NYS AG Eric Schneiderman announced Wednesday that no charges will be filed against two Buffalo Police officers in connection to the death of Wardel "Meech" Davis. 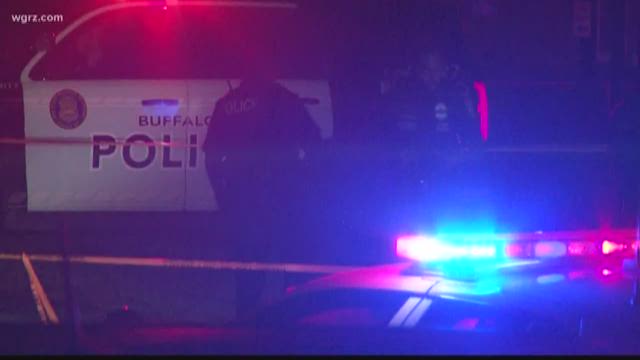 According to the Attorney General, the investigation determined that Davis "died of an acute asthma attack, either exacerbated by the physical altercation or triggered by stress or physical exertion."

The report was based in part by the conclusions of the Erie County Medical Examiner, who did the initial autopsy, and a review by a pathologist hired by the Attorney general's office as part of its investigation.

Both concluded that Davis had been suffering from asthma and acute bronchitis prior to his encounter with the police, and that no injuries which may have been imparted by police during their struggle were responsible for Davis' death.

While announcing the findings Schneiderman also said, "Our extensive investigation uncovered policies in real need of reform by the Buffalo Police Department and the Erie County Medical Examiner. These systemic issues must be swiftly addressed."

Davis died last February, during an encounter on the city's west side, when Davis was stopped by Officers Todd McAlister and Nicholas Parisi near Hoyt and Arnold streets. Police say Davis became combative and they had to restrain him.

Police also insisted that when it appeared Davis was distressed in his breathing, they uncuffed him, and began rendering aid until medics arrived.

Davis was transported to Buffalo General Hospital where he was later pronounced dead.
His death touched off a series of protests.

The Attorney General got involved under an executive order signed by Governor Cuomo, mandating the office conduct an independent investigation whenever people died during or immediately after a police encounter.

The two officers, have been on paid administrative leave for approximately 10 months, and according to their attorney, are eager to get back to duty on the streets.


We thank the Attorney General's Office for their complete and thorough investigation into this matter. We are in the process of reviewing the report at this time. Our internal investigation is proceeding.