There's so much excitement about UB men's, women's basketball teams in March Madness again, competing for a national championship. 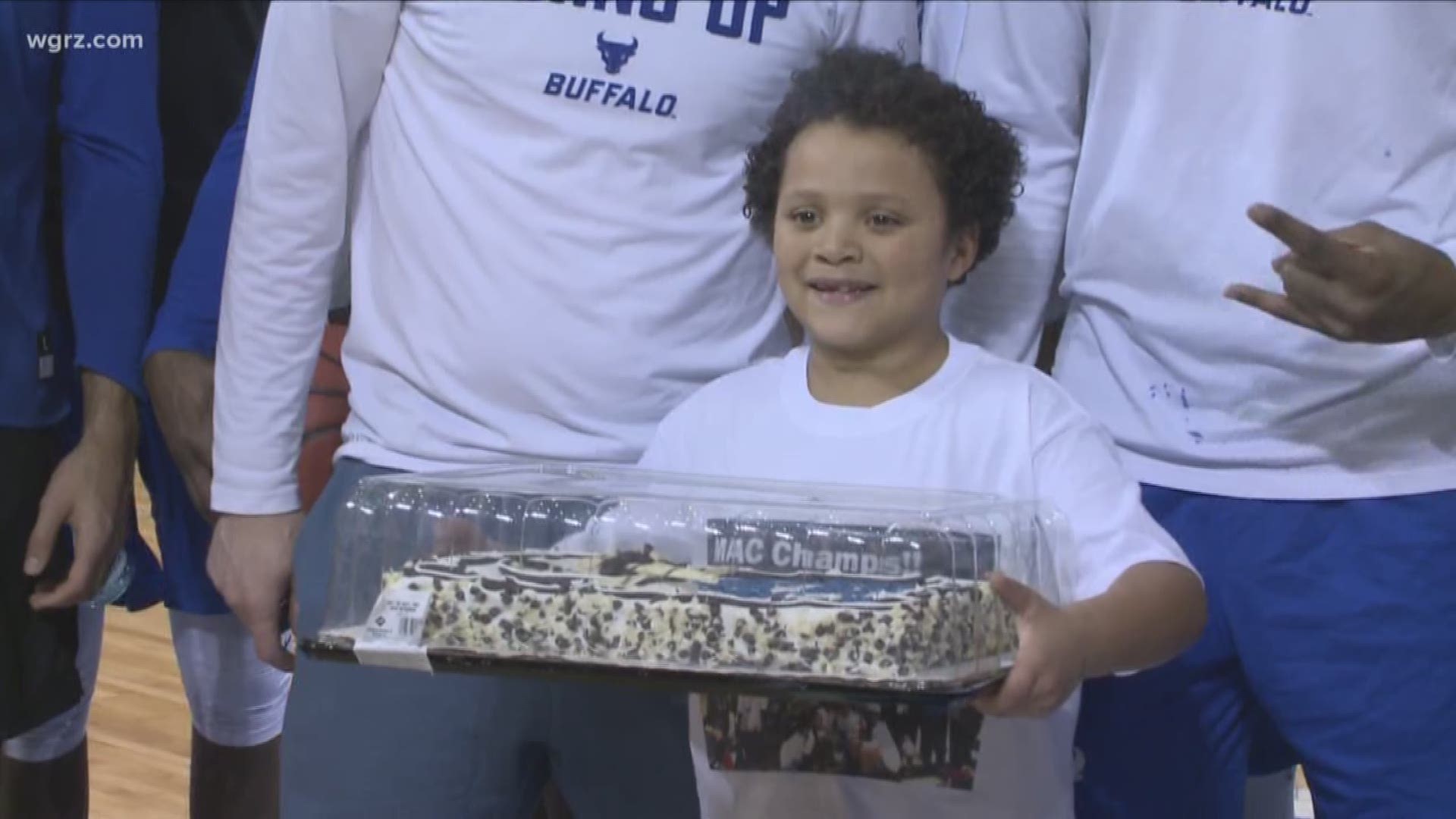 BUFFALO, N.Y. — There's so much excitement about the UB men's and women's basketball teams in March Madness again, competing for a national championship.

With all the success of both programs, UB basketball is growing fast.

UB men's basketball is on fire -- winners of its last 12 games, and with 31 wins this season, the Bulls are tied for the most wins of any team in the country.

For super fans such as Joseph DiStefano, a UB senior, who is also the cowbell guy in the band, he loves this team's spirit.

"They're just making a name for themselves, they're playing so hard out there. I got nothing but respect, having coach (Nate) Oats come, he's unbelievable. I think one of the big things here is we're just a family," DiStefano said.

"Two of the best non-power five teams in the field are in the West -- Buffalo as a 6 and Nevada as a 7. And we've talked a little bit about Buffalo, they're legit, obviously beat Arizona last year, and they're better than they were last year," ESPN college basketball analyst Jay Bilas said.

And the UB basketball program is having a larger impact.

The school's athletic department says the combined attendance for men's and women's games went from 70,000 last year to more than 100,000 this year.

Season ticket sales are up 40 percent.

For the UB men in the past, they've had issues just filling out some of the front rows for home games at Alumni Arena.

This year for the first time ever, the Bulls sold standing-room only tickets.

"It's always good to have demand that exceeds supply. In some cases that means that you have a product that is wanted," said Mark Alnutt, the director of athletics for UB. "We'll accommodate everyone until the fire marshal says no more."

"The excitement is out there. You can sense it from this community, obviously from the university, and the support that we're getting from the City of Buffalo has been fantastic," Alnutt said.

And with that comes more nationally televised games -- UB men went from 10 last year to 15 this season.

And the school measures what's called "total reach." Basically, UB looks at all media that is done about it to see how many eyes are looking at UB -- and the calculation on that was 1.5 billion people this year -- up from more than 500 million people a year ago.

It's here: Buffalo earns 6 seed in West for NCAA tournament

So you want to go to the big dance?