Players started Friday night and will continue nonstop through the evening of August 11. The event helps raise money for WNY mental health organizations. 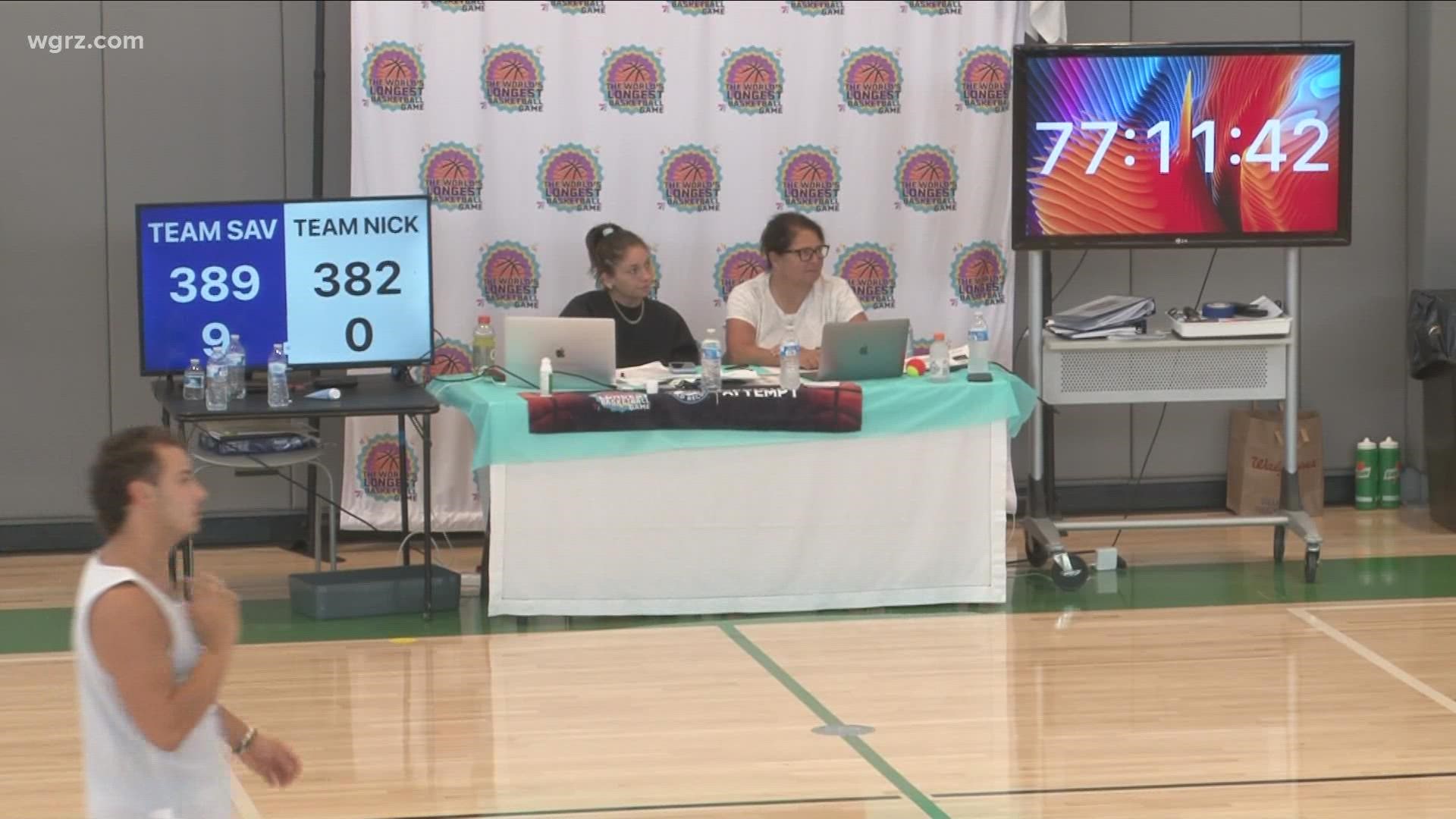 BUFFALO, N.Y. — A group of Western New Yorkers began the weekend working to break a world record for the world's longest basketball game.

Players started Friday night and will be playing nonstop through the evening of August 11.

The game is also raising money for mental health resources. Organizers lost a close friend to suicide back in 2017. Now they're playing around the clock with the hopes that they will break a record, and stigmas around mental health.

The event has helped raise tens of thousands of dollars for mental health organizations in Western New York.

"On Wednesday, August 11, a Guinness World Records judge will fly into Buffalo, and there will be a whole ceremony, and there will be balloons. It will be very exciting," Ariana Revelas, the director of media operations, told 2 On Your Side.

"We have evidence witnesses working around the clock, and video recording all the time, so we can make sure we're following all the rules, and we can actually break the record."

Savannah Revelas, a player and co-organizer, added: "Everyone that is here has a connection to mental health, whether it's themselves, friend or family. Everyone is here for the same goal: to break the stigma and break the record."