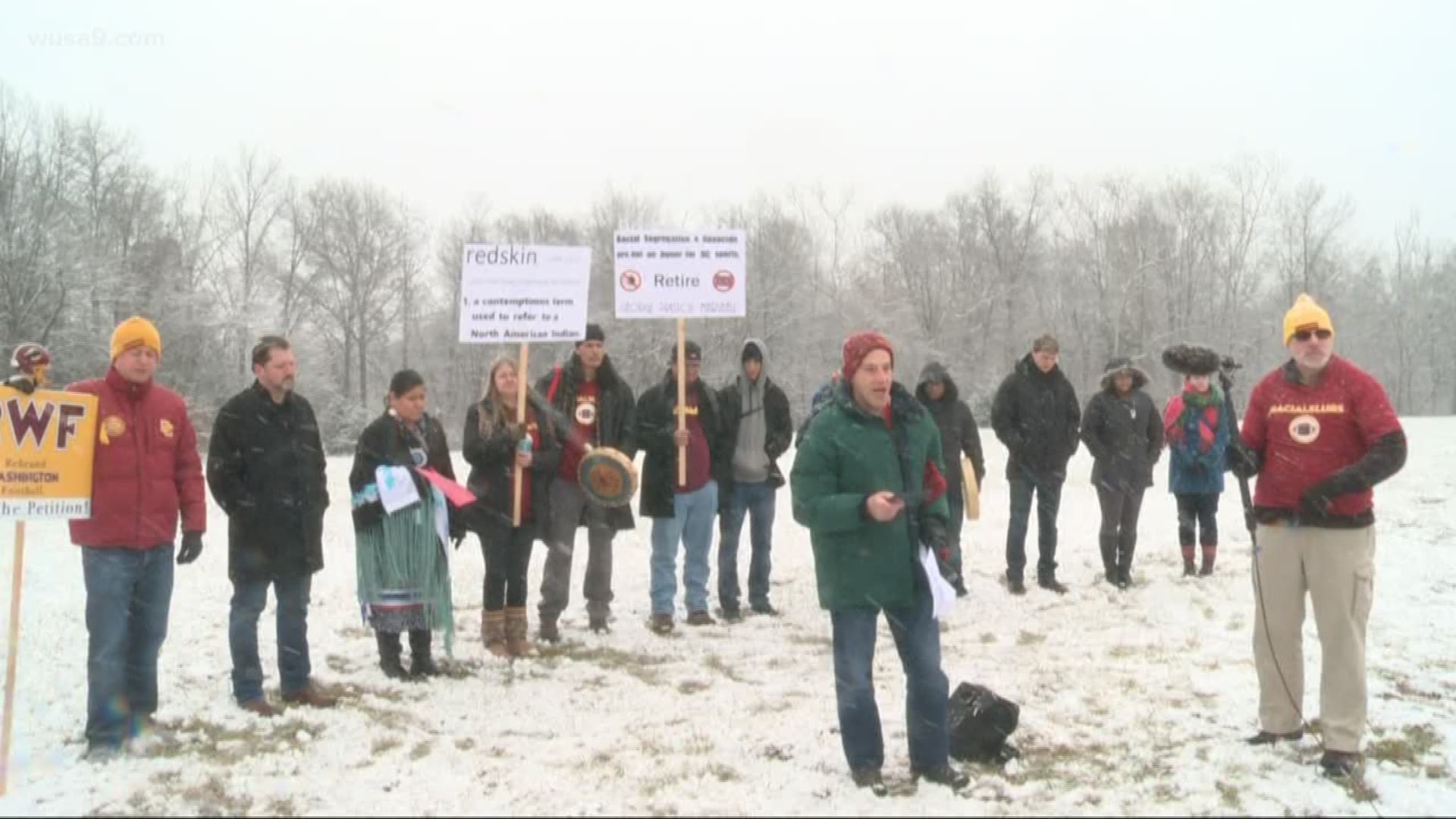 It's been a debate for years and it continues. Should the Redskins drop their nickname?

Washington football team owner Dan Snyder has refused to get rid of the Redskins name which serves as the official mascot of the team. But Rebrand Washington Football wants to change that.

The organization, founded in 2015 by local fans to advocate for the team to adopt a less offensive term, delivered the petitions to the team headquarters for the third year in a row today. They've now totaled over 5300 signatures with petitions.

Even though the team and Dan Snyder weren't there, the group says it's more of a symbolic gesture to come to the practice facility. They wouldn't see the team even if it were a home game.

Local fans were joined by D.C. council member David Grosso and Native American activists. Many of them made remarks about how they feel about the term 'Redskin' and why Snyder should get rid of the dictionary-defined slur. They also played some traditional Native American music at the end.

"The goal is to educate and create public pressure," co-founder Josh Silver said. "He(Snyder) will see how thousands of people want the name to be changed. Hopefully, it convinces him to change his mind."

A few members of different tribes were present including Joe Gaines. He shared a very passionate message.

"Dan Snyder, we are not your mascot," Gaines said. "We're not a caricature. We are human beings. We have feelings. We have emotion and aspirations. Why would you want to keep a name that's been proven to be a racial slur?"

D.C. Council member David Grosso shared a similar sentiment in his distaste for the name.

"Representing the entire District, I will never support a financing of a football stadium for this team as long as this name is associated them."

"I don't want my children growing up thinking we're just 'Redskins' because the TV says, the franchise says," Gaines passionately said. "I don't want them going to school, and other kids are teasing them saying, 'oh you are just a 'Redskin.' I've seen you on TV."