The M&T Bank Shark and Ray Bay is a place where visitors can interact with sharks, stingrays, crabs and more. 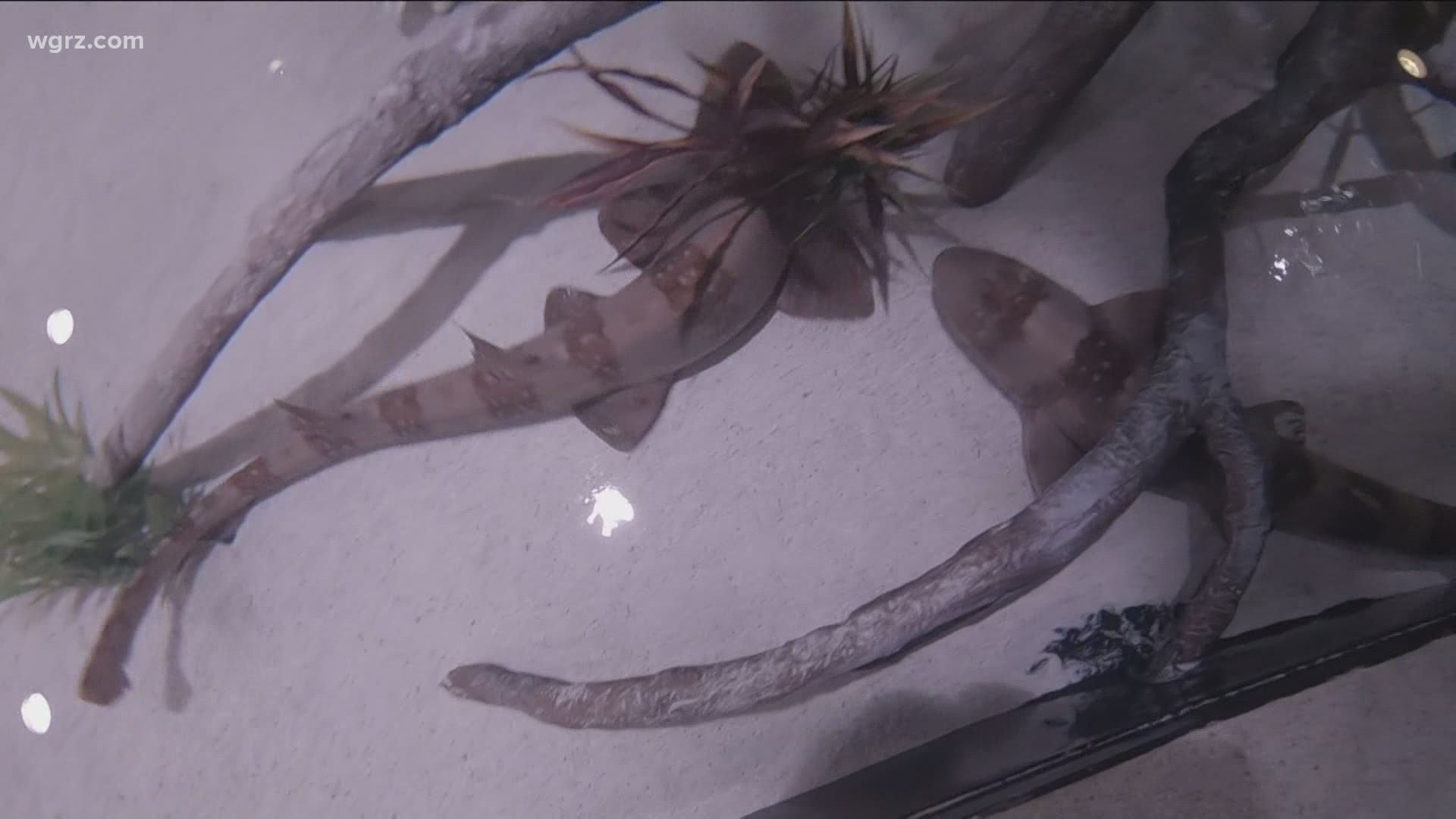 NIAGARA FALLS, N.Y. — The Aquarium of Niagara is unveiling a brand new COVID-safe interactive exhibit on Thursday that allows visitors to get up close and personal with some marine animals.

The aquarium offered a first look at its new M&T Bank Shark and Ray Bay on Thursday afternoon. The hands-on exhibit will allow guests to interact with stingrays, sharks and other marine invertebrates.

The aquarium started constriction on the nearly $2 million project back in September of 2019. It marks the aquarium's third major project in three years.

"It's the same physical structure that all of these new exhibits have gone into. This is where imagination and vision come in," New York State Assemblyman Angelo Morinello said.

Elected officials, staff members, sponsors and partners of the aquarium gathered Thursday afternoon to celebrate the opening of the exhibit.

Gary Siddall, the executive director of the aquarium, commented on juggling the opening of a touch-pool exhibit while still dealing with COVID-19.

"A couple of good pieces of information. One, the virus does not actually live in saltwater which this exhibit is," Siddall said. 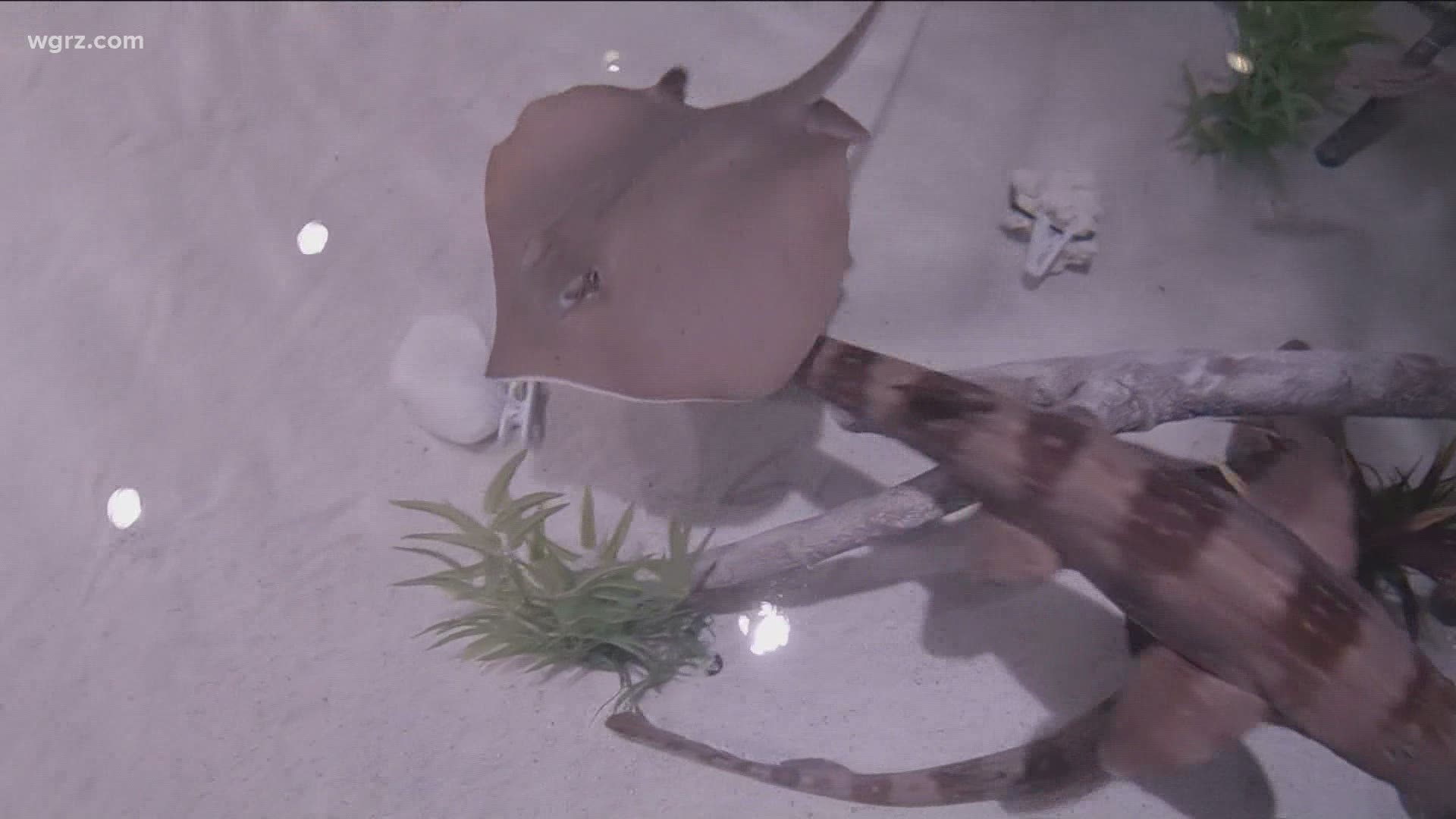 He added, "There is 35-hundred gallons of saltwater and we'll be asking all of our participants not only to follow all the guidance, rules and policies that we have in place as a part of general admission and visitation to the aquarium, but everyone will be asked to wash their hands before interacting with the space as well as sanitizing them after interacting with the animals as well."

Several speakers stressed that it took teamwork with business and government partners to make this day possible.

They also said the enhancements at the aquarium are just one example of the momentum in Niagara Falls tourism.

"It's that constant evolution that the aquarium makes to continue to be exciting and relevant and a purposeful part of the City of Niagara Falls that I want to say thank you for because, in the midst of all the other things happening, the aquarium continues to be a bright light here downtown," Niagara Falls Mayor Robert Restaino said.

This new exhibit will join the facility's more than 120 species of marine life. It is expected to be the second-largest exhibit in the Aquarium's history.

To learn more about the new exhibit, click here.

#TBT to when we broke ground on M&T Bank Shark & Ray Bay! We're getting VERY close to opening the exhibit. Stay tuned for updates! pic.twitter.com/LFalh6A9xw