Participants in the FreeTHEM Walk will march from Lynchburg, Virginia, back to Buffalo in an effort to bring awareness to human trafficking. 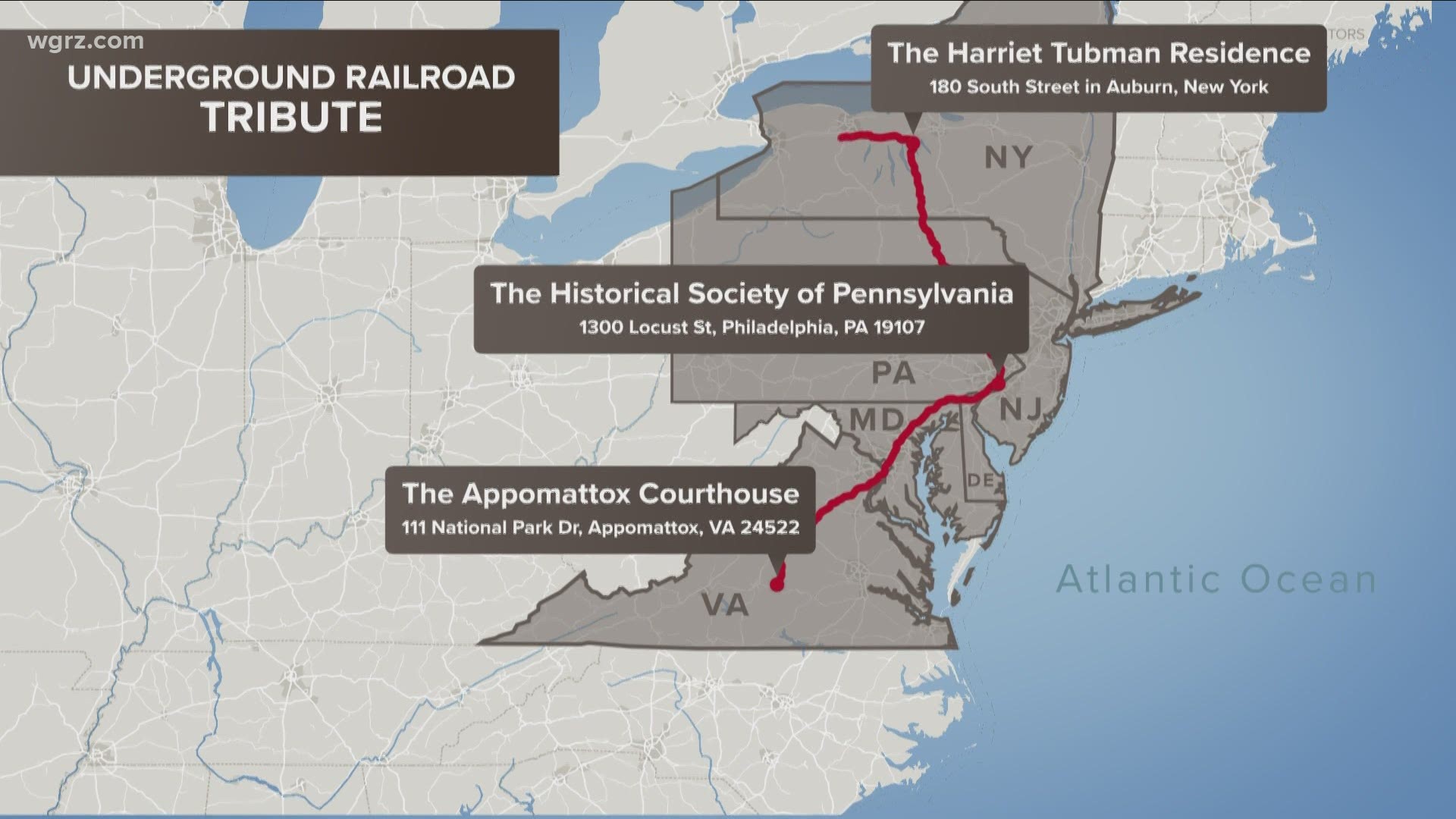 BUFFALO, N.Y. — There was a celebration on the steps of City Hall on Saturday as community members gathered to send off a team called the FreeTHEM Walkers.

The group is led by Kelly Galloway. She's the founder of Project Mona's House and the FreeTHEM Center in Buffalo. Both support victims of human trafficking.

"Human trafficking is modern-day slavery. Over 40.3 million people are affected, generating over 150 billion dollars annually. It is the second-largest crime on the planet. We have to care about it," Galloway said.

The FreeTHEM Walkers will embark on their 902-mile journey on Monday. They are traveling via an RV this weekend to Lynchburg, Virginia, before they walk back to Buffalo. Galloway said the goal is to walk 30 miles a day.

"And we're going to make several different stops on the Underground Railroad, the places that freedom-seekers of the past used to go to, like Harriet Tubman, Henry Box Brown, and William and Ellen Craft," Galloway said.

Galloway told the crowd their trip will send a message that human trafficking must be stopped.

She explained, "It happens not just overseas, but it also happens right in our backyard, and if you don't believe it, say that to the 72 women in our independent living program. Say that to the people who call Mona's House home, and every time they put their head on the pillow they feel safe at night."

The walk will conclude on Juneteenth, a holiday celebrating the emancipation of those who had been enslaved in the United States.

"As an abolitionist, it is our job and our goal to give every single human trafficking victim their own personal Juneteenth, their own day of freedom," Galloway said.

As a result of the walk, Galloway also wants to raise $1 million.

She said that money would go towards the development of a larger human trafficking restoration home in Western New York.