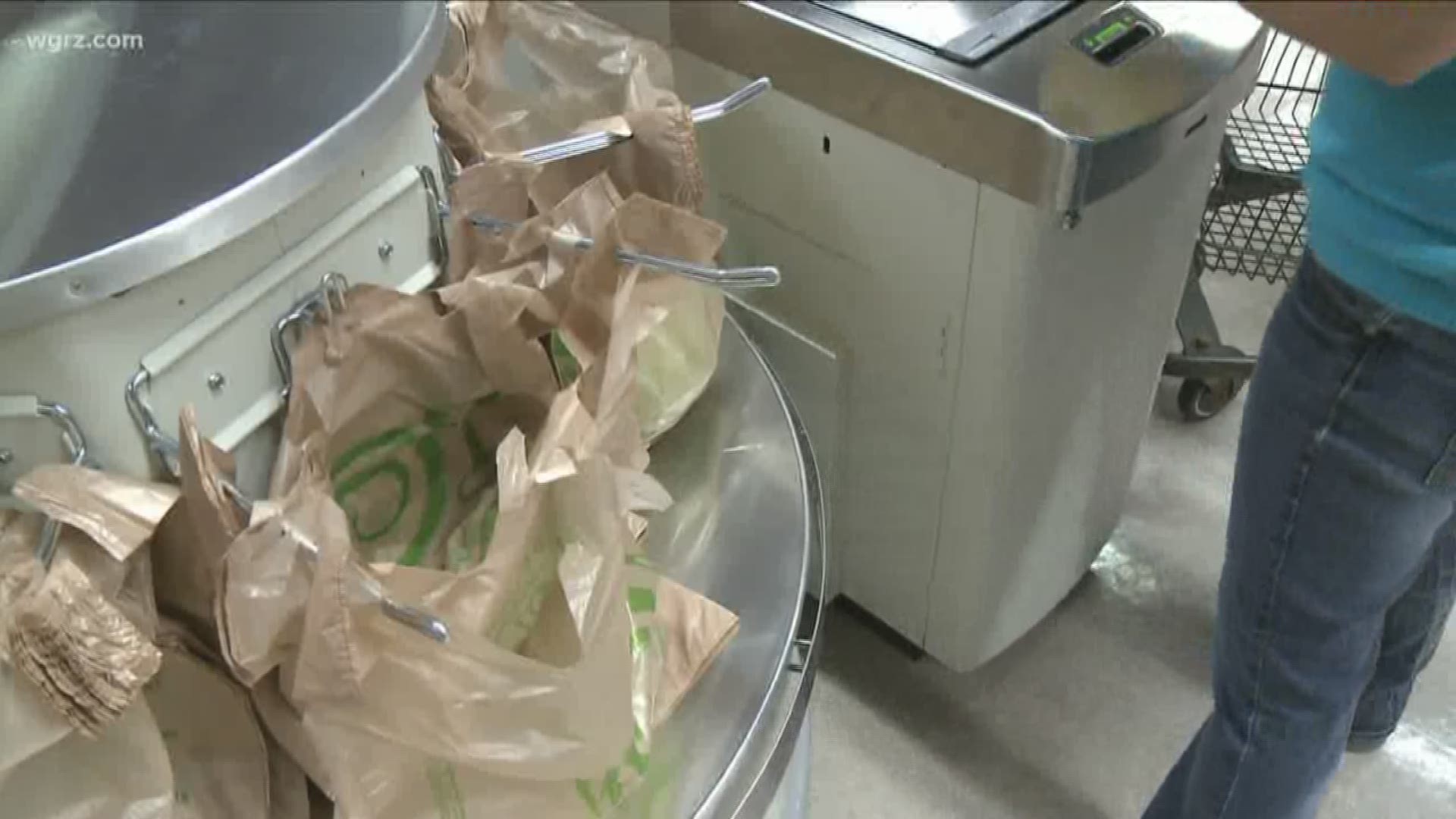 BUFFALO, N.Y. — Wegmans is completely getting rid of plastic bags statewide starting today, and we know that not everyone is quite ready for the transition.

One of the most common questions we've gotten from people is what's going to happen now that Wegmans has gotten rid of plastic bags?

We've heard from a lot of people who want to reuse their plastic bags, we've also heard from people who plan to use hockey bags, suitcases and totes.

Now, we have heard from Wegmans on this and they really are encouraging people to use the reusable bags, but will help people with other ways of transportation. 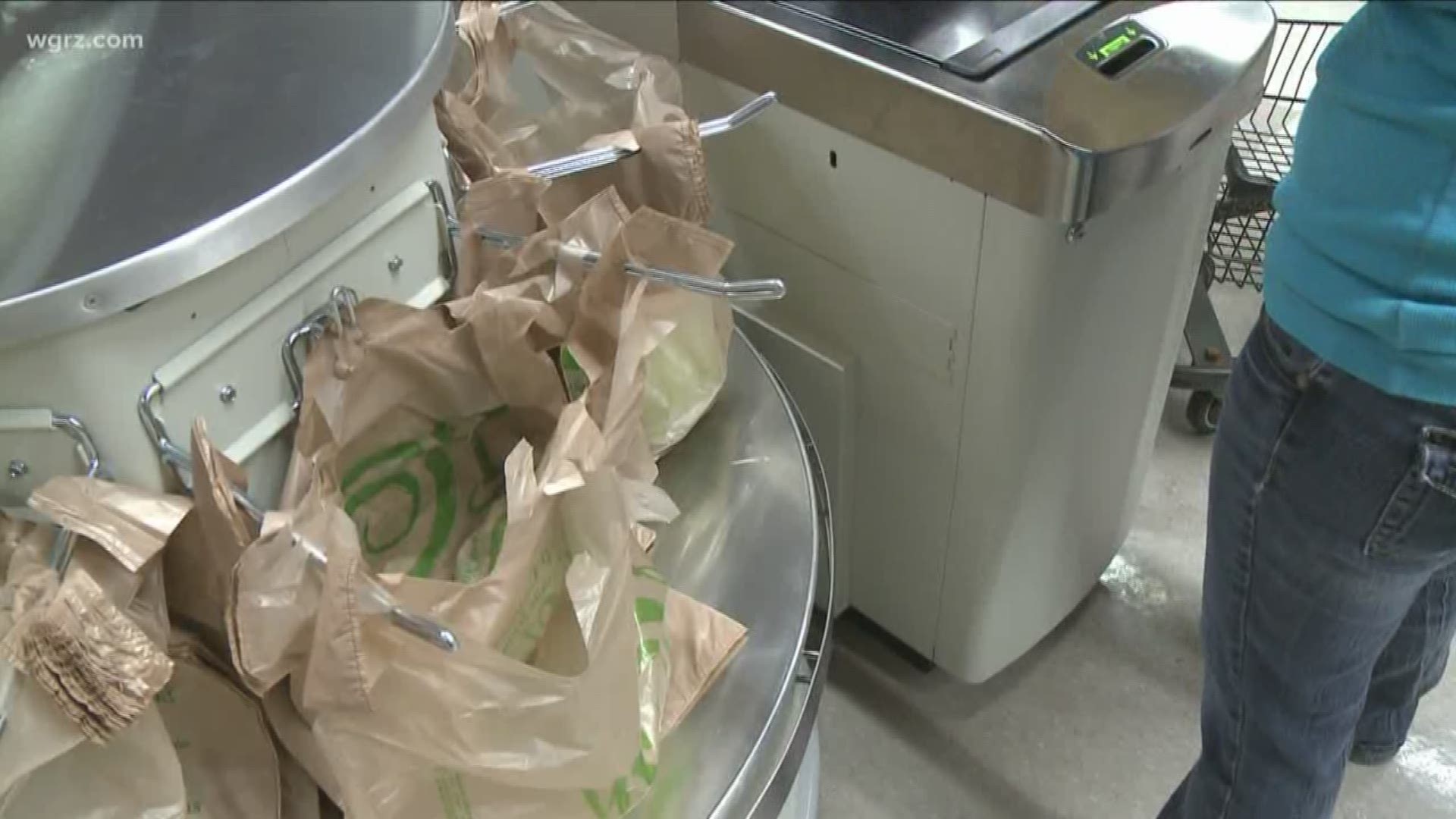 We've also heard from Tops, which says after March 1, people can bring in whatever they want within reason to carry out their groceries.

March 1 is the date plastic bags that you get at the register will be banned.

There are some plastic bags that are exempt, such as bags of deli meat, prescription pills and bulk items.

Counties and cities will be free to impose a $0.05 fee on paper bags.

Another question we've gotten from people is where does that $0.05 fee go?

If a local city or town imposes it, it'll go there. Wegmans says in places where there is no fee, they'll tack on $0.05 cents for every paper bag, and donate the money to a local food bank.

Tops says it plans to get rid of plastic bags when the ban goes into effect March 1.

That's also when Tops will carry a $0.05 fee on paper bags with a portion of the money going to charity. 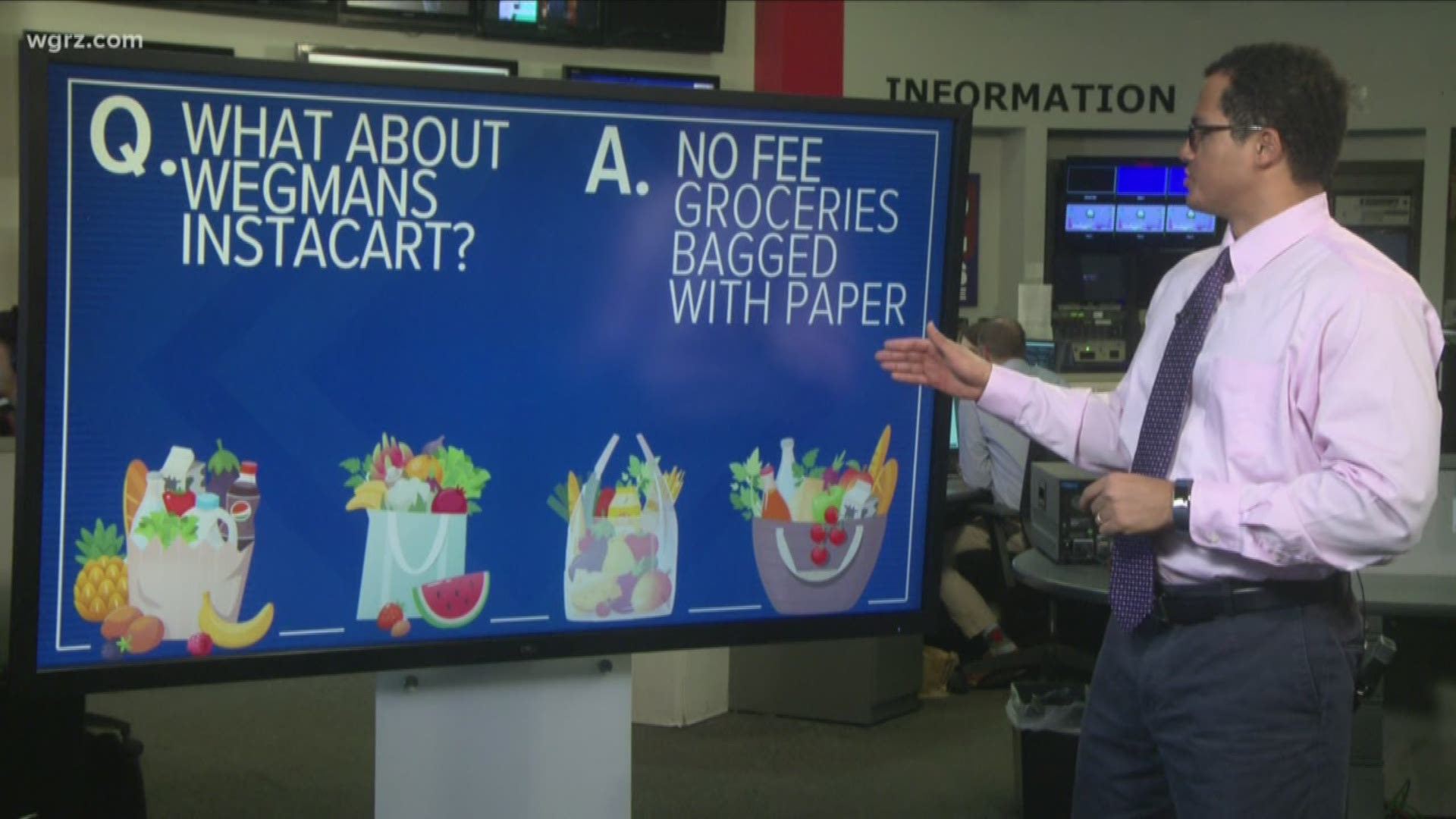