Recent protests along Hertel Ave. have gotten heated with racial slurs and confrontations. Another rally is planned for Friday. 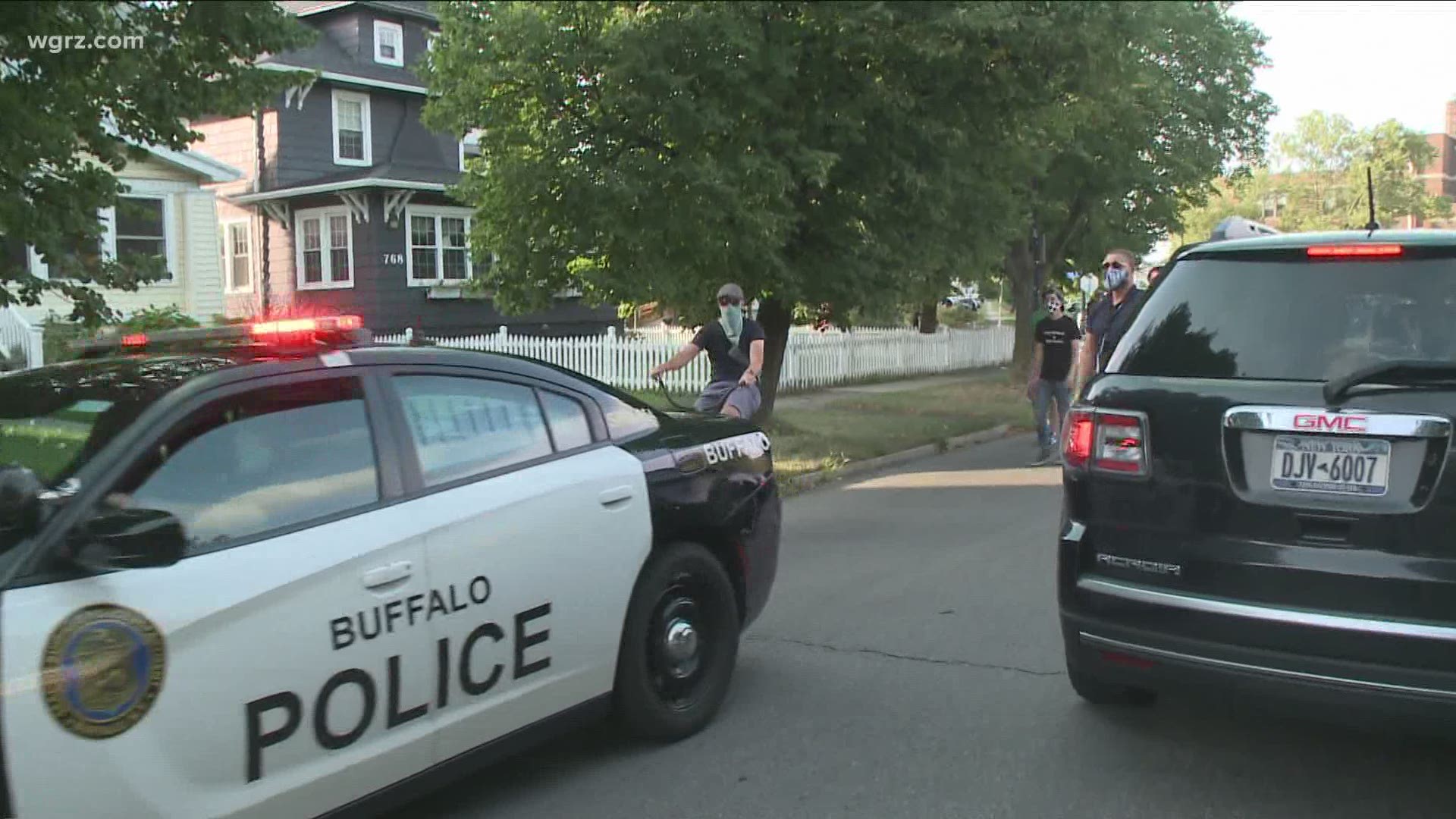 BUFFALO, N.Y. — One day from now, yet another rally calling for peace between police and the community will be held.

It’ll be on Hertel Ave in Buffalo.

But, protests on Hertel have turned confrontational over the past week.

Buffalo Police say they won’t get into specific details on their operational plan for Friday evening, but officials do say they are working to learn who the organizers are of the demonstration and work with them so they can express their First Amendment rights.

There was a demonstration outside MT Pockets Wednesday night that remained under control.

But in two previous protests, things have gotten heated.

Tuesday outside MT Pockets protesters and customers at the bar and an owner of MT Pockets got into a confrontation.

Racial slurs were said and the bar has been shutdown for violating Covid orders.

Last week, during another protest one man seen with a knife yelled racial slurs at protesters – he has since been charged.

"We need to find ways to go beyond protest and get to policy we understand that there is systemic racism and we’ve called that out in this community, we need to continue to call that out," said Buffalo Mayor Byron Brown.

We shall see how the department’s new Public Protection Detail will work.

The detail is part of the city’s police reform agenda.

The unit, which is made up of top police officials, is supposed to work with protesters to try to make sure things go smoothly.

Deputy Commissioner Barb Lark is the coordinator of the detail, which will work with police district chiefs, the department’s traffic division and protesters to make sure people are allowed to exercise their free speech, while working to keep things calm.

Police officials say depending on how large the demonstration is will determine how many officers are needed.

"We’re monitoring as we do for all of them we would certainly ask any of the organizers anyone who’s running these protests please reach out to our our public protection detail the information has been put out there we want to work with you also we want to make sure we’re protecting property and more importantly people," said Buffalo Police deputy commissioner Joseph Gramaglia.

Mayor Brown says that protesters can reach out to Buffalo Police beforehand, but don’t have to and that none of these protests have had permits.