Only a handful of cars pulled up to order breakfast as the door opened, and the first customers were not met with long lines. 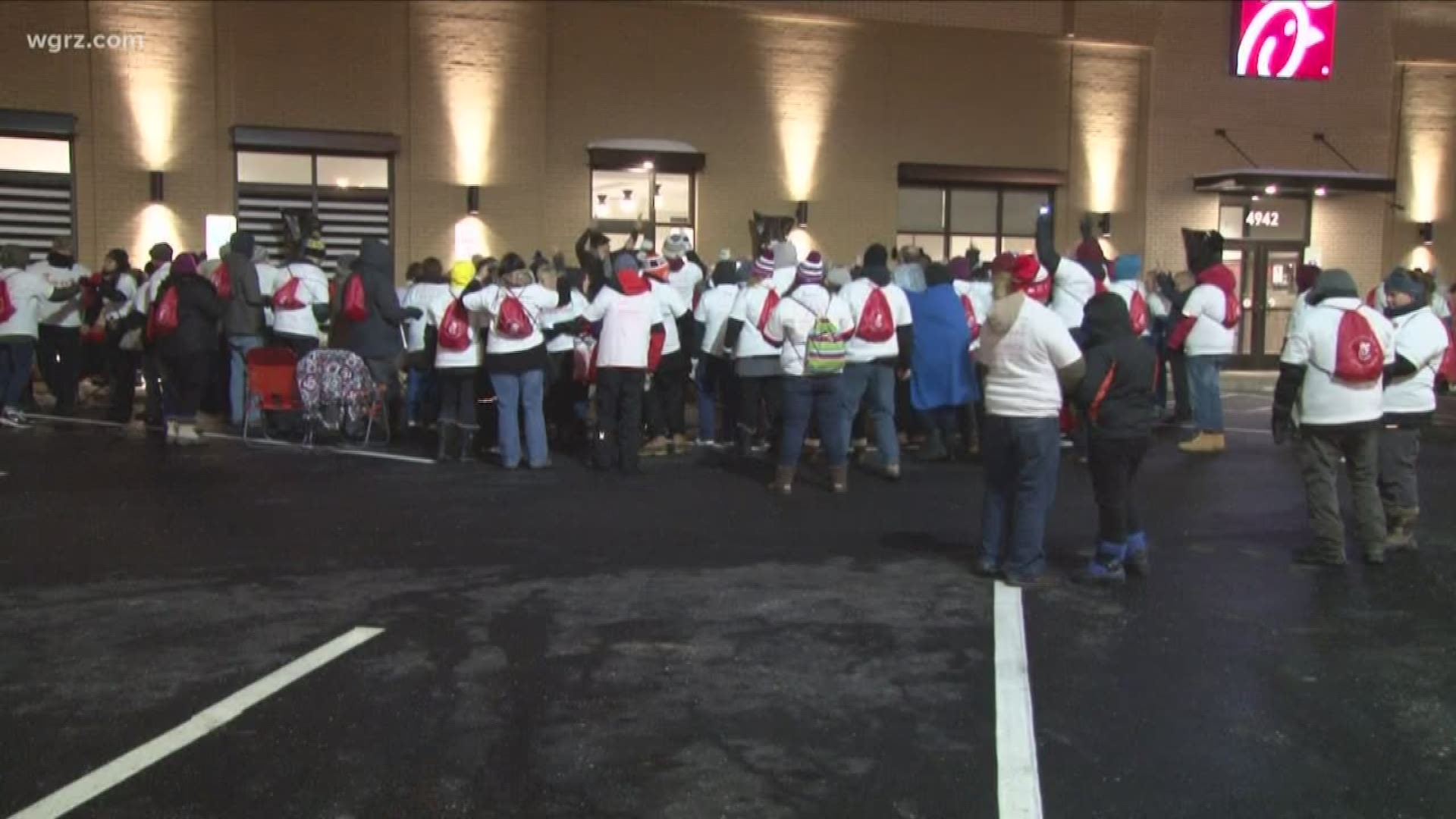 BUFFALO, N.Y. — The second Chick-fil-A opens is now open, located on Transit and Losson in Cheektowaga.

Cheektowaga Police have prepared a traffic plan to ease any congestion, although things were quite calm there as the store opened at 6:30 am Thursday. Only a handful of cars pulled up to order breakfast as the door opened, and the first customers were not met with long lines. 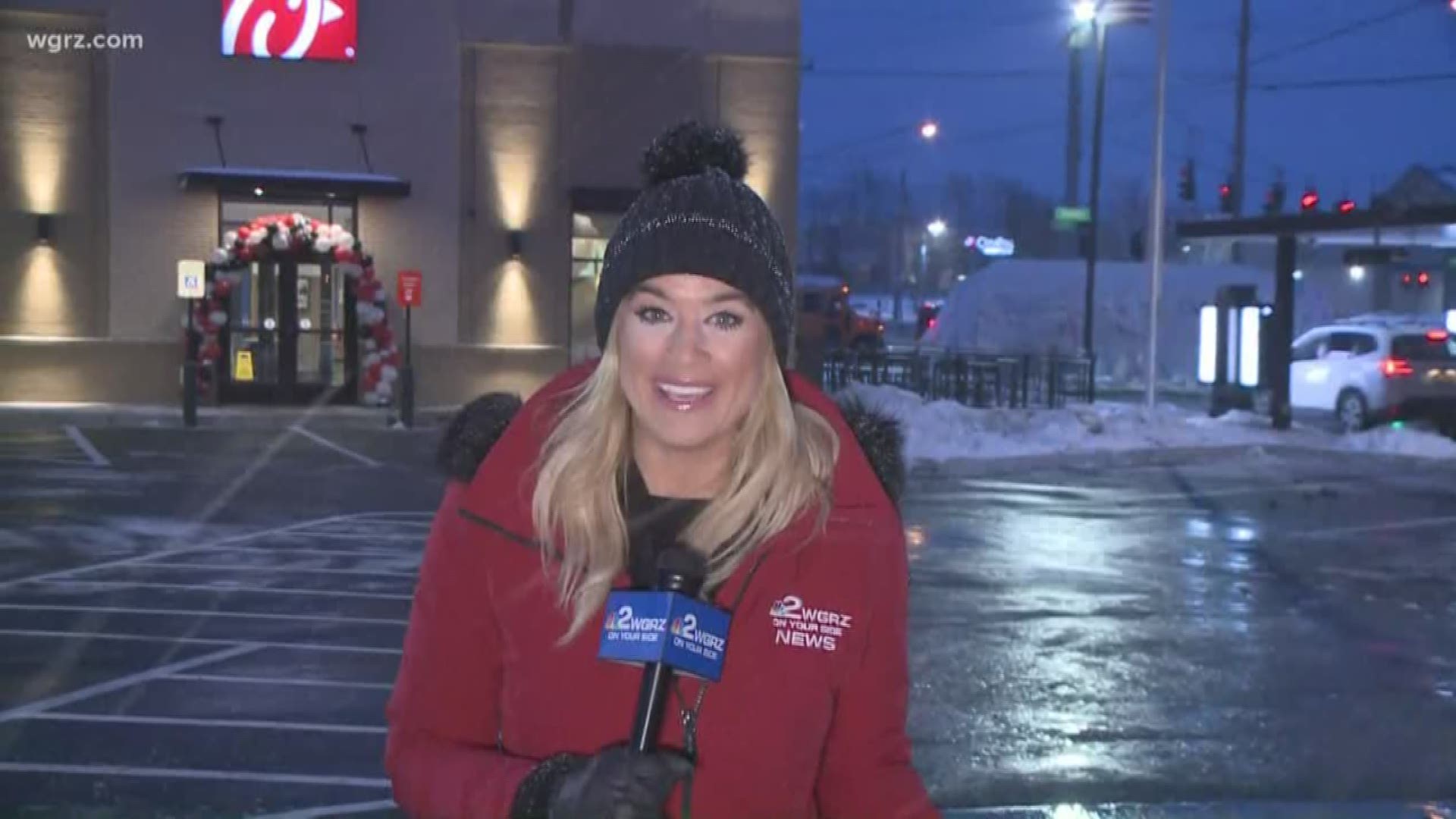 Police officers will be assigned Thursday through Saturday from 11 a.m. to 11 p.m. and additional days if needed.

Wegmans and Chick-fil-A are paying the overtime costs for the officers.

Less than 24 hours before the grand opening,  the parking lot resembled a construction zone. Concrete was still being poured and work on the drive-through lanes was still being put together. 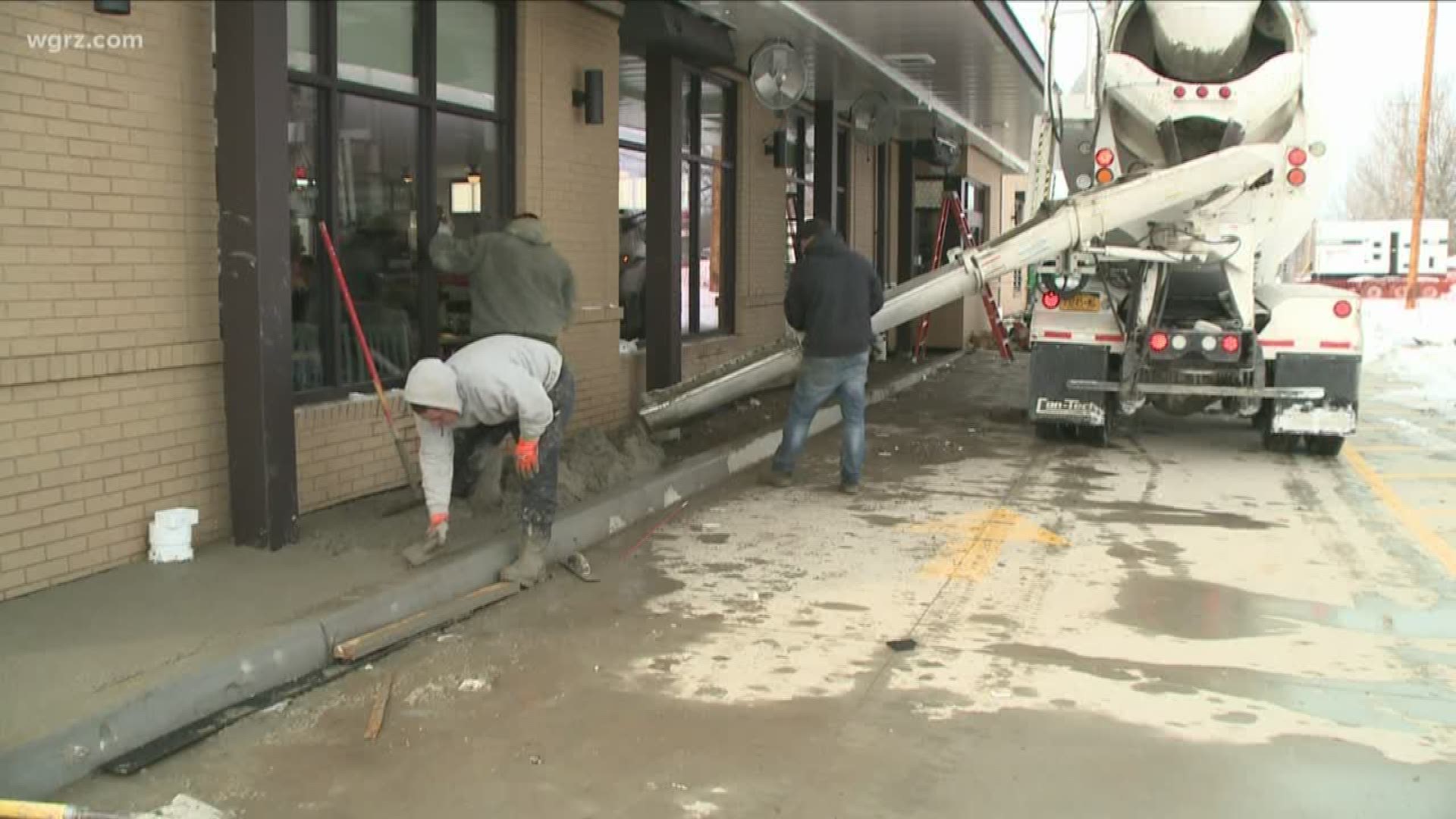 "There's always concern whenever a new business opens of this size with the anticipated amount of traffic to come here. Transit Road is a busy area to begin with at the corner of Losson," the assistant chief said.

Wednesday evening was the First 100 Red Carpet Rollout, a celebration where the first 100 participants will be awarded a year’s worth of free Chick-fil-A (52 No. 1 meals total) to local residents.

"We’re out here having a blast. You can hear the music going, bunch of friends. You know, it’s Buffalo, we’re all family, so we’re just having a good time," said Bryan Edwards of Cheektowaga, who won free Chick-fil-A for a year.

The owner of the newest location is Andrew Privitera.

RELATED: Wegmans North Buffalo store forced to close for a short time due to system malfunction