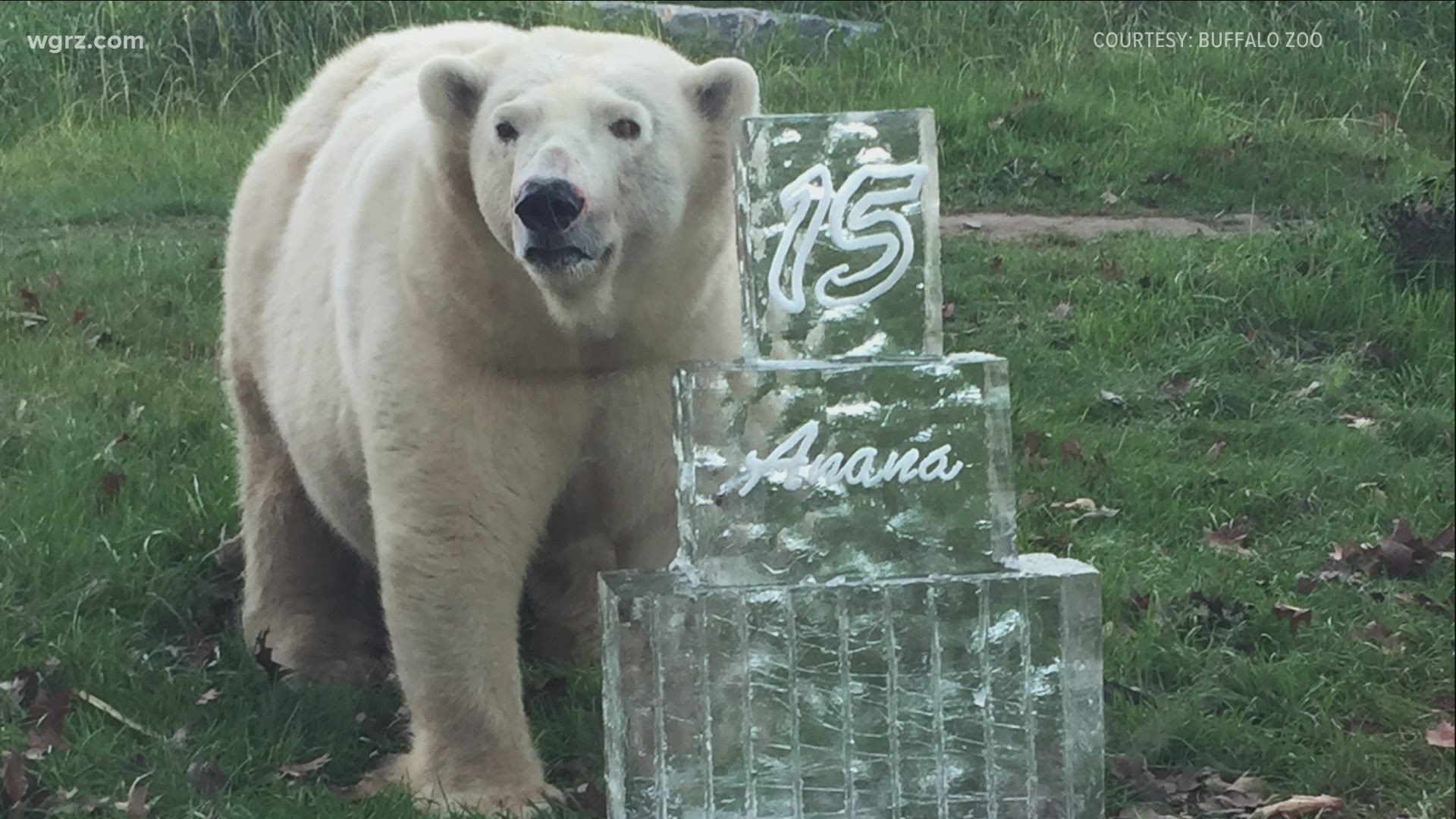 DETROIT — Sad news out of Detroit regarding a polar bear who used to call the Buffalo Zoo home.

Anana, a 20-year-old bear and mother to the Buffalo Zoo's Luna, was killed Monday during a mating attempt with 16-year-old male polar bear Nuka.

“This was completely unexpected and the Detroit Zoo staff is devastated by the loss of Anana in this sudden and tragic event,” Carter said.

Born at the Hogle Zoo in Salt Lake City in 2000, Anana arrived at the Buffalo Zoo in 2002. She gave birth to Luna in 2012 and left for the Cincinnati Zoo about three years later and arrived at the Detroit Zoo just last year.

In a release, the Detroit Zoo said Anana and Nuka were apart for several months before being re-introduced last week as part of the  Association of Zoos & Aquariums (AZA) Polar Bear Species Survival Plan. The plan is considered critical to sustaining this endangered species and recently resulted in the birth of twin cubs fathered by Nuka.

Detroit Zoo officials say Nuka has been with them since 2011 and has lived with and bred with several other female bears without showing any harmful behavior.

The Detroit Zoo has not had an incident of one animal killing another since 1988. That last occurrence was with polar bears as well.