Absent of NYS guidelines, fair organizers face a deadline to decide if they can proceed and under what circumstances. The governor promises to tell them soon. 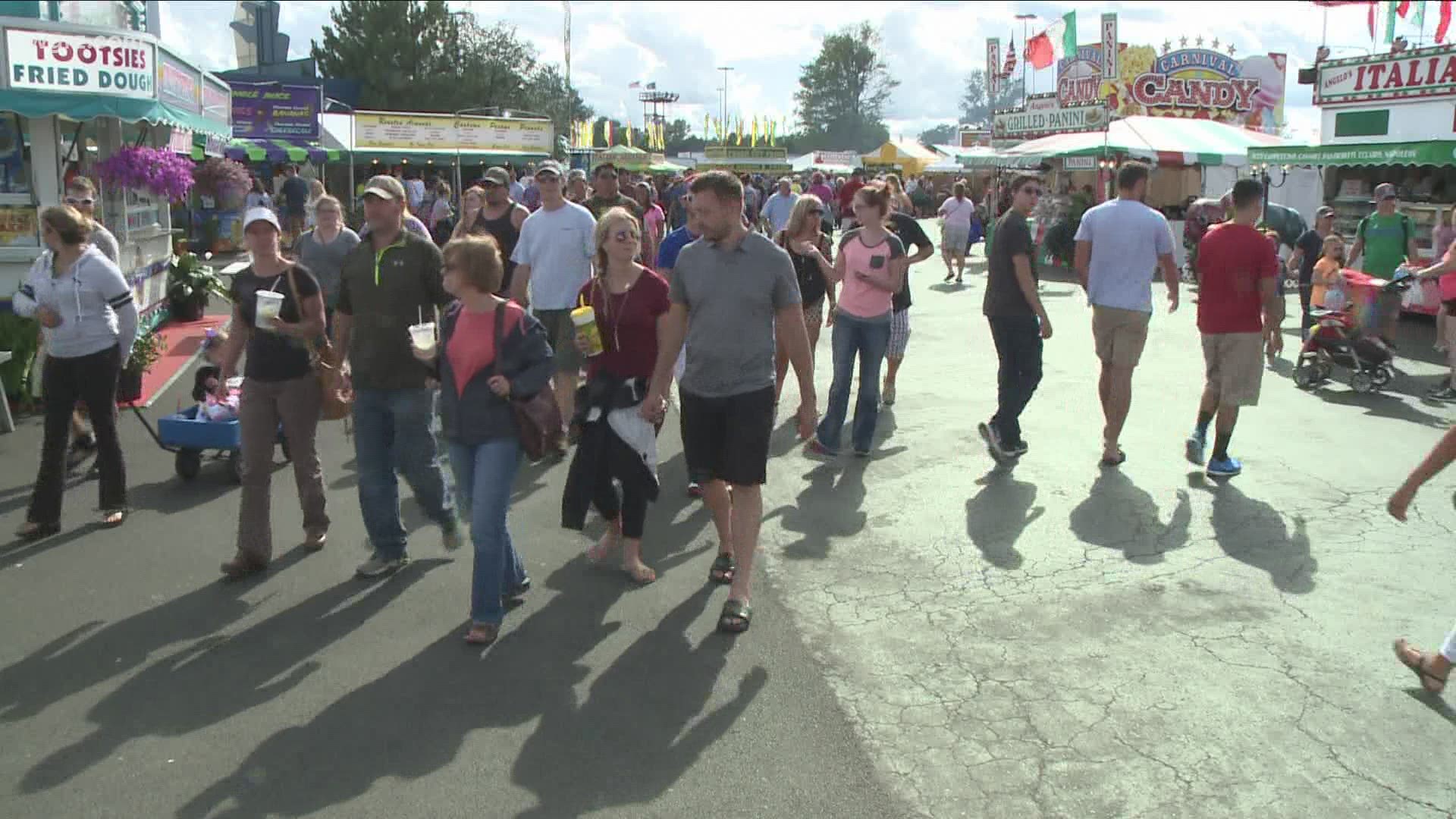 BUFFALO, N.Y. — New York Gov. Andrew Cuomo said on Wednesday that the state will decide within a week whether the Erie County Fair can proceed, and under what circumstances it might do so.

On Tuesday, Fair officials produced a consultants report, which concluded that the fair could be held safely without causing a rise in COVID-19 cases even at full capacity, by the time it is scheduled to occur begging August 11.

The fair, which annually draws more than 1 million attendees, making it the largest annual event in Western New York, was postponed last year due to concerns about the coronavirus pandemic.

"We will review their report," Cuomo said during a visit to Buffalo.

"Time is of the essence because the Erie County Fair needs an answer, and they will have an answer within one week."

Cuomo: @ErieCountyFair will get guidance it needs next week to hold the fair Suggests it’ll be similar to NYS fair which he announced on 4/27. But if that’s the case, why weren’t’ County fairs, some of which had to cancel, told this? His answer tonight on the news on @WGRZ TV 2 pic.twitter.com/J8sNkRyMat

Time is of the essence

It was more than two weeks ago that the governor announced that the New York State Fair in Syracuse would be allowed to proceed at 50% capacity.

However, if that's the case, it stands to reason that Erie County Fair officials could have been given the green light when the governor approved the State Fair.

"We have to see if there are applicable differences," said the Governor, even though there would, on the surface, appear to be none between be the two events, which are of similar size and run in a semi-concurrent time frame to one another.

Once they get an answer as to how they may be allowed to proceed Erie County Fair Officials, whose event is scheduled to take place in just three months, will have to decide if it makes economic sense to have the fair, and if they can attract vendors and ride operators to set up if they can only expect a limited amount of income compared to prior years.