The governor ordered flags to be placed at half-staff at state landmarks, including Niagara Falls, to be lit Sunday in honor of essential workers who died of COVID. 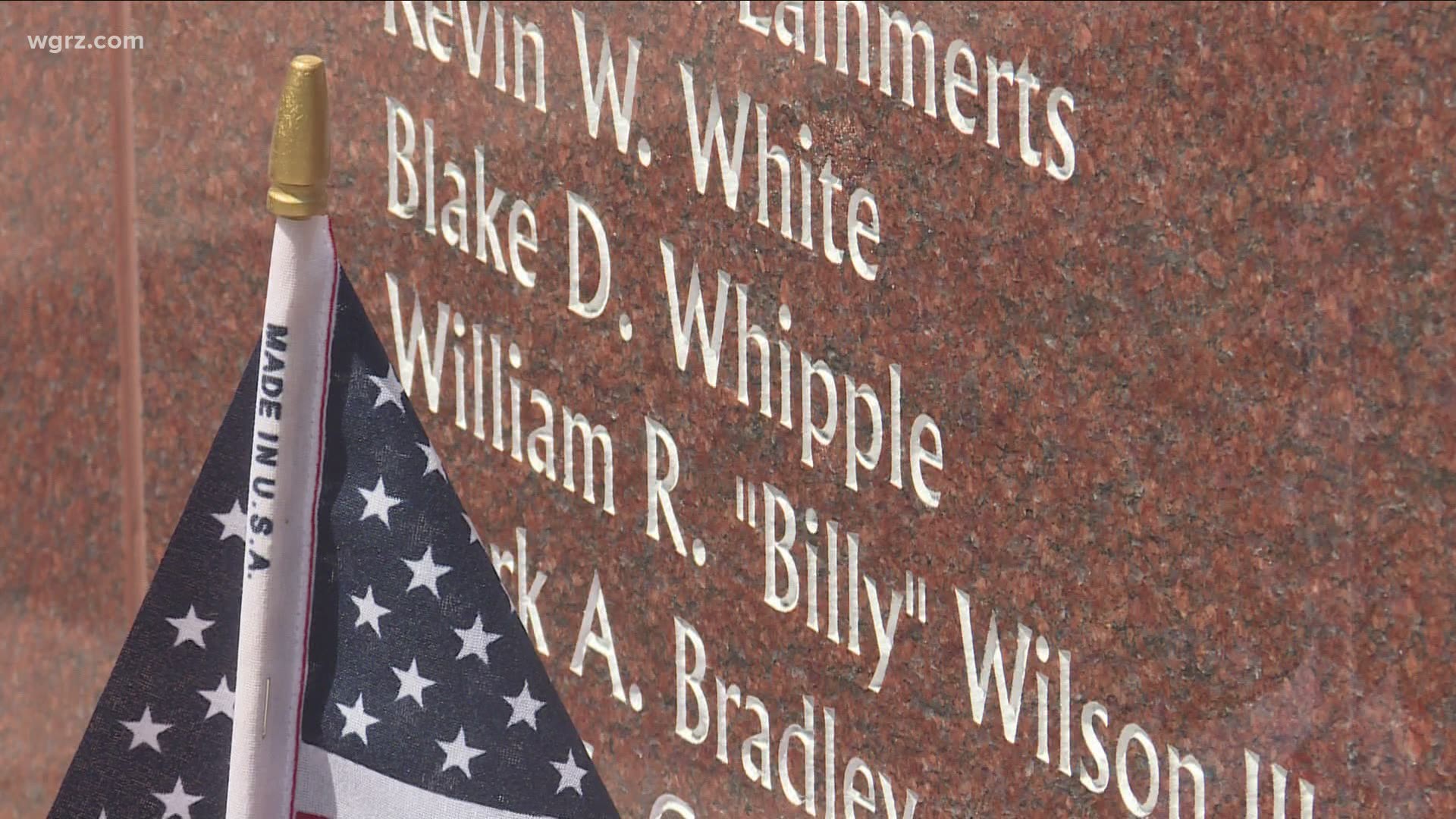 The New York State governor has ordered flags to be placed at half-staff at state landmarks, including Niagara Falls, to be lit this Sunday in honor of essential workers who lost their lives to COVID-19.

The state says flags will remain at half-staff until noon, and the landmarks will remain lit on Monday for Memorial Day to honor service members who lost their lives defending the country.

Here's what the Governor said when he announced the plans.

2 On Your Side asked Dan Frontera, an Iraq war veteran and the organizer of the Afghanistan-Iraq Memorial at the Naval Park, and David Whipple, who lost his son Blake in Afghanistan, about their reaction to the governor's comments and plans for the Memorial Day weekend.

"There are a number of days that recognize the military, but Memorial Day is the only day that recognizes the fallen soldiers, Navy, and it's all about them," Whipple said. "And to take another group, a deserving group, and comingle that with these folks, for over 200 years, who have fought for our freedom, lost their lives?

"No, I disagree with the decision to comingle, even if it's Saturday, Sunday versus Monday. That weekend is Memorial Day weekend. That's for a special group and we ought to keep it that way."

"Yes, recognize the people who were there to support COVID. Recognize the first responders, the nurses, the doctors who gave everything they had," he said.

"But this holiday, this weekend, when you raise your glass, when you have your barbecue, it's not about them. It's about the young men and young women who gave their lives, who will be forever young, in the service of this nation. It's not about what Governor Cuomo wants, not at all."

2 On Your Side reached out to the Governor's office earlier in the week about the tweet.

Rich Azzopardi, Senior Advisor for Governor wrote: "Memorial Day, which honors soldiers who paid the ultimate price to defend this nation, is Monday‎ and we are honoring those who stayed on the front lines and paid for it with their lives to help us fight this pandemic the day before. This isn't either/ or and surely there is enough space in our hearts to honor all these heroes in one weekend."