Report: Cuomo aides told Hochul she would not be his 2022 running mate

She was asked Wednesday if that was true, and why the then-lieutenant governor didn't call for his resignation after that happened. 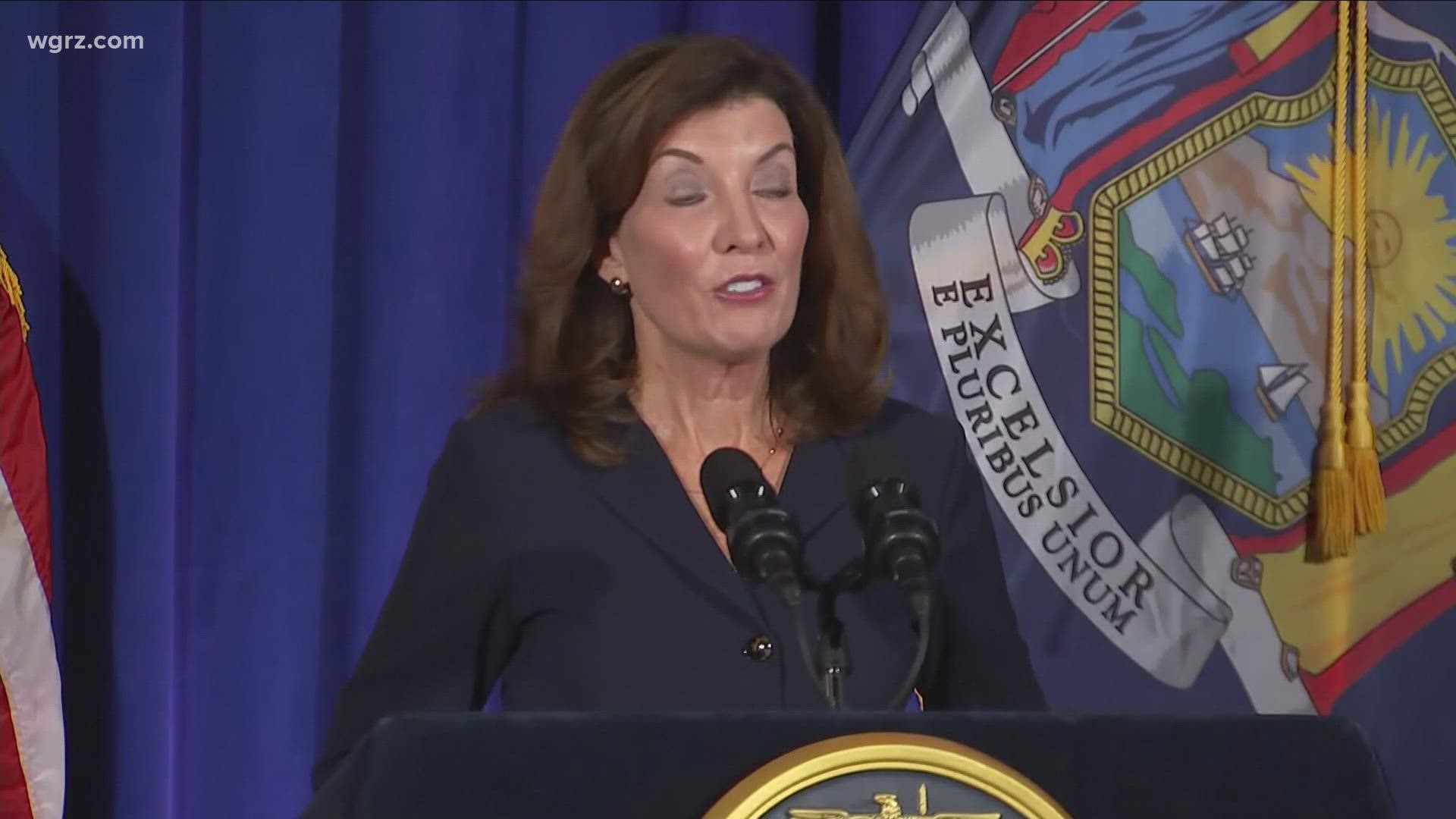 ALBANY, N.Y. — The New York Post is reporting that top Andrew Cuomo aides had told then-lieutenant governor Kathy Hochul that she would not be Cuomo's running mate when he ran for re-election next year.

That was before Governor Cuomo's resignation, and the paper cited sources as saying the two of them had "no relationship."

She was asked Wednesday if that was true, and why she didn't call for his resignation after that happened.

"It's an open secret that we were not close," Hochul said. "This was attempted at the end of the 2014 primary, this was attempted in 2018, and I'm still standing. I believe I have a right to represent the people who put their faith in me, and I plan to continue to.

"I did call for the resignation at the end of February, or not the resignation but a study. That was the appropriate step because I think as everybody understood, as the next in line, it would look self-serving so I said I want a full investigation, I will stand with the results of that investigation, and that's what I did."

Hochul said there will be an announcement Thursday about staff changes in her administration, which will keep to her commitment of removing anyone named in the Attorney General's sexual harassment investigation of Cuomo.