Senator Sean Ryan told 2 On Your Side that this is not the first time the community has had to pay the consequences for Amigone's mistakes. 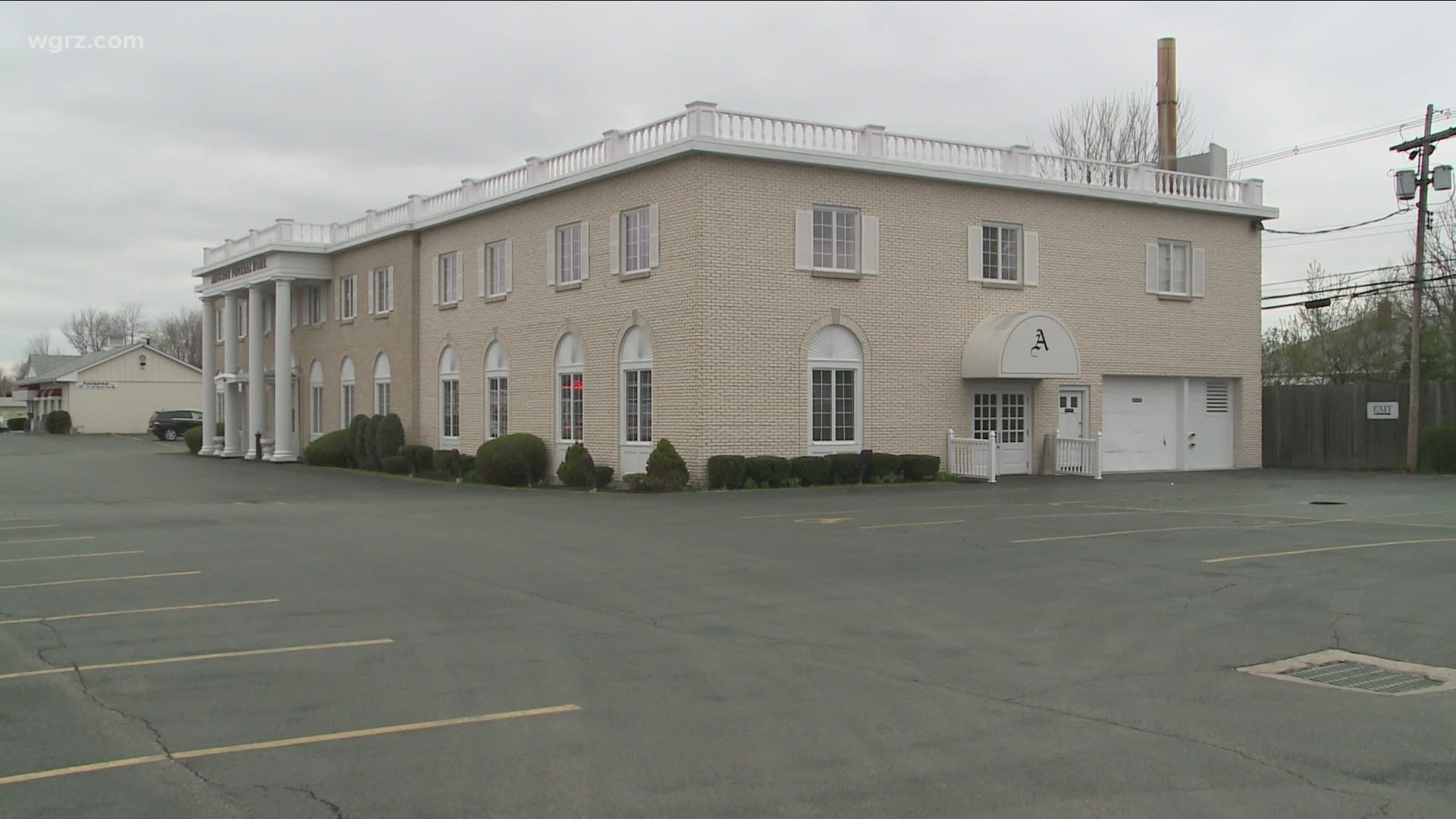 The crematory was temporarily shut down by the New York State Department of Environmental Conservation (DEC) after a September incident where heavy black smoke was seen coming from the building during a cremation.

“While the fine and new consent decree from the DEC are a good first step, I'm not convinced that Amigone's crematory should be able to continue to operate, with the health and safety of Tonawanda residents at risk,” Ryan said.

Conrad said in a press release that the reopening still leaves concern for residents living in the vicinity of the crematory.

The DEC says that it "will rigorously monitor Sheridan Park Crematory to ensure its full compliance with applicable state rules and regulations when this facility resumes operations."

The two legislators have been vocal about wanting the DEC to revoke the crematory's permit, which would force it to move out of their area.

According to the DEC's compliance schedule for the crematory, the company has already had to make adjustments to its cremation system, including a new emergency shutdown program to help prevent the issue that caused the black smoke.

The crematory will also now follow additional recommendations from the manufacturer of it's system, which relate to timing and the weights that the system can bear. It will also have to submit to different emission tests and send samples to the DEC.

The incident had happened during the second cremation of the day, when the crematory bypassed its pollution control system during an issue with the cremation system.

This was a photo taken by a local official back in a Sept. on Sheridan Dr. That thick black smoke is coming from Amigone Crematory...

After being shut down by the DEC, today the state gave the facility clearance to reopen under strict surveillance @WGRZ pic.twitter.com/lRviprJVYQ

But despite new strict rules and regulations, new equipment concerns and frustrations are circulating about the state's decision to reopen the crematory.

Ryan told 2 On Your Side that this is not the first time the community has had to pay the consequences for Amigone's mistakes.

Tonawanda Supervisor Joseph Emminger, in a Tuesday statement, also stated that he believes this wasn't the first time Amigone committed a violation.

He didn't state what these exact alleged violations were, but focused on the September incident. Emminger emphasized that he believes residents deserve answers to what happened that day and that the DEC let Amigone "off lightly."

"The best would be for the Amigone company to realize they are a mismatch for this neighborhood and make plans to move to an industrial site," Ryan said.

But as a legacy establishment in the neighborhood, the odds are unlikely.

"The neighbors are severely disappointed that this crematorium is allowed to operate again," he said.

One reason for that, Ryan expresses, is that these incidents are becoming far too frequent.

"The neighbors are being told we added more precautions, we added more safety, this will never happen again, but they've heard this before," he said.

(2/2) @SenSeanRyan tells me “neighbors are not happy” & “disappointed” with the state’s decision to reopen...

I reached out to Amigone for a statement either on camera, phone, or via email. Still waiting to hear back. Let’s see if I do by 10/11...@WGRZ pic.twitter.com/aRcK74bl4m

As for the incident back in early September, Ryan says the only reason this has been challenged is thanks to indisputably cell phone video taken by another local official. If not for that, Ryan says, he believes Amigone would likely "deny it happened," as done in the past.

While the DEC maintains strict rules pertaining to air quality and surveillance will be enforced, Ryan says right now the priority should be hearing from the community itself.

Ryan and others are calling for the DEC to hold a public meeting via Zoom so that neighbors can express their concerns and frustrations in real time.

The DEC says it intends to work collaboratively with the community and local officials when it comes to the facility's oversite.

2 On Your Side reached out to Amigone for comment and is waiting for a response.

You can read the full statement from the DEC below:

"The New York State Department of Environmental Conservation (DEC) will rigorously monitor Sheridan Park Crematory to ensure its full compliance with applicable state rules and regulations when this facility resumes operations. DEC is committed to holding all regulated facilities and permittees accountable for violations of New York’s State Environmental Conservation Law and regulations, and executed a Consent Order with the crematory at the Amigone Tonawanda Chapel, holding this facility accountable for air quality violations observed in September 2020."