Early Monday morning Amherst police said somebody fired multiple shots fired toward a McDonald's. Nobody was hit by the gunfire. 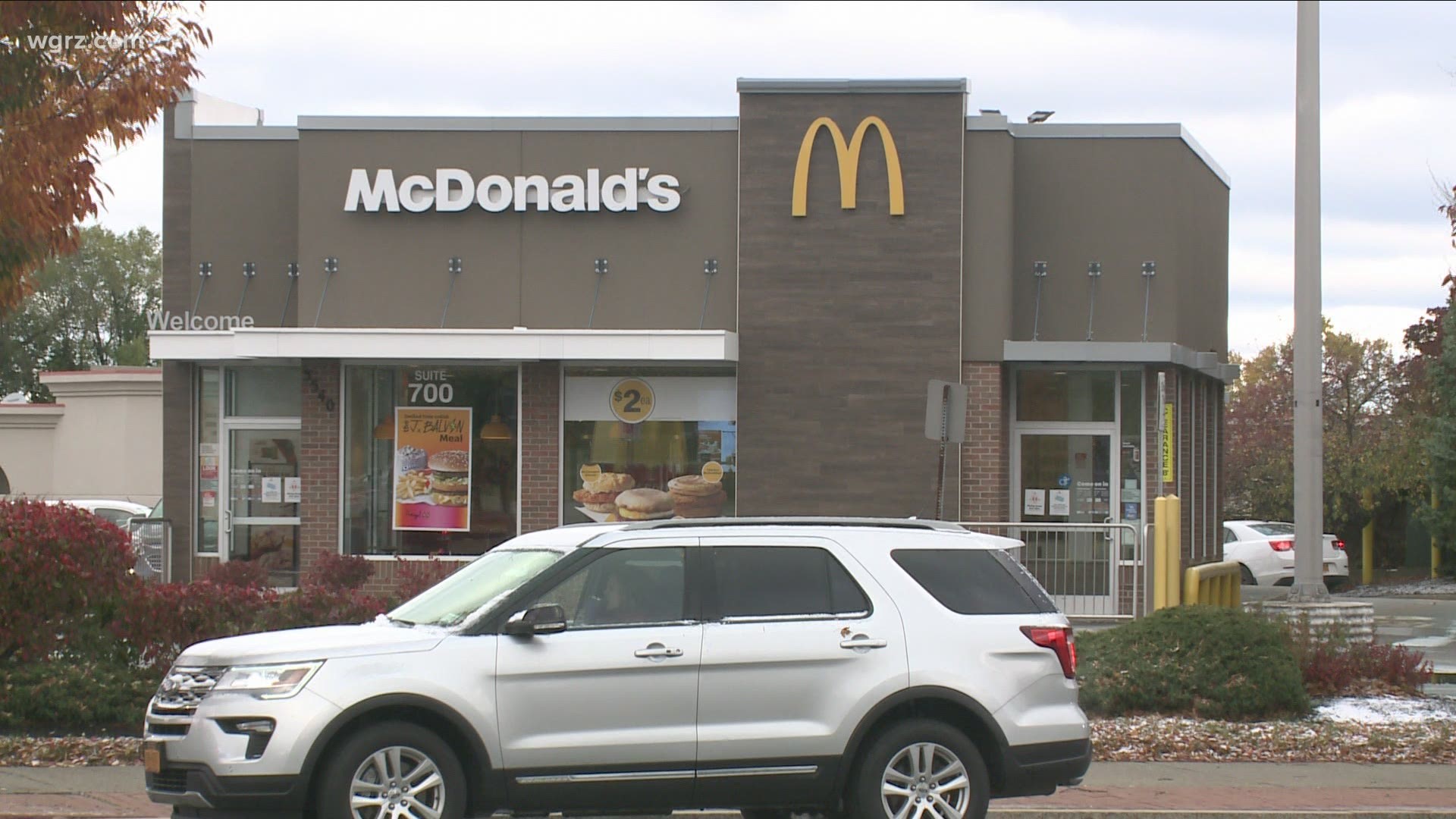 AMHERST, N.Y. — Amherst Police are searching for somebody who fired multiple shots toward a McDonald's restaurant early Monday morning.

Officials said that just after 3 a.m. officers responded to University Plaza after reports of shots fired in the area. Once Police arrived, witnesses said several shots had been fired toward a McDonald's in the plaza.

Police said even though the restaurant was open when the shots were fired, nobody was hit.

Police are asking anybody who witnessed the shooting or anybody with information about it to contact the police department at (716) 689-1322.