According to Amherst Police, Captain Tracy S. Martin is the first female police captain in the history of the department. 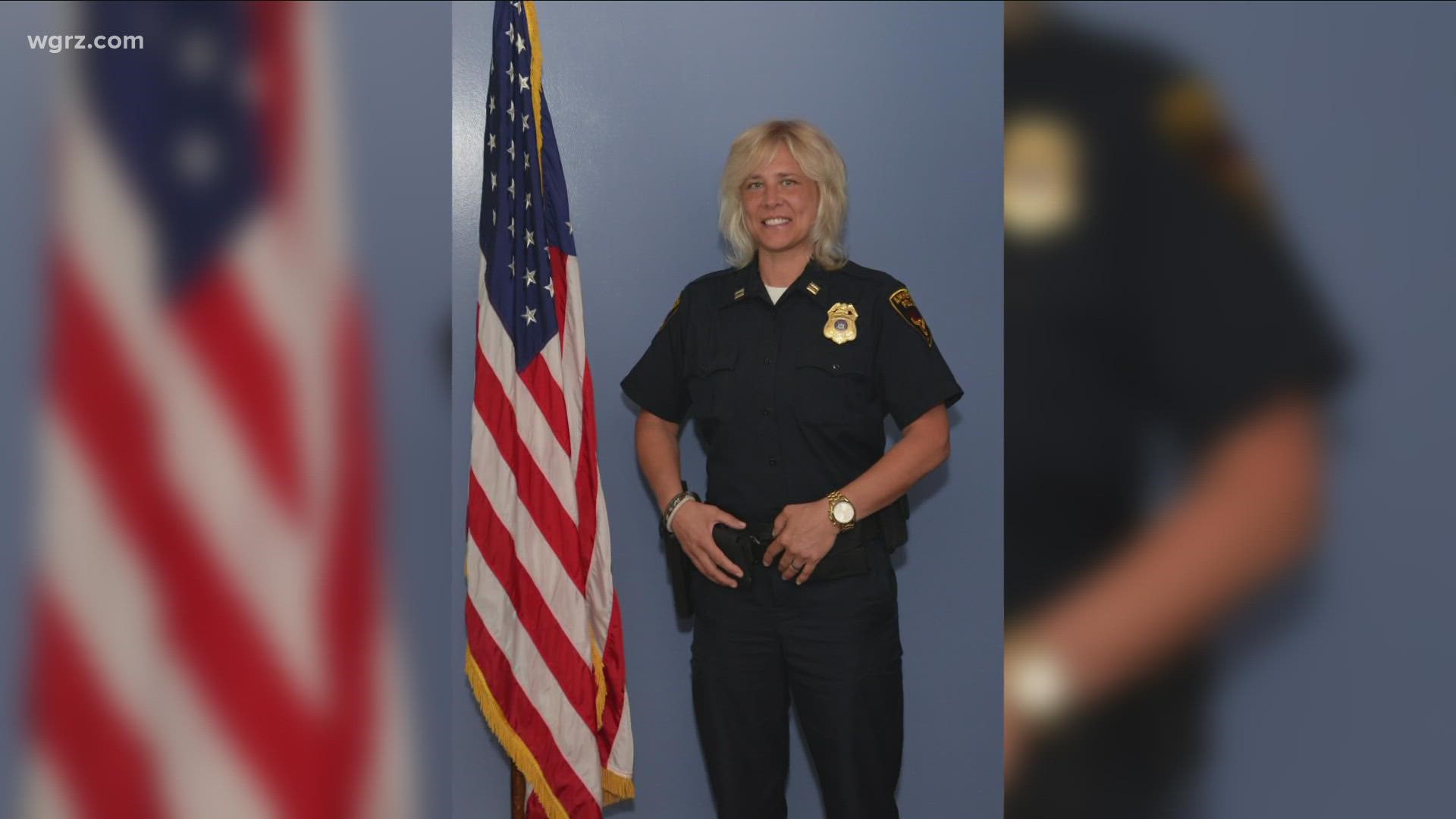 Captain Tracy S. Martin has been a police officer for 22 years and has served in a variety of roles for the department including patrol officer, patrol supervisor, supervisor of the Crime Scene Evidence Unit, Field Training Program, and Crisis Intervention Team.

Martin is the first female police captain in the history of the department.

"When I was a little kid and I got over the whole I going to be a brain surgeon thing I figured out I wanted to be a police officer so I just went for it," said Captain Martin.

She said it took her seven years' worth of civil service exams but in 1999 joined her dream department. Several promotions later, the meaning of this most recent one is still sinking in.

"It really has taken me you know three weeks to a month for it to hit me," Captain Martin said.

Since she joined Amherst Police, the department has more than doubled its number of female officers and now has 13. The impact of female faces in law enforcement isn't lost on Martin, in fact, she said a recent experience at a grocery store has stuck with her.

"She was just staring at me and I said hi and she was like can I have your autograph and she asked me and talked to me about being an officer and as she was walking away she said mommy I want to be a police officer," she said.

Captain Martin's one pet peeve despite the new title, "hearing people call me captain I'm like stop it my name is Tracy."

Amherst Police shared the announcement on Facebook in June saying in part, "We congratulate Captain Martin on this well-deserved promotion and thank her for her continued service and dedication to the Amherst Police Department."