Erie County's COVID-19 school exposure protocol adds another layer of guidance for schools and one Amherst parent is not happy about the impact it has had. 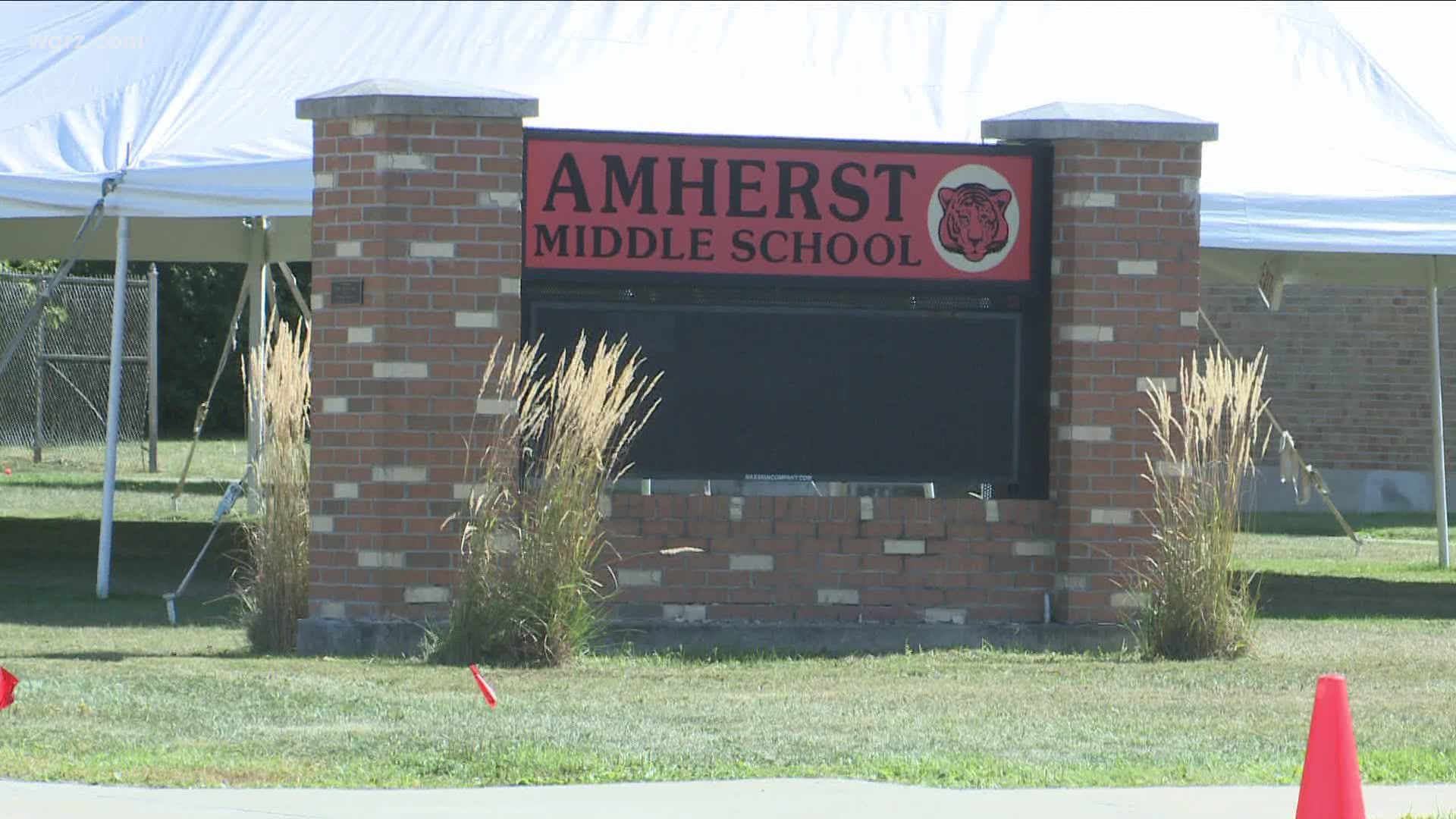 AMHERST, N.Y. — An Amherst mom and her son are outraged over Erie County’s new quarantine protocol on COVID-19 exposures in schools.

That policy says students and staff who have been exposed for at least an hour need to quarantine, but the family raises many questions about that theory.

Nearly two weeks ago, Michael Cassety was looking forward to meeting his new classmates and teachers during sixth grade orientation at Amherst Middle School. But an already challenging school year got a lot harder after a teacher at the school tested positive for COVID-19.

"I got a call from the Department of Health, Friday, September 11 around 3:15 in the afternoon, advising me that my son was under quarantine," said Bridgette Cassety.

She says it was determined that Michael Cassety was in class with that teacher — a classroom he says that had plastic dividers up on desks, social distancing and students and staff wearing masks.

"Where were you?" Asked 2 On Your Side's Jeff Preval.

"I was in closer to the back of the room, I would say I did not get within less than 6 feet for more than 10 minutes at any case," Michael Cassety said.

"Psychologically and emotionally it is not right to be quarantining children that don’t need to be quarantined that are testing negative not only out of school but confined to their homes," Bridgette Cassety said.

State guidance defines a close contact to be within 6 feet of an infected person for at least 10 minutes two days before the infected person starts experiencing symptoms.

"The department of health needs to come up with more reasonable criteria around exposure in schools," Bridgette Cassety said.

"We did an extensive lit review and took different pieces of science, different scientific literature and tried to put it together and tried to develop some type of objective standard or criteria," Burstein said.

But the Cassety’s and their attorney, Mike McGorry, consider the rule arbitrary.

"They’ve made a rule, which to me is arbitrary and capricious, which has no basis in medicine or law," McGorry said.

The decision has resulted in virtual learning, which for Michael Cassety has come with a lot of technological distractions. His quarantine officially ends on Wednesday, but his mom isn’t sure she wants to send him back to school.

"We don’t want online learning, but we can’t continue to get quarantined so really what do we do?" Bridgette Cassety said.

The Cassety’s say they appealed the quarantine with Erie County, but that they didn’t hear back from the county of days. Pursuing that appeal has become moot at this time.

The Cassety’s say they want the county to drop that 60-minute rule and they’re considering several options to try to do that, including a lawsuit.

"The county ran out the clock the county ignored Bridgette and me," McGorry said.