The house, its contents, and the garage were all impacted by the fire. The residents were not home when it happened, but a dog was found dead. 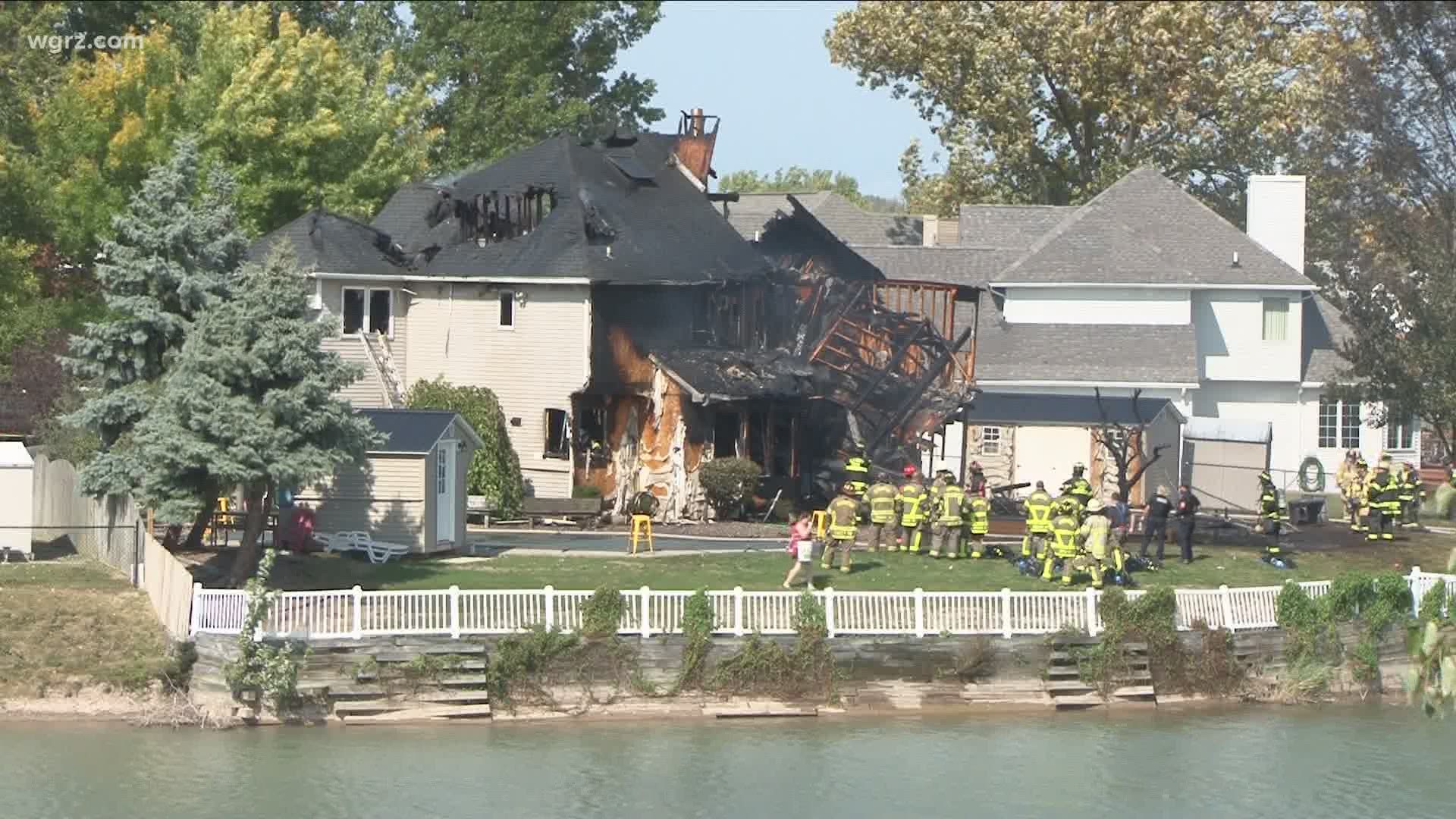 AMHERST, N.Y. — A Sunday fire at 35 Button Bush Court, near Willow Ridge Elementary, caused an estimated $400,000 in damage to a house, garage, and its contents.

The residents were not home when it happened, but a dog was found dead after the fire. The two-alarm house fire had seven different fire companies responding to the call.

The fire was reported just after 11 a.m. Ellicott Creek Fire Company was first on the scene, with Chief Joe Osika reporting that there was a "heavy fire on the first floor, extending into the second floor and attic."

According to Amherst Central Fire Alarm, the fire crews worked together to put the bulk of the fire out within 28 minutes. The fire had extended into the garage, and the house was left with partially collapsed walls and a collapsed chimney.

The fire was marked fully out just before 1 p.m. The dog was found dead after the fire was fully out, and there were first responders on scene for more than three hours.

2 On Your Side was at the scene of the fire and captured these photos of the damage to the front and back of the home:

Credit: WGRZ
A fire happened on Sunday at on Button Bush Ct, off of Kaymar Drive.

Credit: WGRZ
A fire happened Sunday at a home on Button Bush Court.