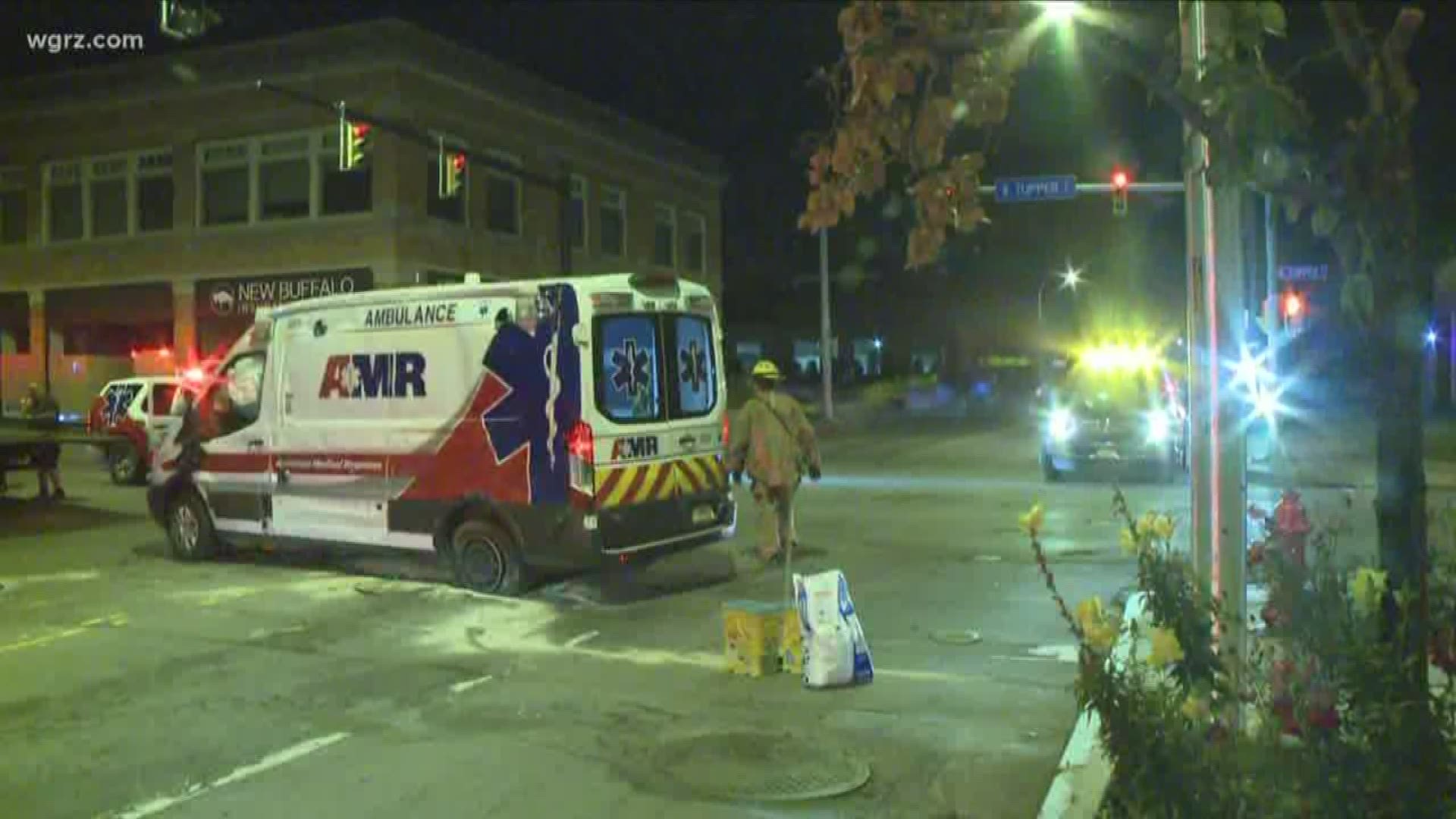 The accident took place around 1:30 a.m. at the corner of East Tupper and Washington Street.

Police say the ambulance was heading south on Washington, responding to an emergency, call when it was struck by another vehicle.  The crash caused the ambulance to flip over on its side.

Two ambulance crew members, as well as the driver of other vehicle, were transported to ECMC.

The driver of the other vehicle, Mikel Ayala, 18, of Buffalo, was charged with imprudent speed and failure to yield to an emergency vehicle.  He is also charged with forgery, criminal impersonation and identity theft for allegedly giving police a false name.