Amazon is asking for $6 million in tax incentives for a proposed $47 million facility in Hamburg. 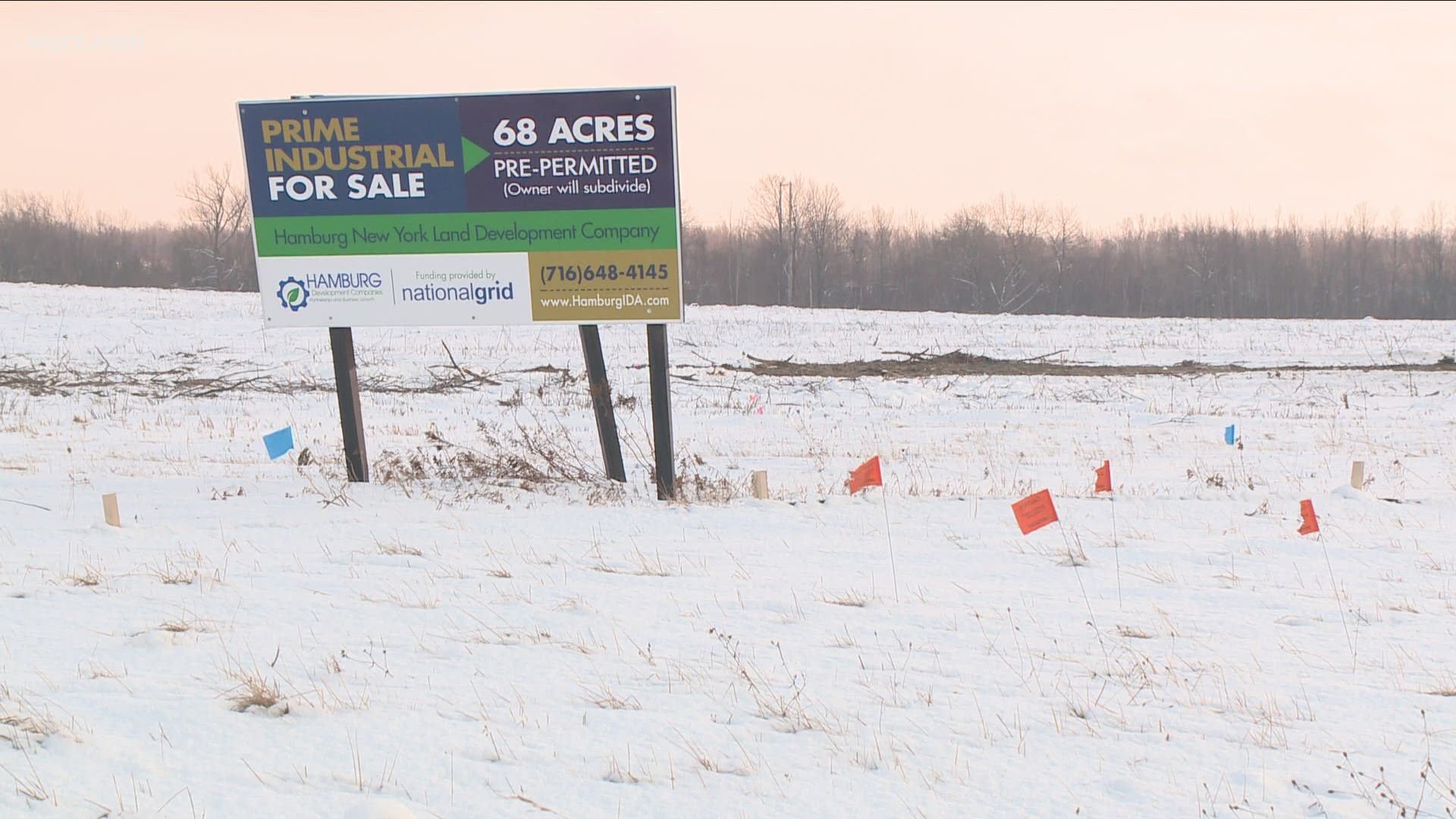 HAMBURG, N.Y. — Amazon is proposing to bring a $47 million warehouse and distribution facility to Hamburg.

The new facility would be located on 62 acres at the Lake Erie Commerce Center at the intersections of Lake Shore and Bayview roads.

Town of Hamburg Supervisor Jim Shaw said the industrial zoned land is ideal for the project.

Shaw said it would also create 100 jobs and up to 300 construction jobs.

In its proposal, Amazon is asking for approximately $6 million in tax breaks from the Hamburg Industrial Development Agency.

"In order to realize tax revenue and employment possibilities for our citizens, if we don't have some type of tax incentive program here, some pilot program, there is no realistic chance that we will be able to land large industrial concerns at any time in the future," Shaw said.

Erie County Executive Mark Poloncarz; however, wrote a letter to Hamburg IDA Chairman Andrew Palmer asking that the board reject tax incentives for this project.

Kudos to @SenSeanRyan and @JonRivera149 for calling on the Hamburg IDA to reject giving Amazon tax breaks for its proposed delivery facility. Amazon built similar facilities in Lancaster and Tonawanda & didn't seek a tax break for either. It doesn't need one & should be rejected. https://t.co/pyqRbbkS9O

"Amazon has already shown an ability and willingness to undertake these types of smaller projects in Erie County and make them work financially for the company without the aid of tax breaks," Poloncarz said in the letter referring to the facilities currently in Tonawanda and Lancaster.

"I respect the county executive and I respect his opinion, but he was arguing primarily that Amazon would be able to locate here without tax incentives and that just isn't the reality," Shaw said.

The Coalition for Economic Justice (CEJ) has been vocal against Amazon receiving tax breaks, urging Hamburg IDA to not allow it.

"Local governments too often want to hop on board the emerging tech-fueled job sector, but these warehousing jobs by Amazon provide less for working families than a typical sales associate position at Walmart and Target," said Simon Husted, a member of CEJ Buffalo in a press release.

The coalition which gathered outside the town hall during the first public hearing in January stated they are concerned that the jobs proposed pay less than the median wage in Hamburg.

If approved by the Hamburg IDA , Shaw said construction could begin as early as March.