It's called 'A Playground for All' and is expected to be done in five to six weeks. 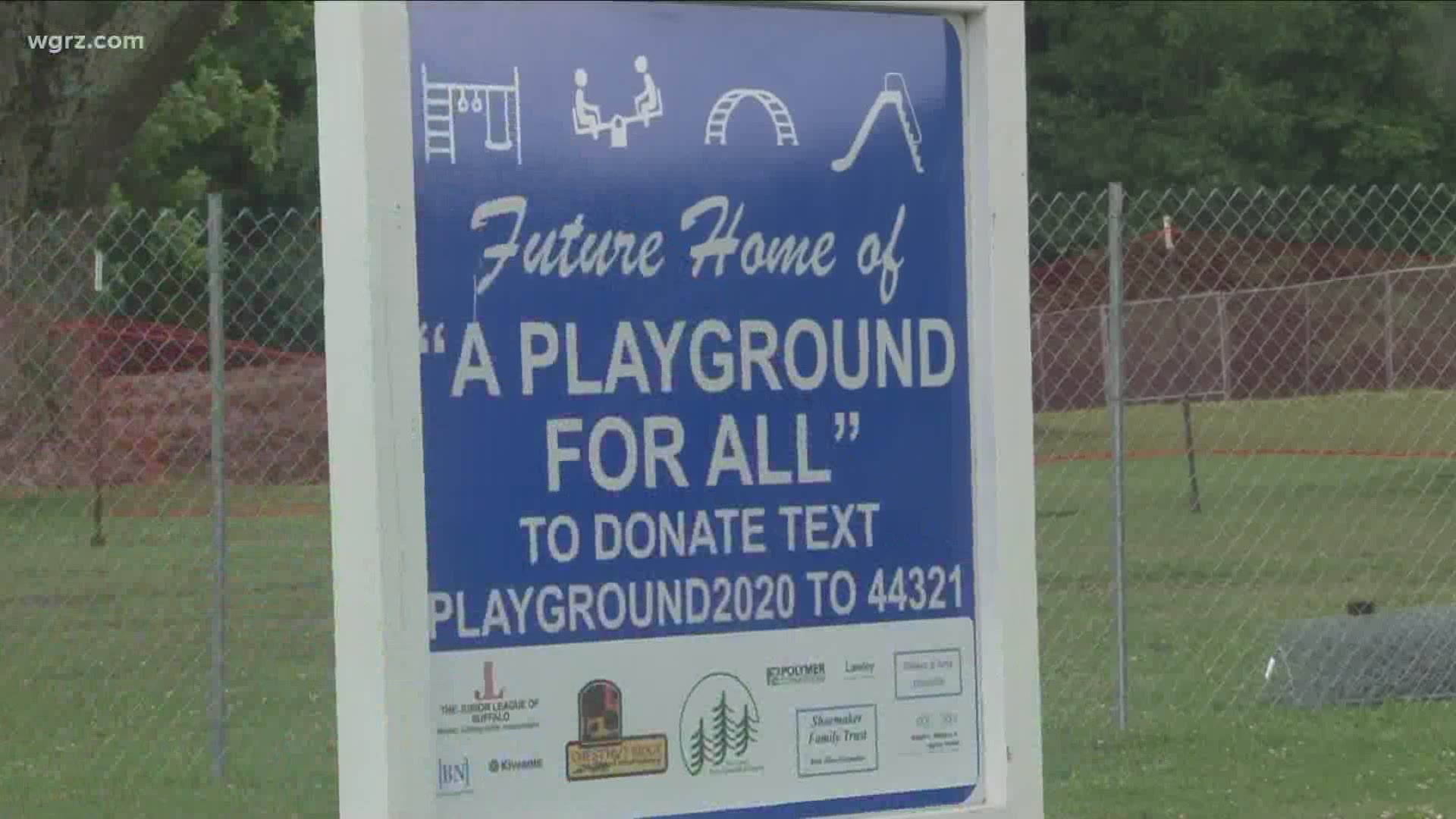 ORCHARD PARK, N.Y. — An all-inclusive park called 'A Playground for All' is coming to Chestnut Ridge Park. It'll be right next to the casino.

The park will be more handicap accessible for kids with physical disabilities. It'll also be more sensitive to kids' senses and have a rubber base instead of woodchips.

Though you don't have to have a disability in order to use the park.

Dave Holliday lives in Orchard Park and brings his daughter to Chestnut Ridge once a week.

"Normally we walk around and typically there's a swing set over here and one slide," Holliday said.

"The other one was boring," said Holliday's 5-year-old daughter Hannah.

That's one of the reasons she's excited for a brand new Playground for All to replace the old park that just wasn't cutting it.

Construction crews are getting underway on the project. Erie County Parks officials say it'll take about five to six weeks before it's complete. The project costs $625,000.

Several community members brought the idea to Erie County Executive Mark Poloncarz, the Chestnut Ridge Conservancy and all of the groups funding the project because they noticed a need in the community.

"It's going to be a great idea, a park for everyone. Wheelchair accessible -- I think that's something this town and community needs -- something for everybody," he said.

The county will also hold community building days on August 6 and 7. That's when volunteers can actually help to assemble pieces of the playground.