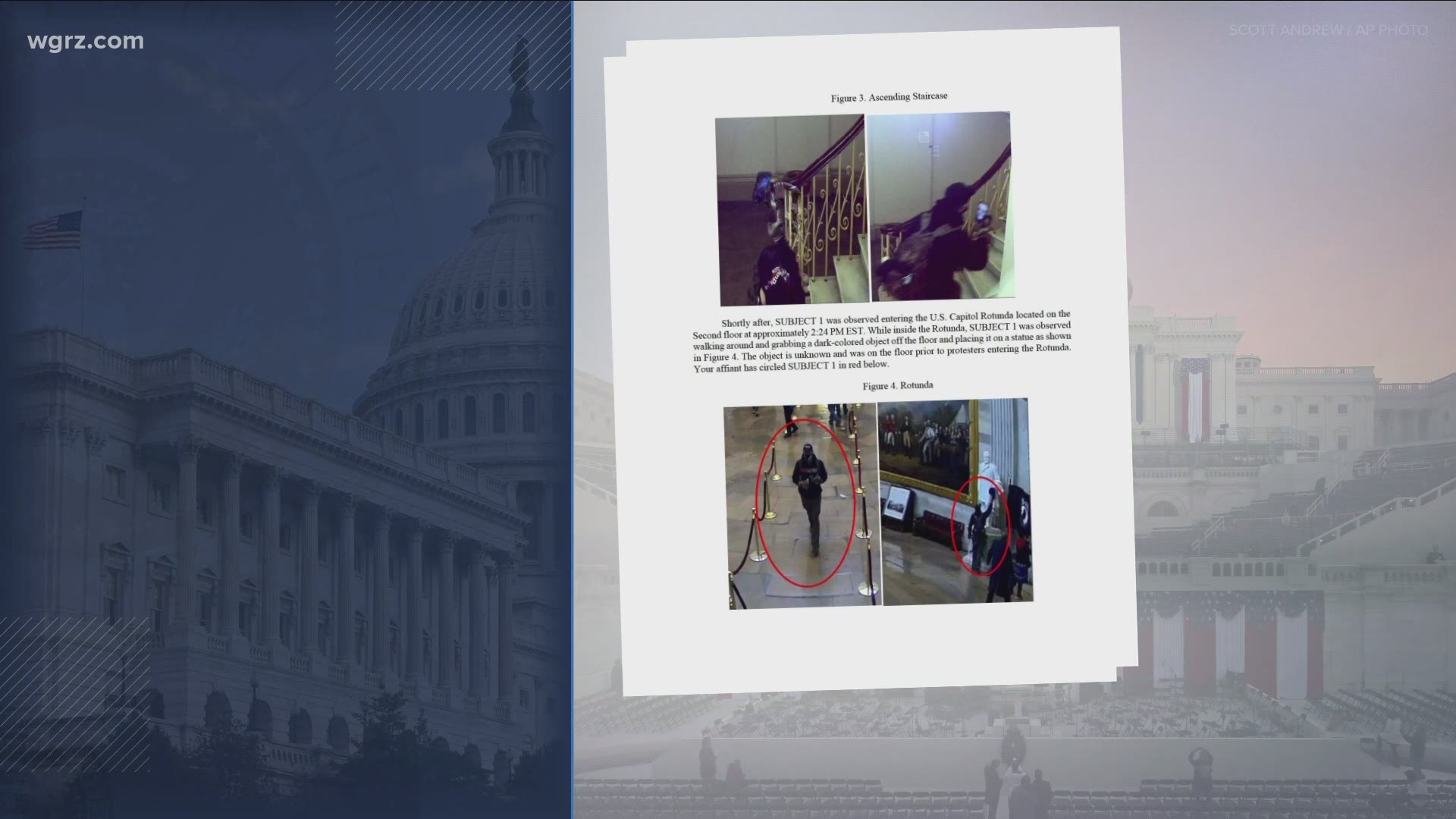 BUFFALO, N.Y. — Another Western New York man is accused of taking part in the riots at the United States Capitol on January 6, 2021.

According to the FBI's criminal complaint, Daniel Warmus, 37, of Alden was arrested Tuesday in Buffalo after an anonymous tipster heard him telling his dentist about his day at the Capitol.

Credit: FBI
The FBI says Daniel Warmus of Alden, NY was inside the US Capitol on January 6, 2021

The person told the FBI they overheard Warmus talking about how he smoked marijuana inside the Capitol, and refused a police officer's instructions to leave the building.

Local Attorney Paul Cambria told 2 On Your Side in the past that, if convicted, the penalty for any person who took part in that insurrection could be substantial.

"Judges may want to send a message here," Cambria said. "Judges may want to make an example and severely punish someone for basically invading the Capitol Building and assaulting or stealing things from an officer so this could definitely involve jail time. Real jail time."

Warmus is the third Western New Yorker arrested in connection to the insurrection.