The new turf is just part of a larger $9 million capital improvement project for the district. 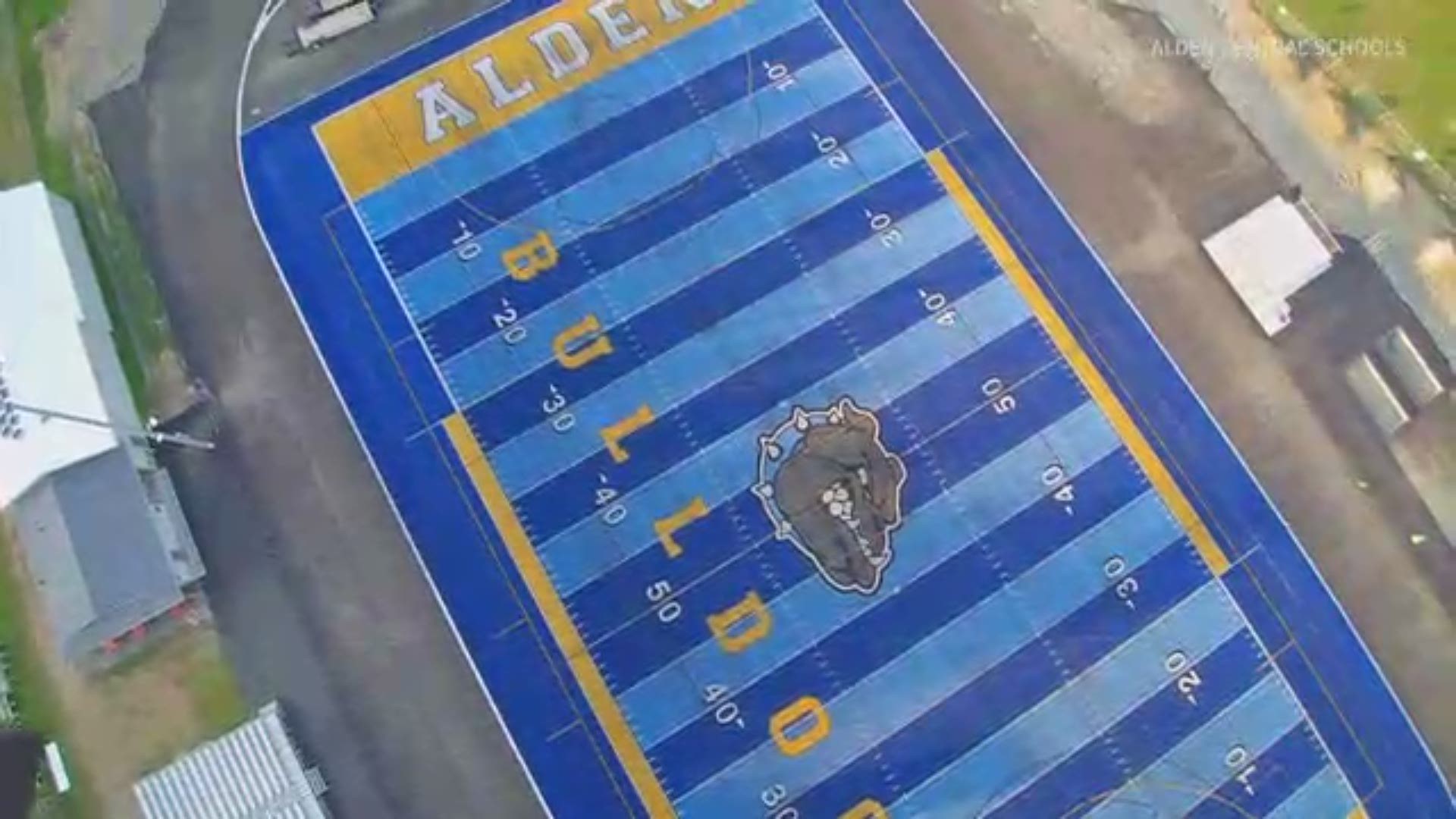 The district skipped the regular green turf and opted for school colors instead — bright blue with yellow end zones. The community voted for the change almost three years ago, and the project was just completed a few weeks ago.

The turf replaces the school's old grass field. It's the first season that teams will use it.

The turf cost and other improvements to the field cost $2.8 million and were part of an overall $9 million dollar capital improvement project within the district. There were also improvements to academic spaces, roofs, and parking lots.

The Alden Central School District had to get permission from Boise State before they installed the colorful field.

"They couldn't have been more helpful, couldn't have been more accommodating. I made a couple of phone calls and wrote a request letter, and they responded and granted us permission to go with the blue," said Superintendent Adam Stoltman. "I didn't realize at the time when the community voted on the blue that they had a trademark on all blue fields, but they do!"

Physical education classes and the public will also be able to use the field and track in the future.

Though the high school doesn't have lacrosse and field hockey teams, the new turf is striped for those sports so the school can host other teams. Alden is hosting the Section VI field hockey championships this fall.

The Alden Bulldogs will host their first home game on the new turf on September 20th.

The grand opening is scheduled for October 3rd.