Albright-Knox to close for nearly 2 years during expansion project

Plans for the expansion include a new art installation, expanded public art initiative and even a mobile art truck. 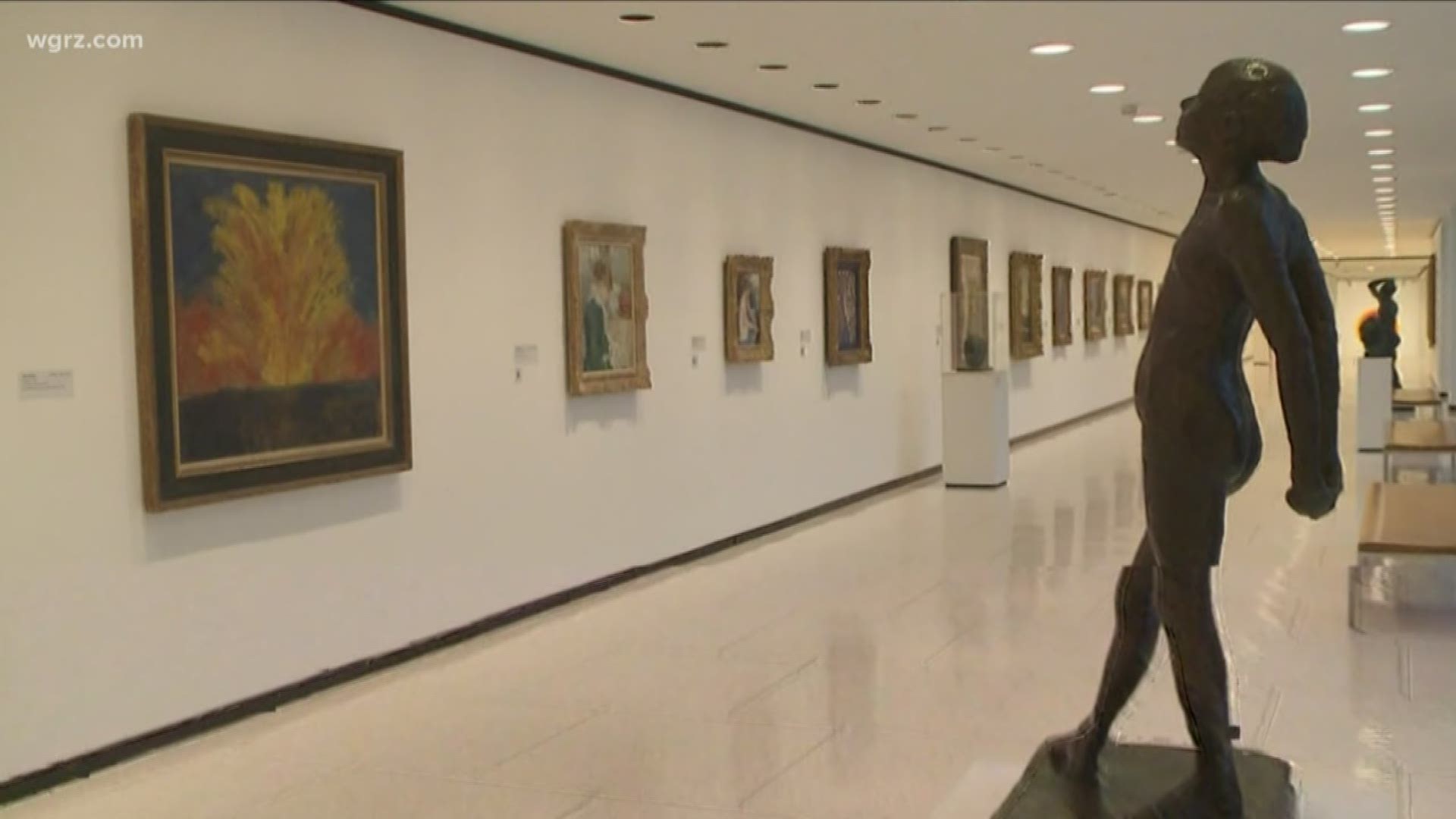 They will break ground on the expansion $155 million project on November 4. The gallery will be closed during the construction phase, which is expected to last around 22-months.

While the main campus will be closed during construction, art from the Albright-Knox will still have a presence in the community.

The museum will operate the Albright-Knox Northland campus, which is located at 612 Northland Avenue in Buffalo. There will be a range of exhibits, performances and special events held there during construction. That will begin in early 2020.

The Albright-Knox will also expand their public art initiative throughout the City of Buffalo and Erie County. So far, there are more than 30 murals and projects in the community. During construction, officials will increase the number of works by local, national and international artists. Those projects will be announced in late spring of 2019.

Beginning in the spring of 2020, the museum will unveil their Albright-Knox Art Truck that will bring art projects, classes directly to the community.

“Our Strategic Plan serves as a guide as we honor the history and legacy of the Albright-Knox Art Gallery and move towards our future as the new Buffalo AKG Art Museum, realizing our vision of a 21st-century museum that connects art, ideas, and people,” said Albright-Knox Board President Alice Jacobs. “As construction on one of the largest cultural projects in Buffalo’s history is poised to begin, the expansion of the museum’s work throughout Western New York will strengthen and reinforce our connections with the diverse communities we serve while introducing new audiences to the transformative power of art. On behalf of the entire Board of Directors, we could not be more excited to share the initiatives that are making this vision a reality.”

Gallery officials gave us a sneak peek at one of the art installations planned for the expansion. The 'Common Sky' will serve as the roof of the new town square.