After elephants leave, what's next for the Buffalo Zoo?

The Buffalo Zoo's two elephants are heading to the Big Easy - New Orleans - sometime around November 1. 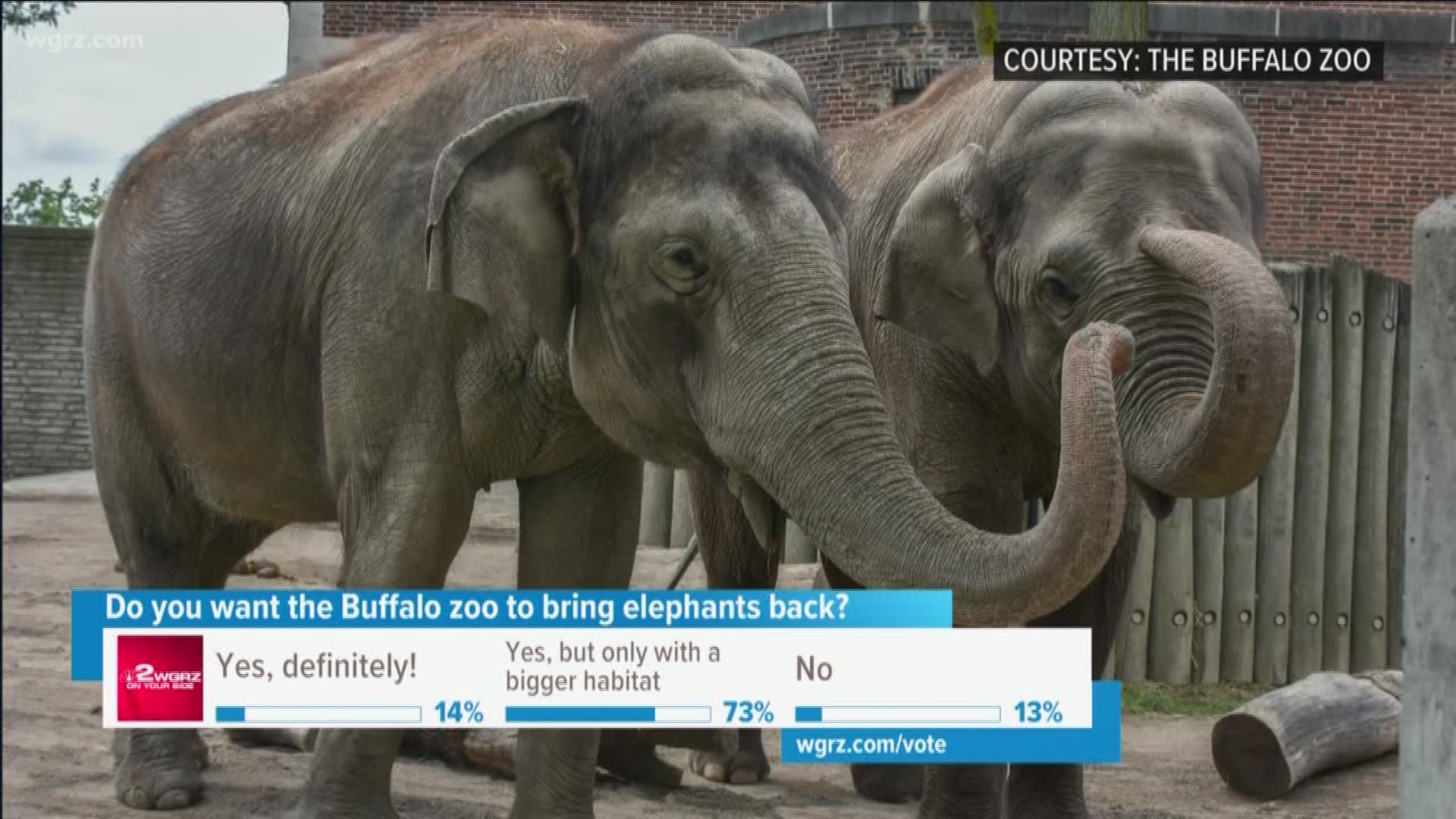 BUFFALO, NY - People who want to continue to see elephants at The Buffalo Zoo years from now may be disappointed, the Buffalo Zoo says, after Jothi and Surapa leave here in the fall.

The zoo doesn't think elephants will come back.

The two elephants are heading to the Big Easy - New Orleans - sometime around November 1. Their new home will be the Audubon Zoo. The Buffalo Zoo says the decision to relocate them is two-fold: the elephants are getting old, and the zoo doesn't have what's needed to take care of aging elephants.

"Our love for these animals was the primary motivation for making this decision," said Jonathan Dandes, the chairman of the zoo's board of directors.

Zoo officials say Jothi and Surapa will join two other elephants and have a better home.

The Buffalo Zoo has been criticized for its treatment of the elephants. Two years ago, a group called "In Defense of Animals," placed the zoo at number six on its annual top 10 "Worst Zoos for Elephants in North America" list. The group called Buffalo's elephant exhibit a "frigid fiasco" with Jothi and Surapa living in a tiny cage. In Defense of Animals called on the zoo to release the elephants to a sanctuary in a better environment.

But, at Tuesday's press conference, the Association of Zoos and Aquariums, a non-profit that's focused on animal care, had glowing remarks for the Buffalo Zoo.

"The Buffalo Zoo is fully accredited by AZA taking excellent care of all of their animals," said Dr. Jeff Wyatt, the incoming AZA chairman.

The AZA supports the relocation of the elephants.

"It's a win-win for all elephants," Wyatt said.

So now, the zoo will have to work on a plan to relocate, which will involve massive containers, that the elephants will be shipped in by truck.

"We feel strongly that there will not be any long-term guest impact as a result of this relocation," said Norah Fletchall, the Buffalo Zoo president and CEO. "We are right now in the process of our new strategic plan, which will guide us into the future of our zoo."