Billed as 'the nation's largest two-day food festival,' it was canceled last year due to COVID. When it returns in July, there will be an admission fee. 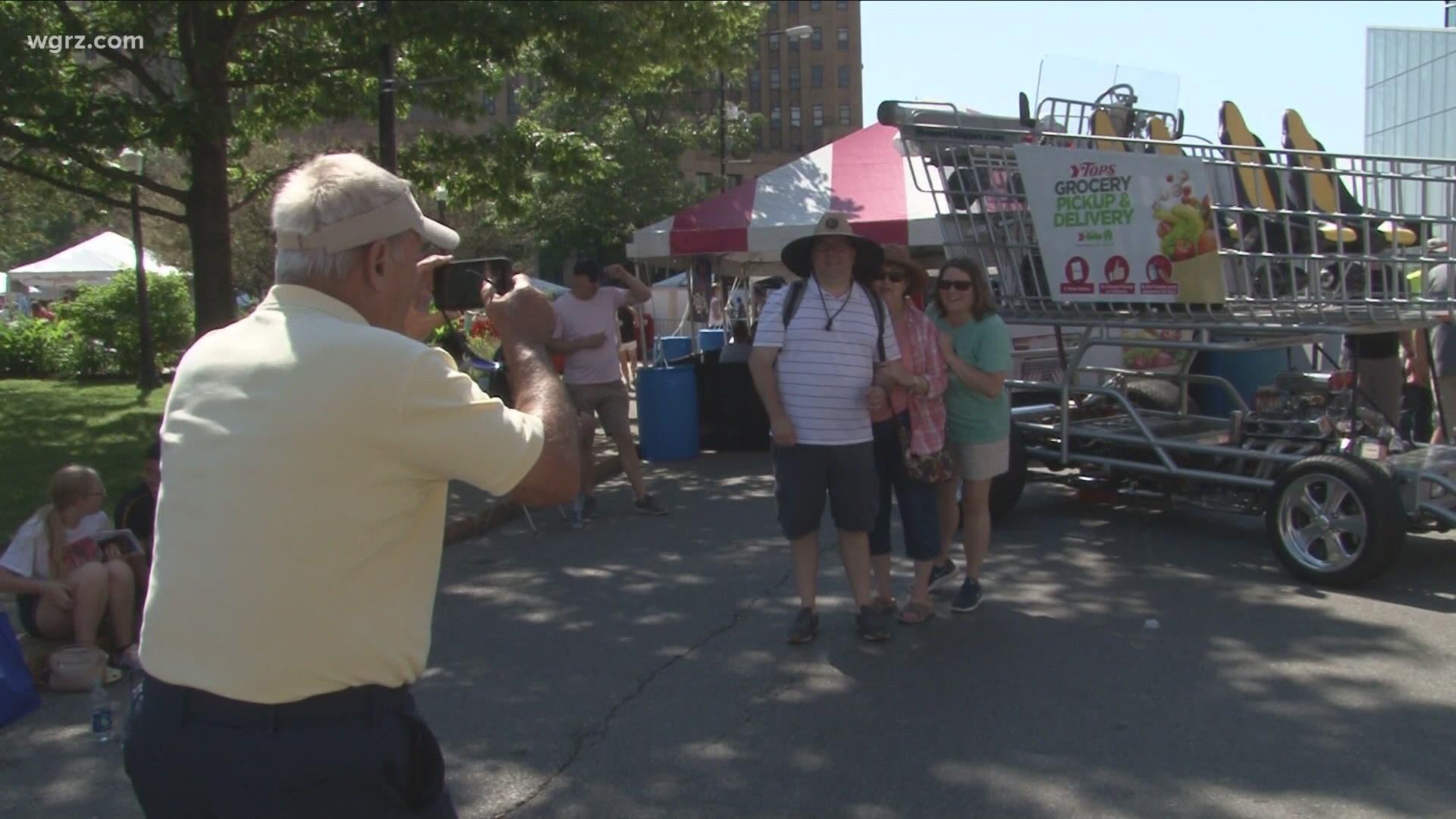 BUFFALO, N.Y. — Organizers of the Taste of Buffalo announced new details on Friday their plans to stage that event on the weekend of July 10 and 11.

Billed as "the nations largest two-day food festival," it was canceled last year due to concerns over COVID-19.

Organizers have modified the rules they initially set down when they announced back in May that the festival would be returning, due largely to the dwindling number of COVID cases in the community.

Unlike as previously announced, attendees will not have to pass a COVID test or show proof of vaccination to get in.

And while unvaccinated attendees will be asked to continue to wear masks at what is an outdoor event, like many other such events, no one is going to ask anyone who is not wearing a mask to produce proof of vaccination, according to Amber Hartman, the 2021 chair of the Taste of Buffalo.

"It will be on the honor system," she confirmed.

To control crowd numbers, attendees will be required to purchase a ticket in -advance, which allows them admission to one of four, four-hour sessions of the Taste of Buffalo that weekend.

Admission is $20 and includes some tickets to purchase food.

Although it is the first time that the event has charged admission, Hartman believes Buffalonians will still bite at the chance to attend.

"We do expect folks to attend, and I think people understand that there are additional costs associated with making sure the event can be held, and held safely, this year," she said.

Hartman, who noted that the Taste of Buffalo is a not-for-profit event, said those additional costs included providing for security, crews to man admission gates, crews to clean between sessions, hand sanitizer, and more.

"As a nonprofit-event our goal was never to make money but to cover costs. And there really are a lot of additional costs that the Taste of Buffalo is incurring this year, and this is just to help offset some of those costs, " Hartman said.

She also envisions charging for admission to be a one-year occurrence and that the festival will once again be admission-free next year.