Actor, director, writer and producer Bill Fichtner returned to his alma mater Friday for a couple of big honors. 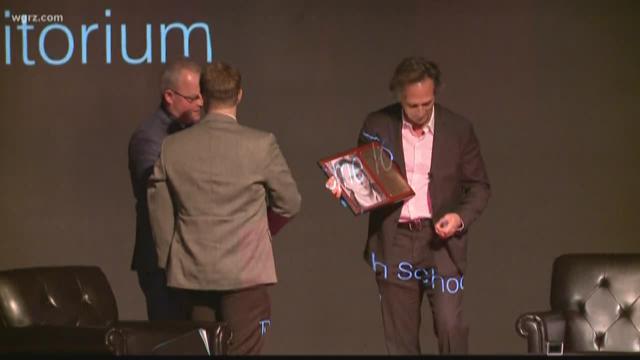 CHEEKTOWAGA, N.Y. -- A little bit of Hollywood returned to Cheektowaga Friday as actor, writer, director and producer William Fichtner returned to his alma mater for some big honors.

The Class of 1974 grad, joined by members of his family, was there as Maryvale High School named their performing arts center in his honor. Fichtner was also inducted as one of the district's distinguished alumni.

Fichtner's film credits include roles in 'Armageddon' and 'The Dark Knight'. He is also proud to boast that he is one of WNY's biggest boosters.