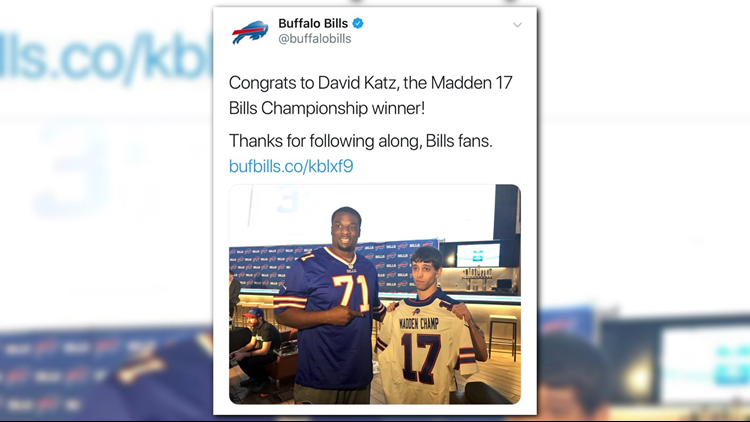 BUFFALO, N.Y. - Jacksonville's Sheriff has confirmed the name of the suspected shooter who he says killed two people at a video game tournament before killing himself.

David Katz, 24-years-old, of Baltimore, Maryland, was identified as the suspect in the mass shooting that occurred at a Madden 19 video game tournament in a game bar.

Katz, known as 'Bread', won the 2017 Madden video game tournament that was held at 716 Food and Sport downtown.

More: 3 dead, including gunman, after shooting at Madden tournament in Jacksonville, Florida

More: Jacksonville shooting: What is Twitch and what are gaming tournaments? A look at esports