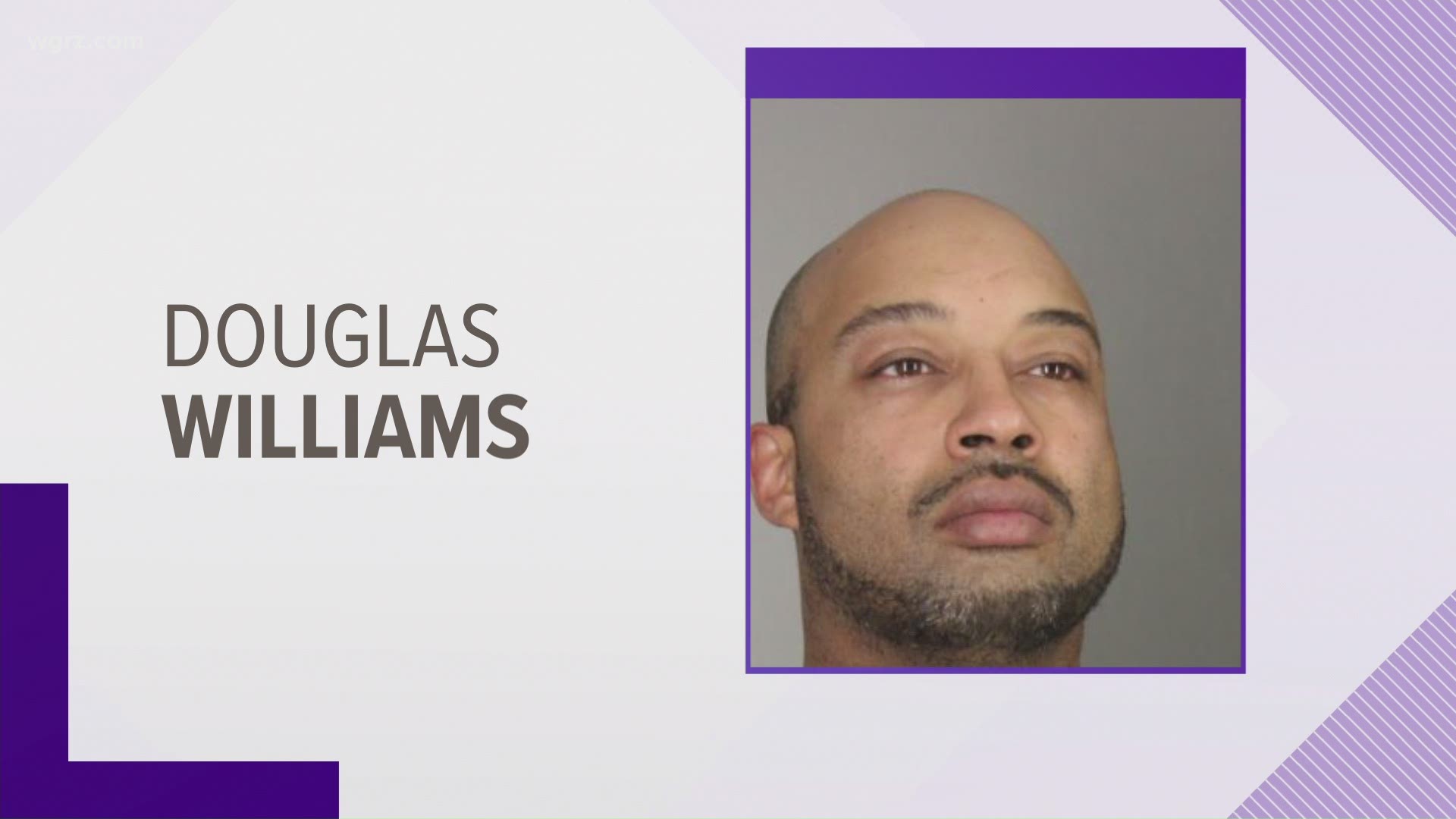 BUFFALO, N.Y. — A Buffalo man is under arrest after the Erie County Sheriff's office says they received a report of alleged dog fighting and drug dealing at a Bailey Avenue address.

Douglas Williams, 43, was taken into custody during a traffic stop Friday in Clarence. During that stop, deputies rescued two American Pit Bull terriers they believe were being taken to Williams' home for the purpose of dog fighting.

Later that afternoon, the department's SWAT team executed a search warrant at that home on Bailey and rescued five more dogs they say showed signs of severe abuse. Also recovered in the raid was a loaded handgun, suspected cocaine, fentanyl, and drug paraphernalia.

Williams is charged with aggravated cruelty to animals and permitting animal fighting on ones' premises, in addition to drug and weapons counts. The sheriff's office says Williams is currently on parole for his involvement in a violent home invasion. He also has  previous convictions for animal cruelty and weapons possession. He is currently free after posting $40,000 bail.

If convicted of all charges, Williams faces up to 25 years in prison. He's due back for a felony hearing in Buffalo City Court on Thursday.

A spokesperson for the SPCA says the dogs are in the process of being examined and no update is available yet on their condition.