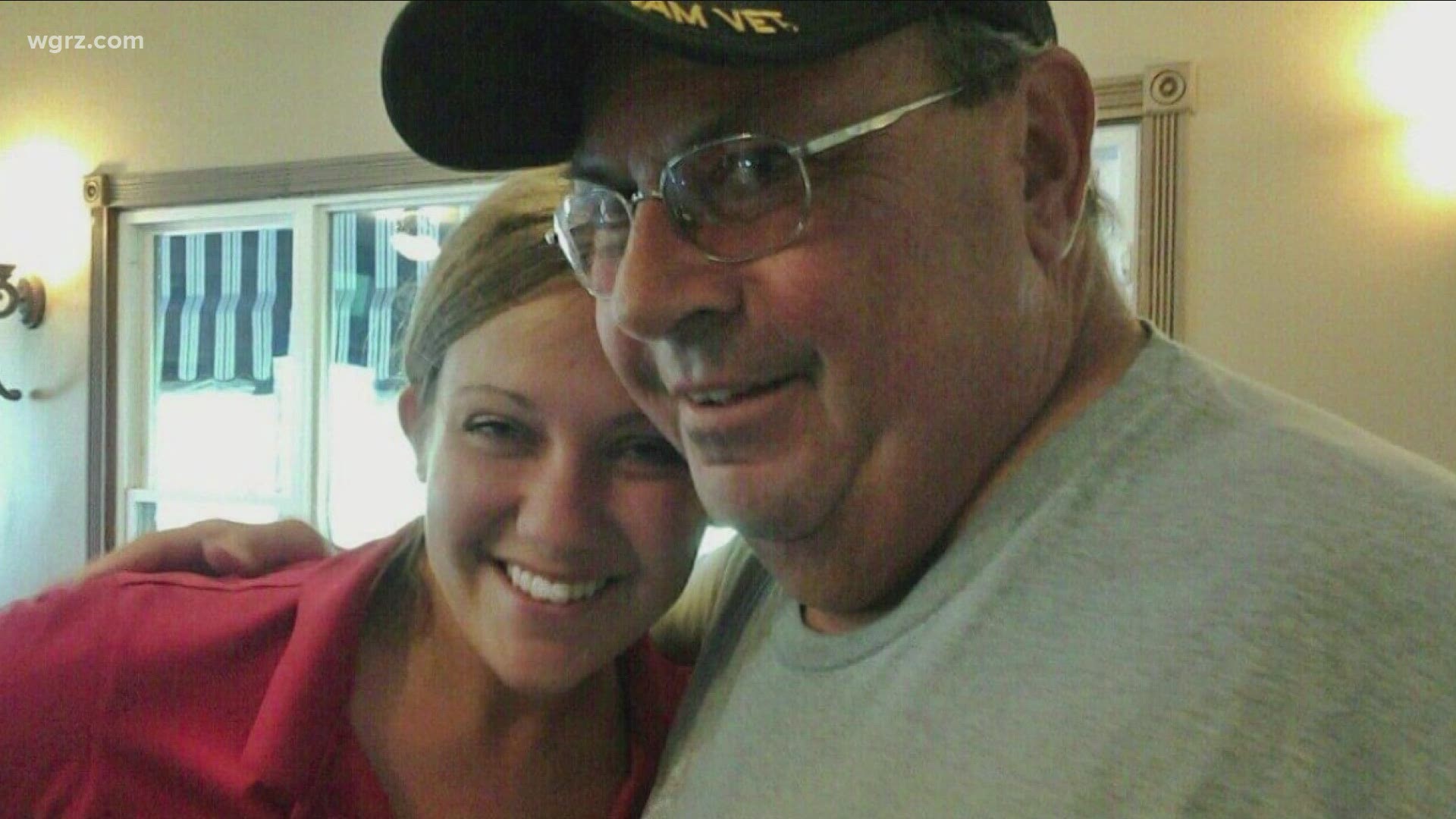 BUFFALO, N.Y. — Kristen Kimmick is a die-hard Buffalo Bills fan, and had the opportunity to travel to Kansas City over the weekend to see her team compete against the Chiefs for a ticket to the Super Bowl.

But for Kimmick, this was more than just a football game.

Despite being born and raised in Depew, Kimmick's dad, Ron, has been a Chiefs fan since he was drafted for the Vietnam War and stationed in Fort Riley Kansas.

"I would always ask him 'Why aren't you a Bills fan? Why can't we cheer for the same team together?'" Kimmick said.

"He said 'Vietnam was scary and tough and at that time, I didn't know if I was going to come home or not, and the Bills weren't that good. If I was to go down, I wasn't going to go down rooting for a losing team,'" she said.

Ron passed away in October of 2019 during the season the Chief's won a Lombardi Trophy.

It was his passing which inspired Kimmick to do something very special during the game.

"I knelt down and opened up a necklace that I had around my neck for the last year that had about half a capsule of some of my dad's ashes, so I let him out into the seat next to me so that he was physically there, but I also wanted to make sure before I left that stadium that I did that so he can be a season-ticket holder for eternity," Kimmick said.

I'm so lucky to be able to share Kristen and Ron's story tonight at 11.

Hope you all can join us. @WGRZ https://t.co/SJx8SdZzUb

Kimmick said a big part of her relationship with Ron when she was growing up was football, and the friendly rivalry they had with each other.

Now, they will share a forever bond, not just because of the love for their teams, but also their love for one another.

"I would get calls from him every time we would lose a significant game and he would be like 'Chin up, kiddo. It's coming for you guys soon.' I think he would have literally said the same thing," Kimmick said.

"I think he would have told me to just keep my head up and I think we're going to get our time soon," she said.