Residents on Ontario Street were told they had to be in their houses by 6 p.m. so production could begin. 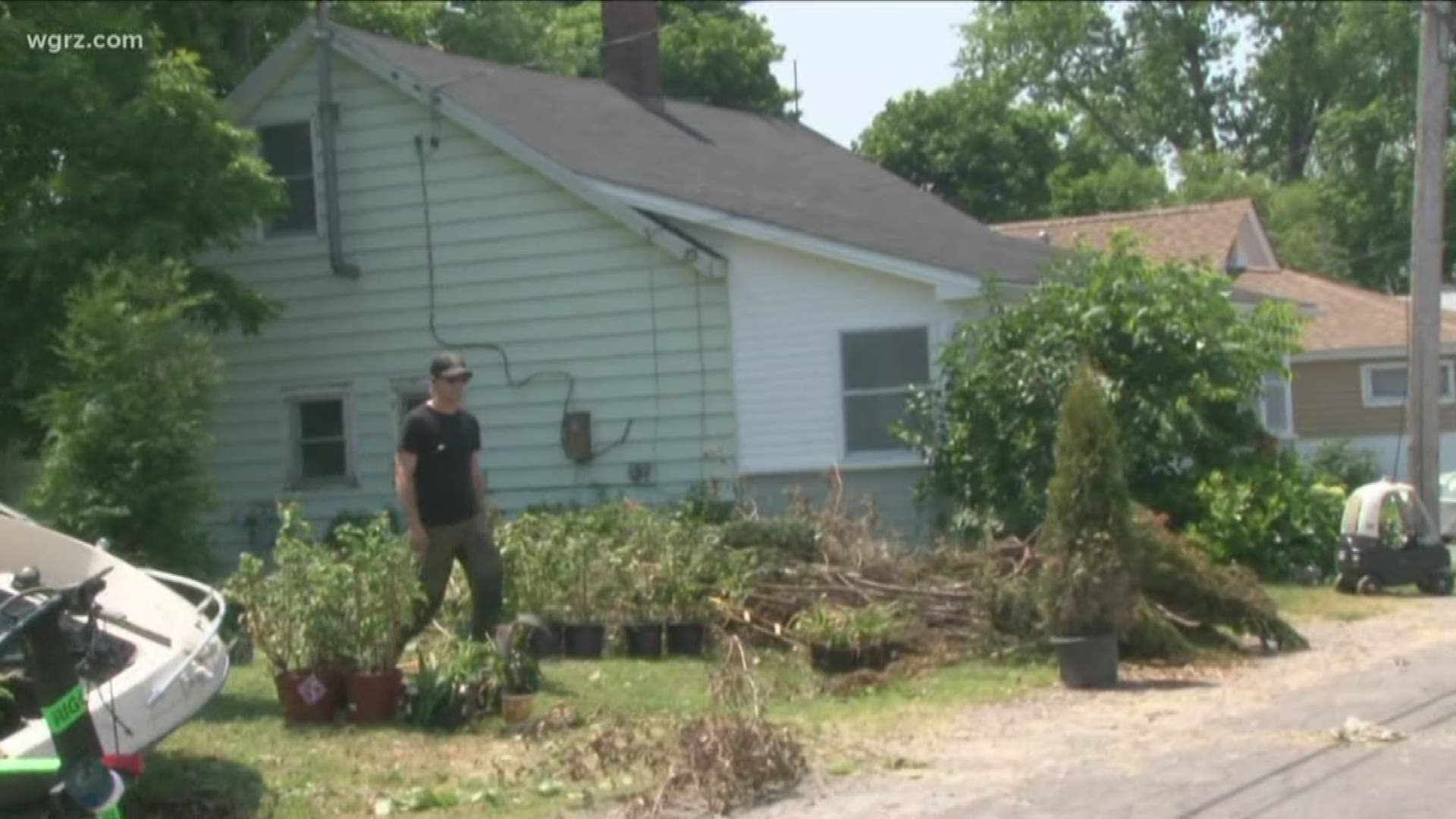 Filming on "A Quiet Place 2" began Wednesday night in Olcott.

"We're really excited about all this it's fun," Julie Gooding said.

Trucks and production crews filled the streets of Olcott on Wednesday to prepare for filming of the sequel to "A Quiet Place," making the small Western New York town anything but.

But the people who live here didn't seem to mind.

"It's really exciting, and they have been so pleasant," Gina Robinson said.

People lined the streets to get a peak while crew finished setting up Ontario Street for Wednesday night's shoot.

One person who was particularly excited was David Hedley, whose boatyard is being used as a set.

"They contacted me early spring, and Paramount Pictures said they wanted to film in the boatyard," Hedley said. "We're lucky to have them for one night here."

He says he got a visit from the film's producer, John Krasinski, a short time later.

All week David has watched while the crew fill his boatyard with equipment and dress up his street for filming.

"To just have the added bonus of it being in a movie, if that can help us get business in the future, I think it's amazing," Jessica Malloy said.

Jessica had her own encounter with Krasinski back in June when he was scouting the town for the movie.

She's one block up from where filming takes place. And she figured she would have some fun.

"We're calling it a not-so-quiet place to paint," she said.

And she, like others who live here, is excited to see her town have a small part in making a little movie magic.

Production in Erie County is expected to last around 35 days before moving to Chautauqua County for another 10 days.

Crews began setting up on Monday to get ready for filming. Residents on Ontario Street were told they had to be in their houses by 6 p.m. so production could begin.

Filming in Olcott is scheduled to last until 3 a.m. on Thursday.

According to Empire State Development, the film's production will invest more than $10 million in New York and hire more than four hundred workers.