A 9 p.m. curfew was issued for Erie County for Sunday. It expired 6 a.m. Monday. 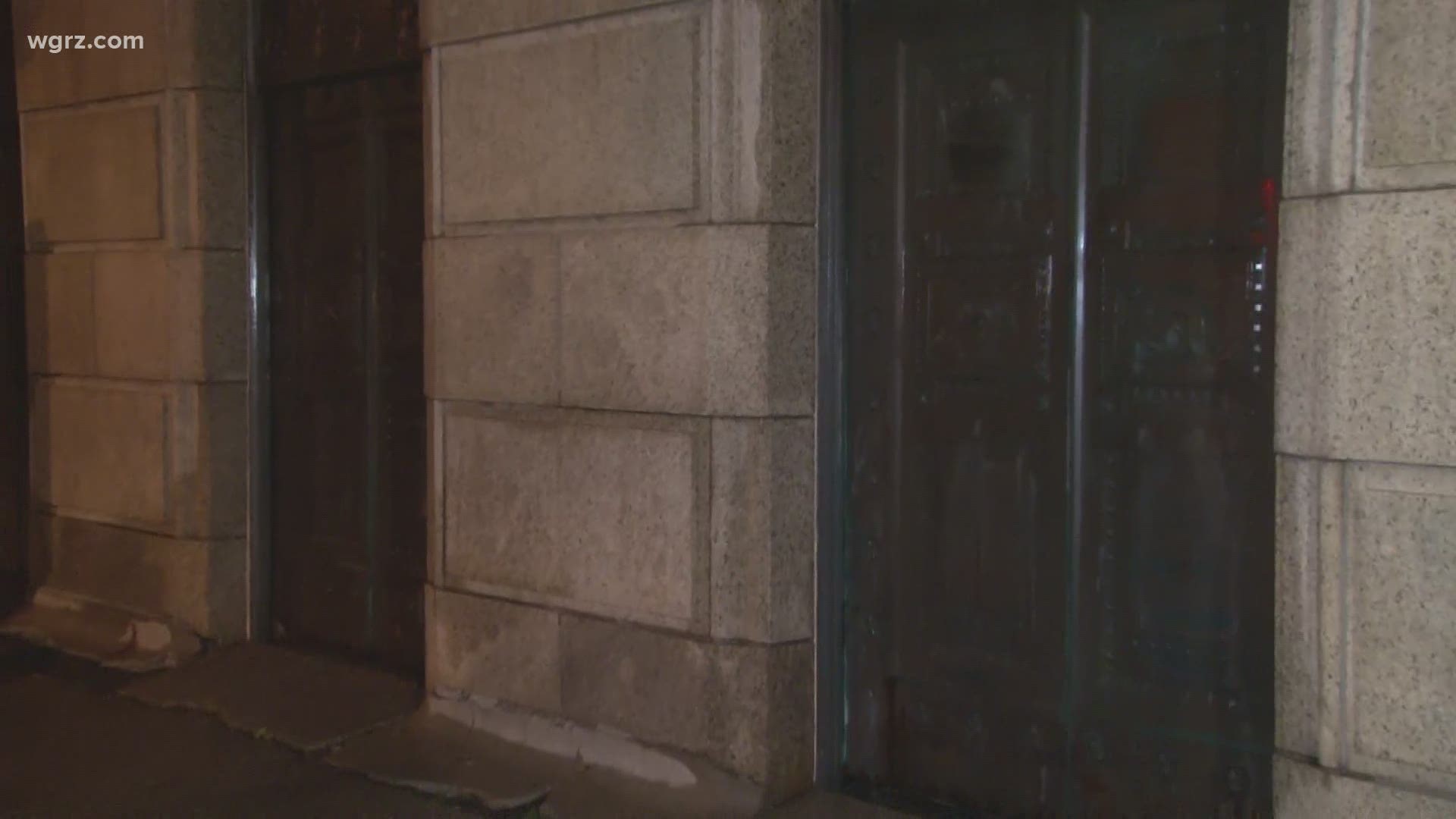 BUFFALO, N.Y. — A curfew in Erie County expired Monday morning at 6 a.m. County Executive Mark Poloncarz put the curfew into effect at 9 p.m Sunday, in an effort to prevent any further vandalism following weekend protests. Poloncarz says no curfew is planned for Monday night, but that could change depending on how things go Sunday night.

Poloncarz says there were no planned protests that they were aware of, but they they've received intelligence that there are some people who want to continue violence and criminal activity. Poloncarz said there were a lot of false rumors on social media Sunday, adding that as of 10:30 p.m. there were no major incidents — directly related to protests — happening in the community.

Buffalo Mayor Byron Brown said roughly 50 people were protesting in Niagara Square Sunday afternoon. When the curfew went into place at 9 p.m., the protesters were asked to leave and most of them did so. However, Brown said six people would not leave and were arrested for disorderly conduct and violating a curfew order.

Essential workers are exempt from the curfew, and are being asked to provide ID if they are stopped by authorities.

Poloncarz issued a curfew Saturday evening, following several incidents of violence during a protest Saturday in downtown Buffalo. Protests were held across the state and country following the death of George Floyd, who was died while being arrested by a Minneapolis Police officer.

The Erie County Executive said Saturday night's events don’t define us as a community. Talking about volunteers who came out to help clean up parts of the city that were damaged, Poloncarz said, “What we’re seeing this morning defines us as a community.”

Buffalo Mayor Byron Brown said most of the protesters in Buffalo were peaceful, voiced their concerns and went home. "I want to say very clearly to those people, you did not hurt the City of Buffalo.  You did not hurt Erie County.  You hurt small businesses," said Brown.  "We saw the best of people and we saw the worst of people."

Brown thanked volunteers and private businesses that came forward to help with clean up.

Seven people have been arrested. More arrests are expected soon.  Buffalo Police Captain Jeff Rinaldo says the city will be releasing a photo later today of the suspect who tried to set fire to Buffalo City Hall.

Local officials have reached out to the governor's office for additional resources. The New York State Police will be assisting police in local communities.

Watch the full press conference below: 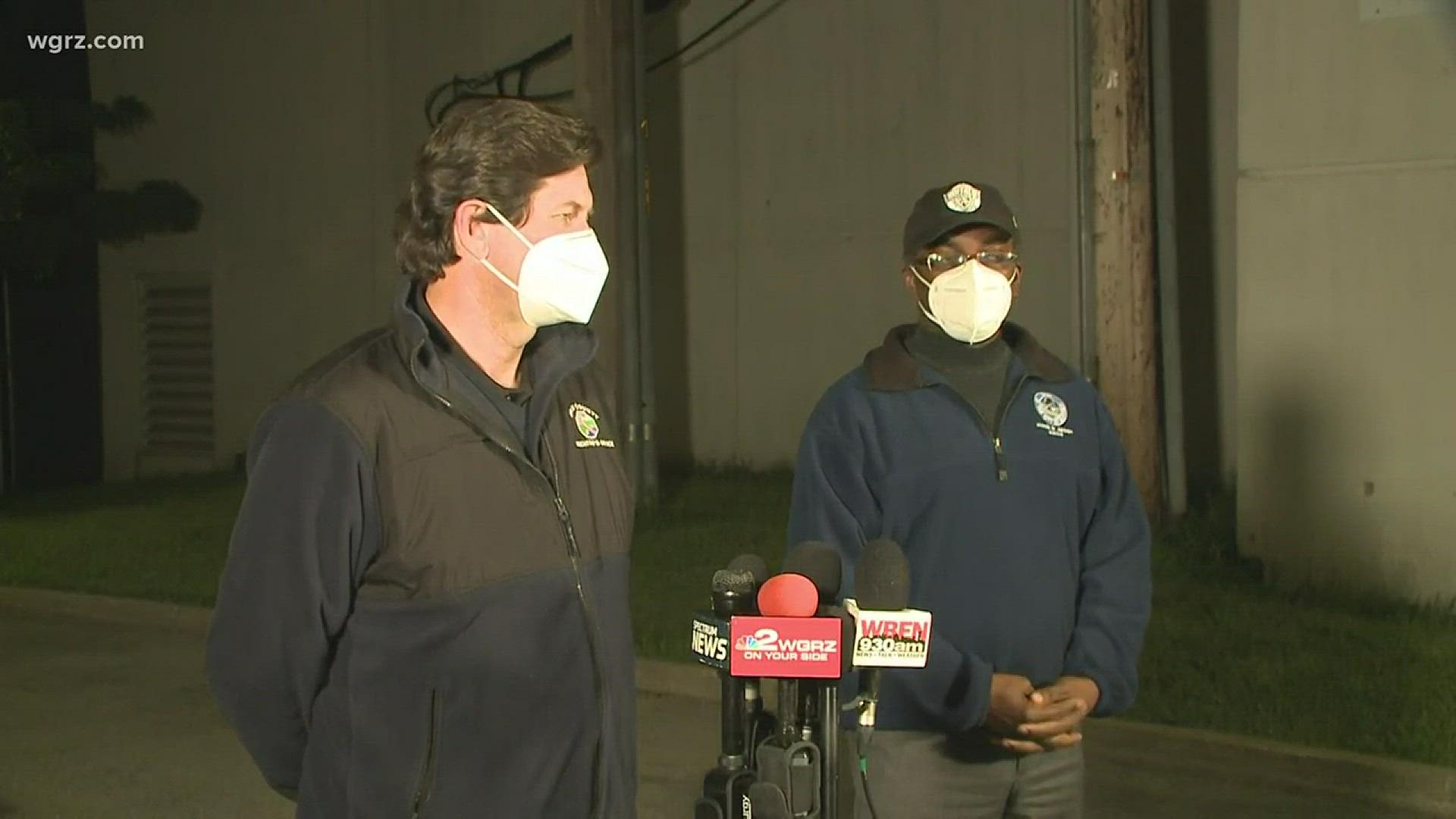 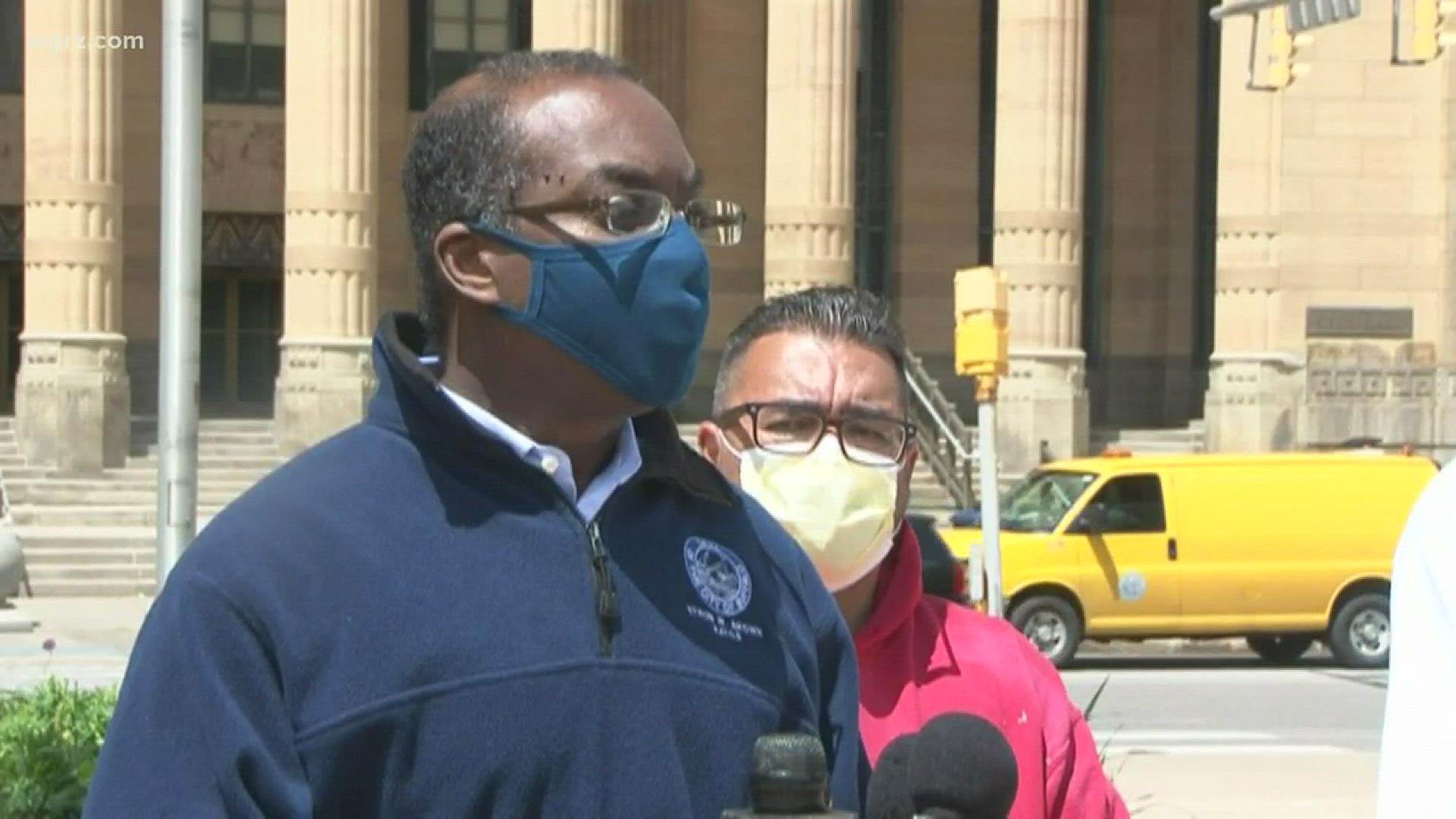 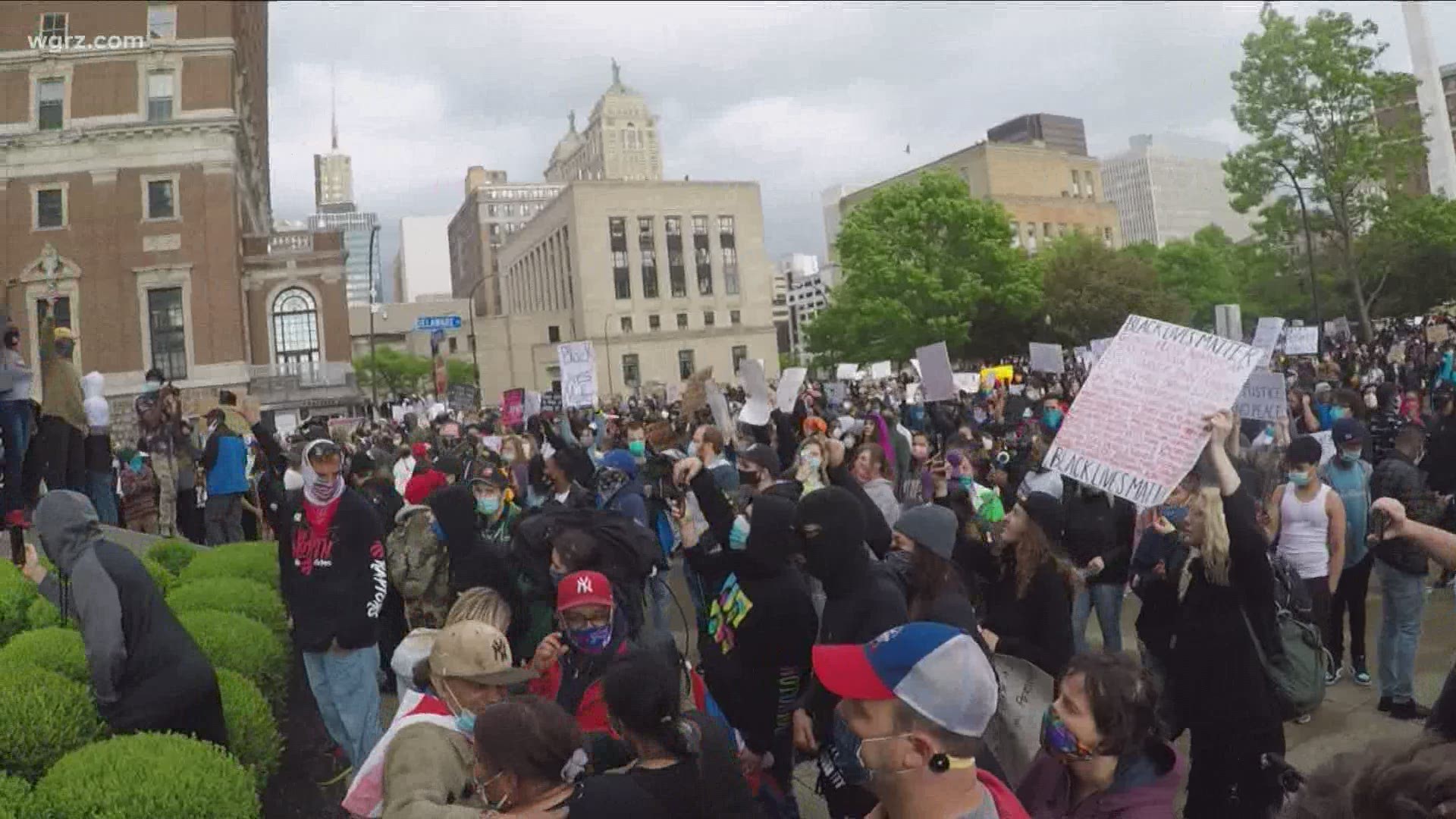 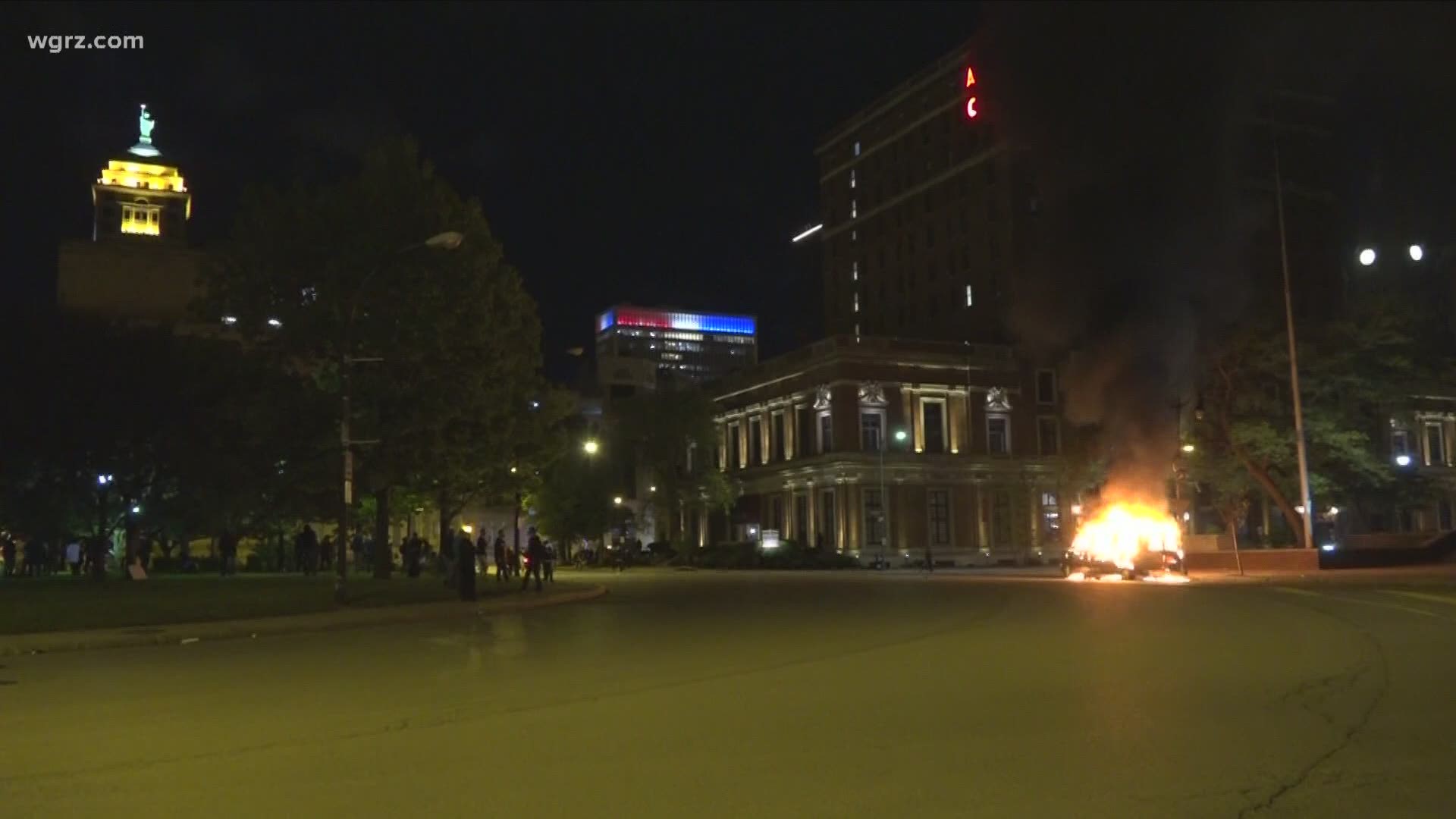 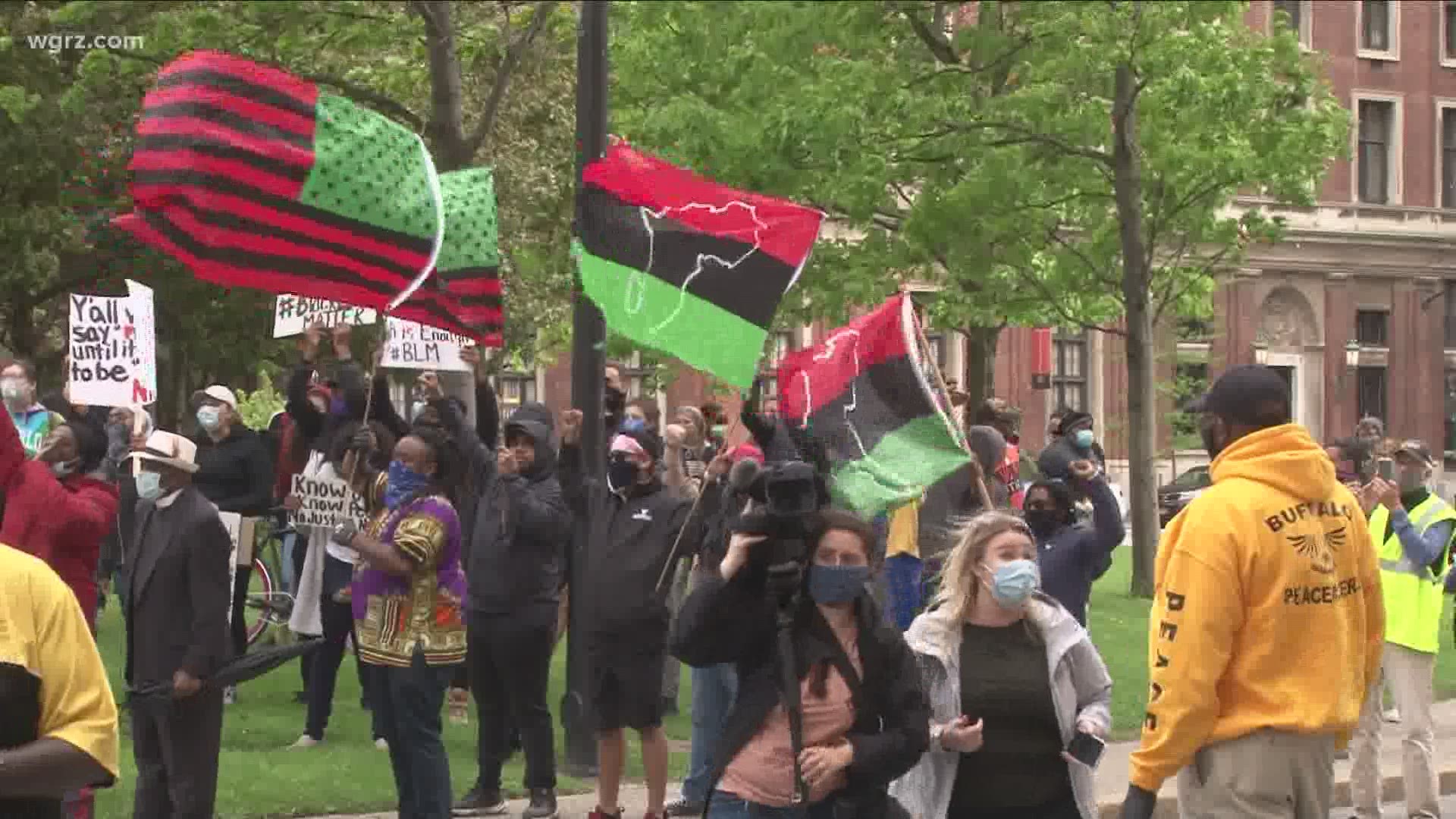 RELATED: Here's what we know about the people arrested during the Saturday night unrest in Buffalo