The WTC Health Program is a limited health program that provides no-cost medical monitoring and treatment for those directly impacted by the 9/11 attacks. 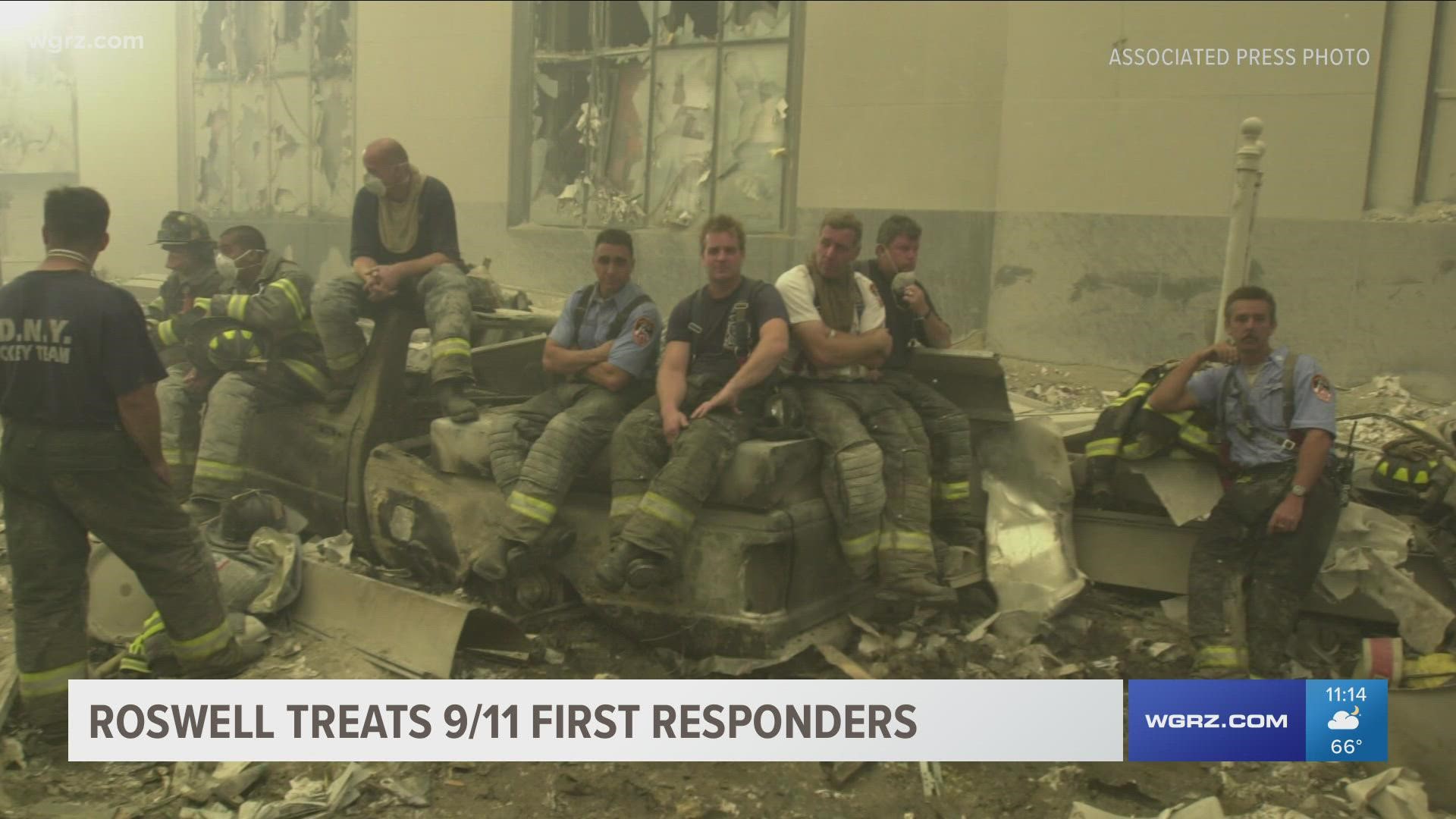 BUFFALO, N.Y. — Back in July, Roswell Park Comprehensive Cancer Center announced that they were approved to provide care for first responders of the attacks on September 11, 2001.

Prior to Roswell Park getting approval first responders previously had to go all the way to New York City for the free treatments.

"They were there days a time, weeks at a time they didn't go knowing what they would be getting themselves into," said Ashley Snowden, director of the physician and corporate relations at Roswell Park.

"They just went to help."

Snowden said there is a correlation between 9/11 first responders and certain cancers.

"These large buildings were filled with heavy metals and asbestos and cement and just all this like really caustic material that people were touching and breathing in and just doing what they had to do at the time," Snowden said.

"People started getting sick afterward, and it was too common to not make the correlation between what their exposures were and what their diagnosis was."

The World Trade Center Health Program is a limited federal health program that provides no-cost medical monitoring and treatment for those directly affected by the 9/11attacks.

Since the announcement in July, 1,600 people have been enrolled in the program from Western to Central New York, and they're receiving care cost-free.