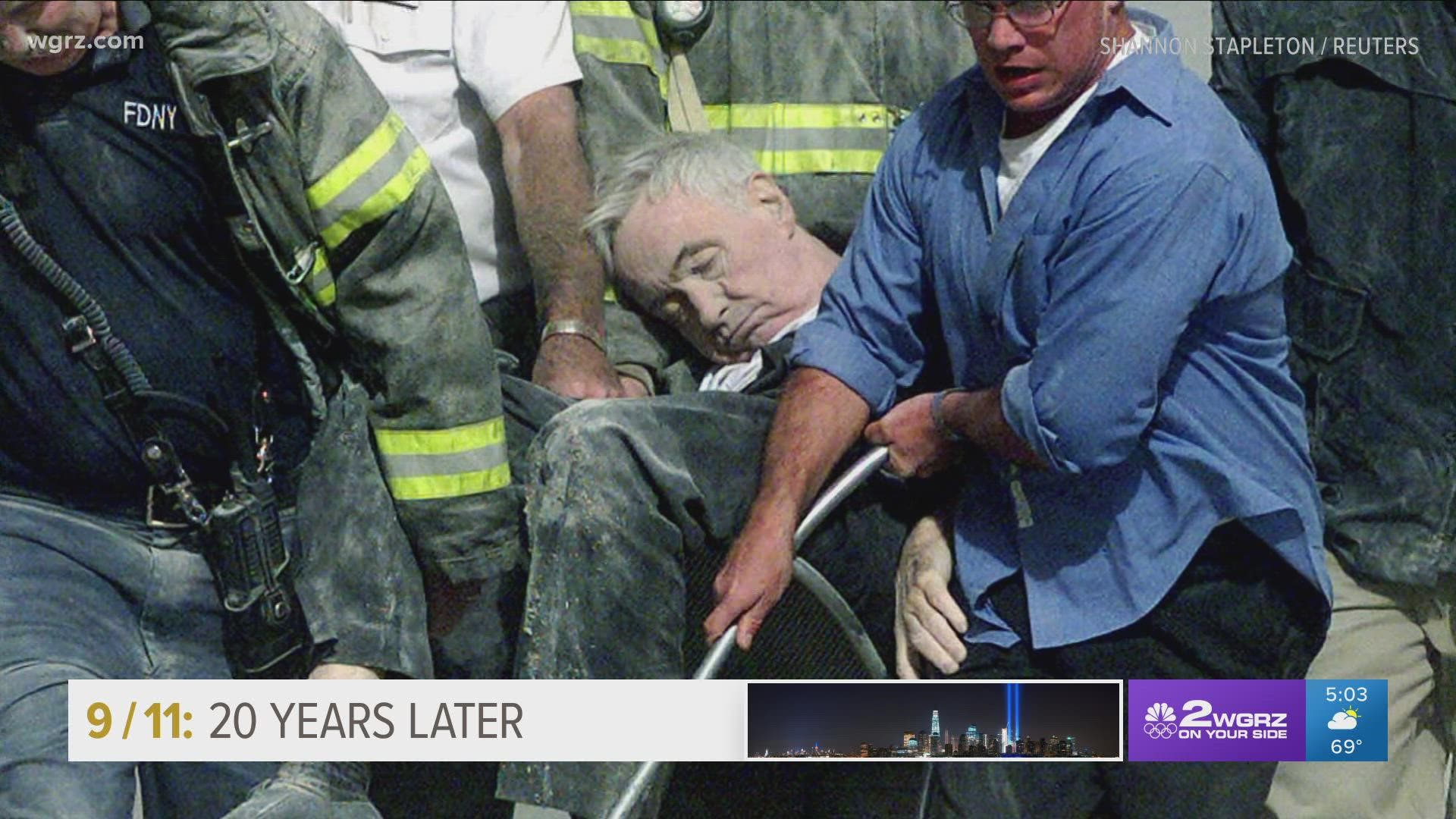 The very first person identified was a Franciscan friar, Father Mychal Judge. His parish was two blocks from the Empire State Building, but he also spent a lot of time across the street at Engine 1, Ladder 24, one of many firehouses he frequented.

Besides being a priest, Father Mychal was chaplain of the New York City Fire Department, and it turns out this man, well known and beloved across the city, also had strong ties to Western New York.

In a city with swagger, Father Mychal Judge balanced bluster with humility. A household name who rubbed shoulders with the elite, he spent most of his time with the hungry, immigrants, and AIDS patients.

"He had a gift that when you're talking to him, you're the only person in the world," Father Dominic Monti said.

Father Dominic is a former interim president of St. Bonaventure University, where both he and Father Mychal got their college degrees. They were friends and brothers for many years.

"He was a bigger-than-life personality," Father Dominic said.

Over the years, Father Mychal would make regular trips to Western New York, though his heart was always in the Big Apple.

On the morning of September 11, 2001, after the planes crashed into the World Trade Center, the fire department chaplain knew where he had to be.

"He took that role always very seriously. Well, this was the biggest job he had ever been at, meaning two planes hitting the World Trade Center," said John Bates, leader of the Father Mychal 9/11 Walk of Remembrance.

Father Mychal was tending to victims in the North Tower when he was hit by debris as the South Tower collapsed nearby.

A now-iconic photo captured the moment, as firefighters carried his body from the rubble. He was the first confirmed victim, though there would be thousands more.

"In some ways, a very difficult picture still for me to see here 20 years later," Father Dominic said. "It's death, but it's death that came out of love, out of service."

Outside St. Pius X Church in Getzville, the haunting image was recreated in the form of a memorial to Father Mychal, the first responders, and all those we lost two decades ago.

For Bates, it's all about keeping the memory alive.

He now leads the Father Mychal Judge 9/11 Walk of Remembrance, which is something his late friend, New York Police Department detective Steve McDonald, started in September of 2002.

This past weekend's walk drew a thousand people.

"It's just a beautiful way to start a difficult week," Bates said.

A week of remembrance, for all those lost, including the famous friar from the church on 31st Street who gave his life in service to New York's bravest.

"There were times he could have gotten in an ambulance," Bates said. "He could have gone somewhere with a hurt civilian or a hurt firefighter. Nobody would have thought any different of him. But he chose to stay there and stand his watch, as we would say, on a tugboat until the very end."

There is a renewed effort to seek sainthood for Father Mychal with groups actively organizing to build the case. 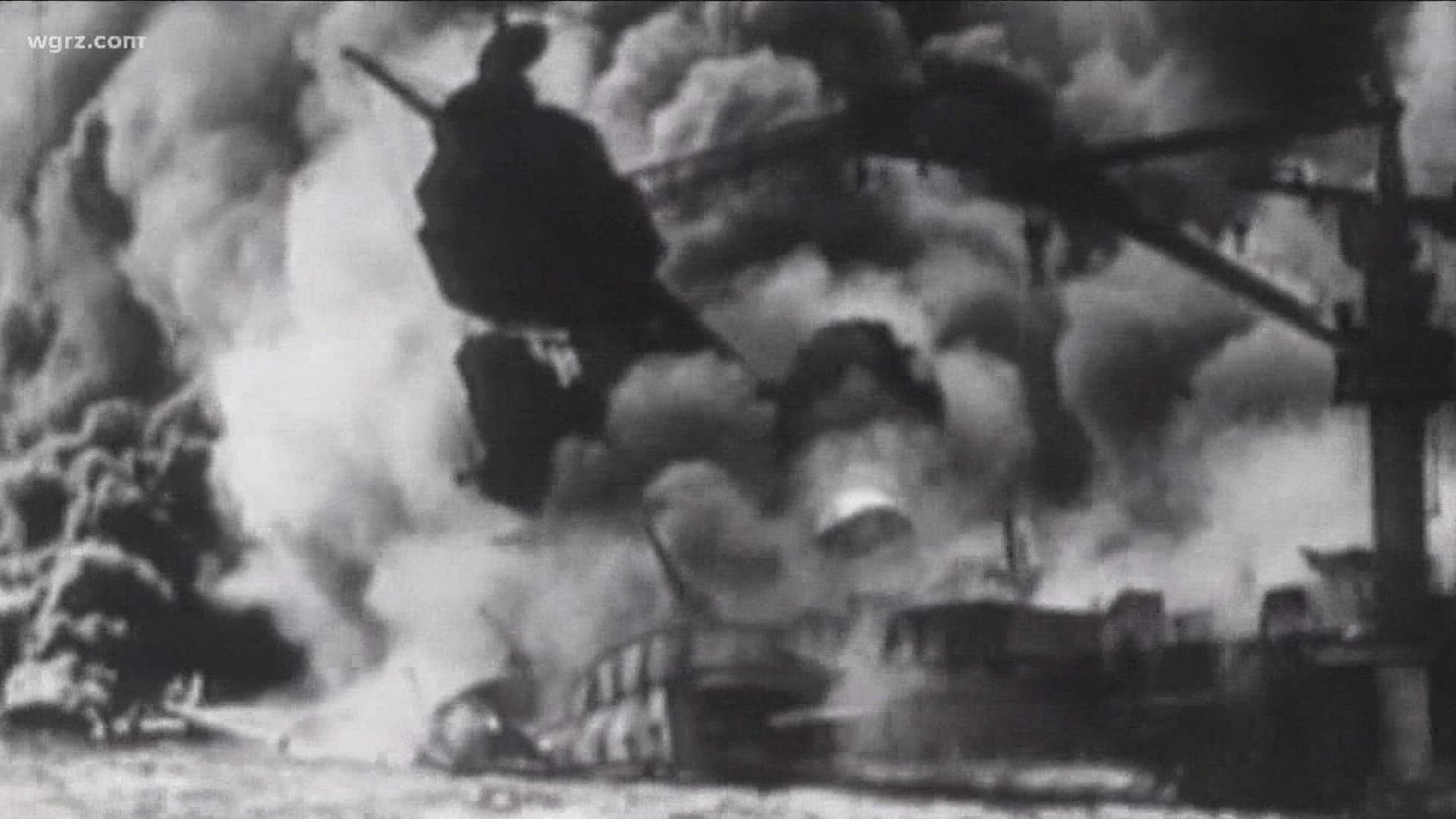