New murals will go up in July as part of the collaboration between the Cobblestone District Business Group, the NFTA, and Albright-Knox's Public Art Initiative. 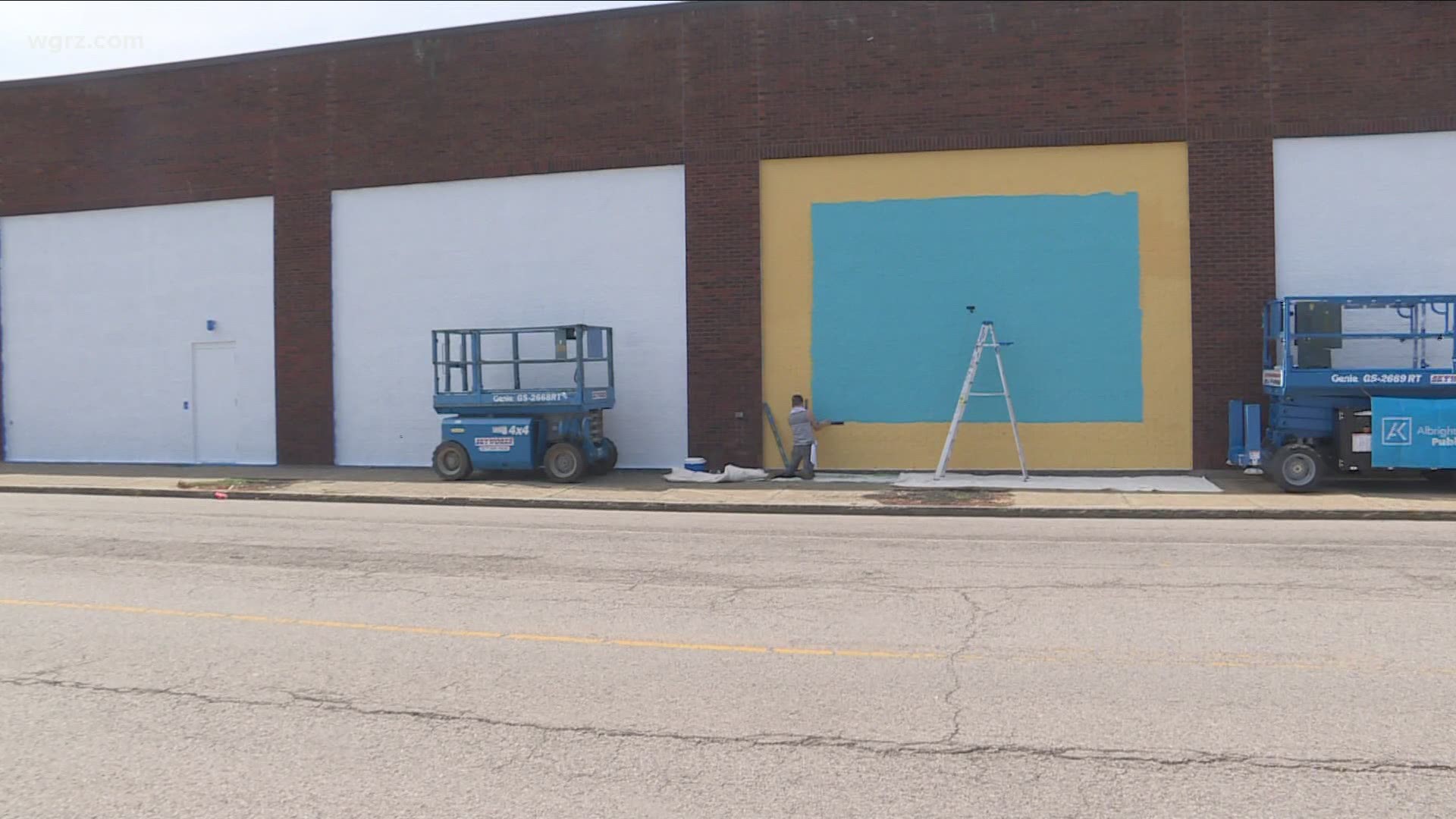 This July, the six artists will create the murals as part of the collaboration between the Cobblestone District Business Group, NFTA and Albright-Knox's Public Art Initiative.

“We have received enormous amounts of positive feedback from this wonderful public art project,” NFTA Executive Director Kim Minkel said in a statement.

“These murals have truly enhanced the neighborhood and promoted interest in the DL&W by adding vibrancy and community pride.”

Six murals went up last summer as the project got underway, with more now on the way.

“Cobblestone Commons is truly an expression of what it means to be part of a ‘community,’” according to Cory Muscato, owner of Lockhouse Distillery and member of the Cobblestone District Business Group, in a statement released on Thursday.

“The businesses in our neighborhood share a strong sense of cooperation and seek to further distinguish our district beyond the many street festivals, sporting events, and concerts that have made it a destination for hundreds of thousands of visitors each year," Muscato added.

"I am very proud to see so many businesses come together with the Albright-Knox and NFTA to give birth to such a meaningful and large-scale mural for the City of Buffalo and its communities.”