Another local man is telling his story of being abused by not one but two Catholic priests which for him... began at the age of 12. 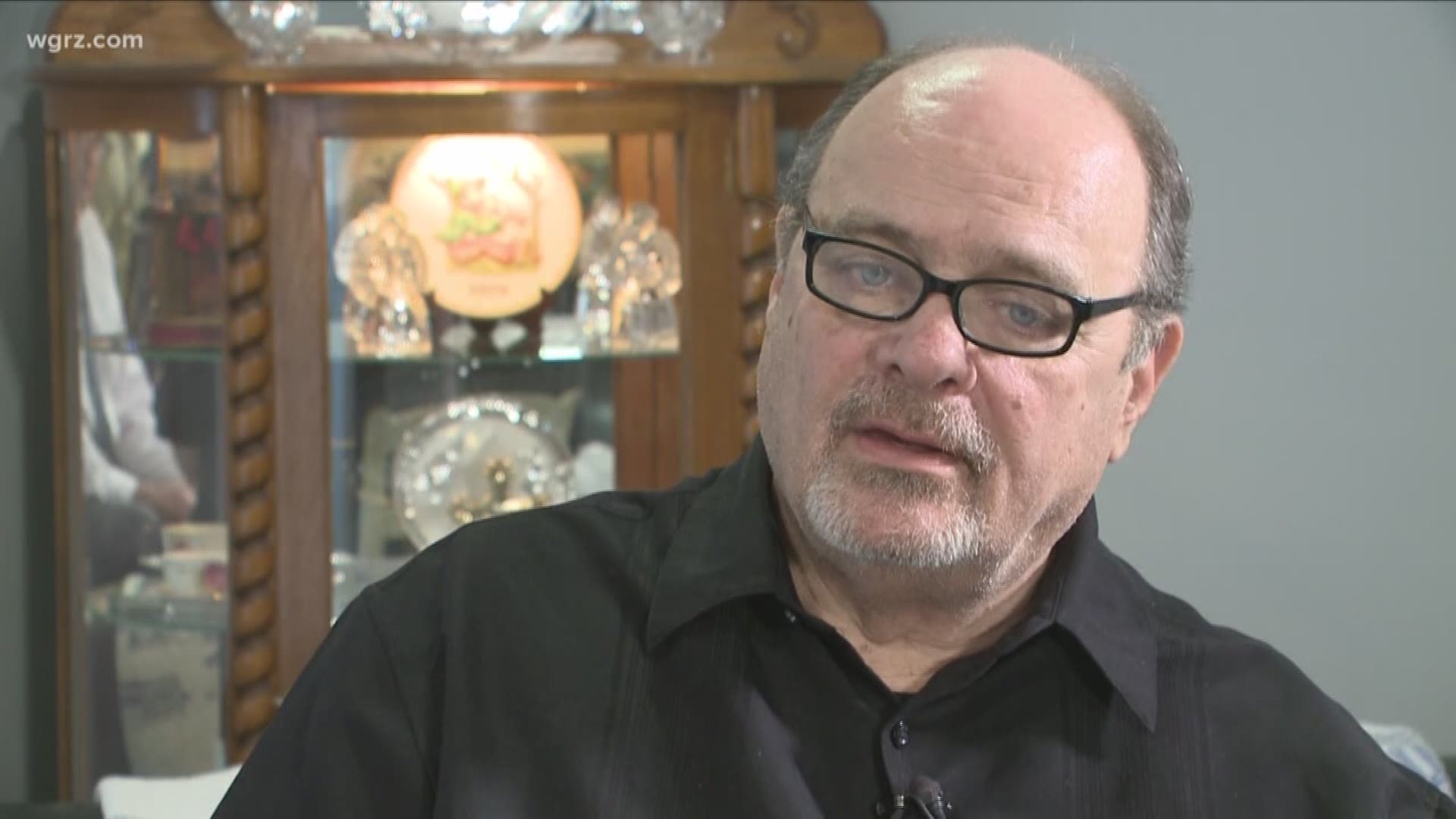 BUFFALO, NY — His name is Charlie Pero, and after 57 years, he's coming forward publicly now to talk about being sexually abused by two Catholic priests to let other victims know it's OK. To let them know they should not be ashamed or afraid to talk about it anymore.

Charlie says that he has been in a living hell for 57 years, until his daughter Kelly recently asked him when it was that his life took a spiral down. It was that moment that Charlie realized that God was about to heal him after decades of pain.

"It blew my mind, because it was right between the eyes, didn't think... I know exactly what it was, and when it was," Charlie said.

Charlie grew up during the 50s and 60s, the oldest of four children. His parents were strict disciplinarians and the local Catholic church Saint Joseph — where he was an altar boy — was a huge part of his parents' lives, both spiritually and socially.

They got to know the priests in the church extremely well, very close, they would be at our house more so than the rectory... they just liked coming over and socializing with my parents" Charlie said.

One Summer night as Charlie was about to enter his first year at Notre Dame High School, his parents had a house party attended by friends and clergy. Long after Charlie had gone upstairs to go to bed, his parents invited one of the priests to spend the night with them. A short while later, that decision would change Charlie's life forever.

"I don't know if there is a healing from all of this. I'm praying that there is," Charlie said. That night I was awoken with a hand over my face and a naked man on top of me, who just happened to be a Catholic priest. Things happened that should never happen to a child never ever.

"The next morning I was no longer the innocent child I was. This unfortunate abusive behavior continued, I didn't know what to do. I was 12 years old. Where am I going?"

Charlie says the abusive behavior that night in his home was not an isolated incident, it continued until his parents confronted the situation when another abused Childs parents did speak out. Following that, the priest was transferred to East Aurora and never again was anything ever spoken about the abuse.

More abuse followed Charlie as he entered high school, when he and other boys were abused by Father Richard Keppeler, the Dean of Boys at Notre Dame High School all four years. That was when Charlie began to drink.

"It was during my high school days the only thing I did to get out of pain was to drink alcohol," Charlie said.

Charlie's dreams of playing baseball, and even becoming a priest were shattered by the abuse. He no longer trusted priests and often acted out while attending high school. His behavior became erratic and detention became the norm for Charlie.

Both priests in this story have passed away, but we are only naming one of them, Father Richard Keppeler because he has already been named by the Diocese. Diocese said that Charlies' claim, like many others, will become part of the program where experienced judges will fully consider each claim.

As a result of the abuse, Charlie's life took on a different direction. His professional dreams never came to fruition, he ended up working for his father's plumbing business instead, something he never dreamed of doing.

Charlie told his parents, his first wife, brothers and sisters about the abuse over the years and has gone through years of counseling. He told 2 On Your Side's Scott Levin that he wanted to go public now to right a wrong, no matter how old he is. He also wants other victims to know it is never too late, and to never be ashamed to come forward anymore.

He's hoping to help them avoid a lifetime of suffering and pain.