The Erie Canal Harbor Development Corporation wants to build a waterfront amphitheater. Four nonprofits are now suing the corporation and the City of Buffalo. 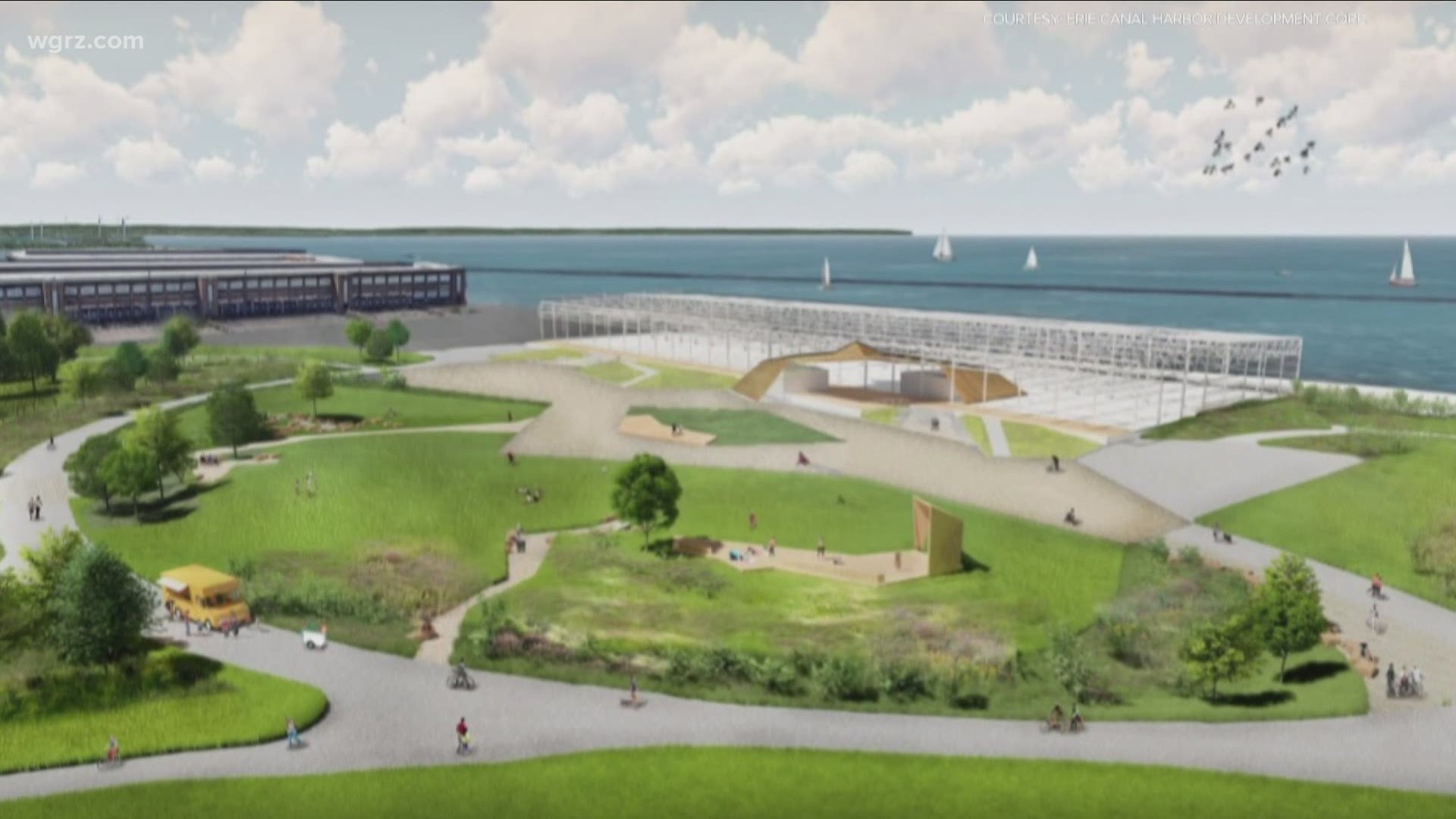 BUFFALO, N.Y. — In May, Erie Canal Harbor Development Corporation revealed plans to tear down a warehouse on the Outer Harbor and build an amphitheater for live concerts.

However, four nonprofit organizations filed a lawsuit Thursday against the corporation and the City of Buffalo over those plans, citing a violation of environmental laws and a lack of due process.

"The lack of a proper environmental review and resultant plan will irreparably damage the critical habitats already present at Buffalo's Outer Harbor, jeopardize future ecological improvements, as well as lead to privatization of these public shorelands," Gladys Giffords, who's with the League of Women Voters Buffalo Niagara, said in a statement announcing the lawsuit.

The groups are seeking a parkland designation along the Outer Harbor, citing the need to preserve the coastline.

Along with bike paths and walking paths, the amphitheater is expected to open two years from now and would be large enough to seat 8,000 people. Concerts that typically would be at Canalside would move to the amphitheater, allowing for the new carousel and residential units.

"This is our second chance to get it right," Joanne Kahn of 21st Century Park on the Outer Harbor, Inc. said in a statement.

"By repurposing this post-industrial waterfront into a natural park we will recover a healthy coastal landscape, clean water, environmental resilience, health and justice for the adjacent neighborhoods. It will also beautifully complete Olmsted's legacy of connecting our city and our park system with Lake Erie."