4 Buffalo firefighters injured after truck rolls over on Fillmore Avenue

Four firefighters were taken to ECMC to be treated Friday. They were all treated and released. The fire truck sustained extensive damage. 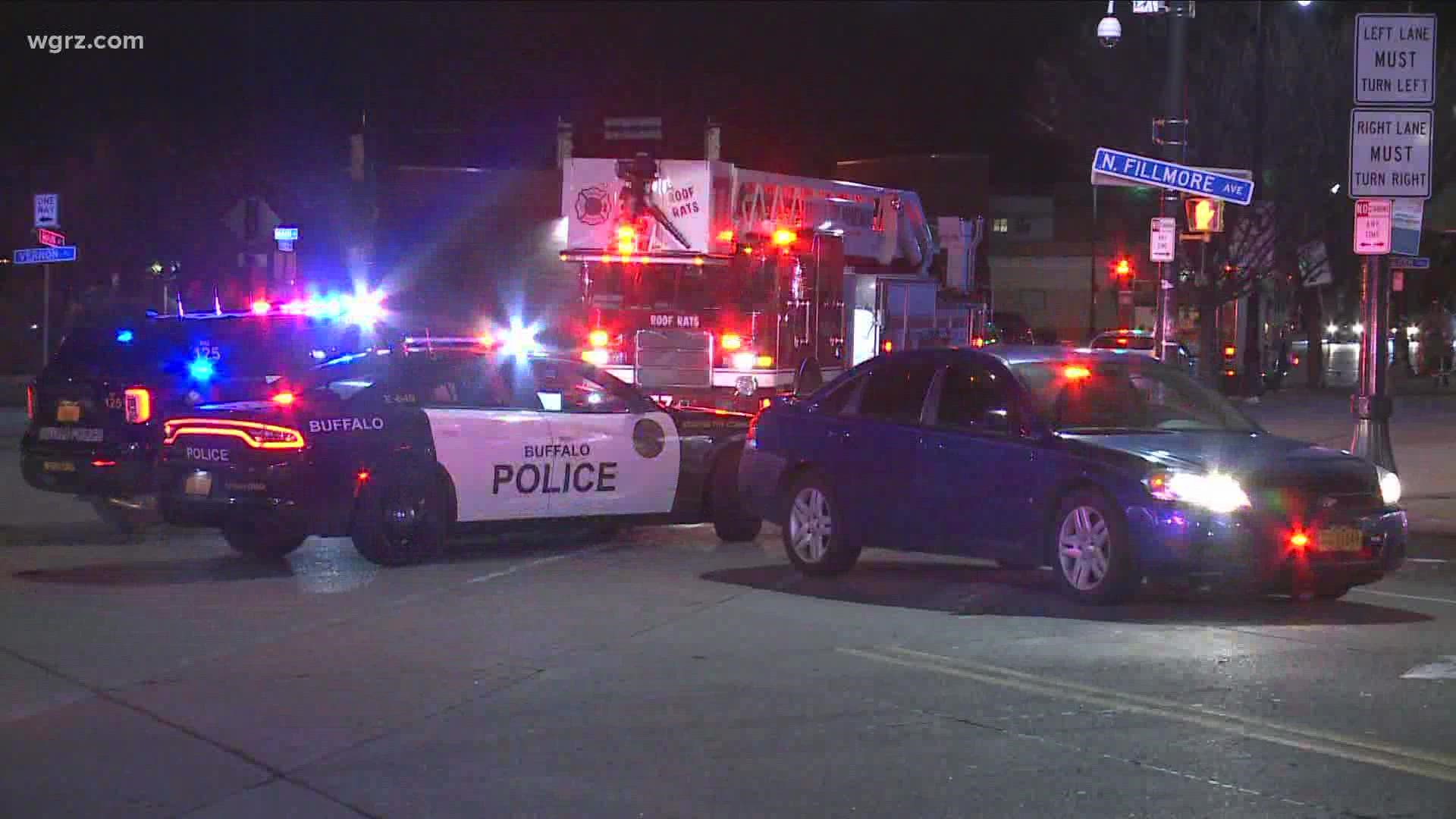 BUFFALO, N.Y. — Four Buffalo firefighters were injured after a fire truck rolled over on Fillmore Avenue, near Main Street, around 4:30 p.m. Friday.

A city spokesperson says the firefighters were responding to a preliminary call of a fire. A driver attempted to make a turn, and the fire truck had to swerve out of the way.

Four firefighters were taken to Erie County Medical Center to be treated. They were all treated and released for various undisclosed injuries, according to a city spokesperson on Saturday.

Accident investigators with the Buffalo Police Department say the fire truck was responding to a call with its lights and sirens activated. Police say the truck attempted to make a left turn when another vehicle pulled in front of it.

At that point, the person driving the fire truck attempted to avoid a collision, causing the truck to fishtail before tipping on its side. The other vehicle was not struck.

Police say the fire truck sustained extensive damage, and that no charges have been filed at this time.

Credit: WGRZ
Four Buffalo firefighters were injured after a fire truck rolled over on Fillmore Avenue, near Main Street, on Friday evening.

It's the second incident involving a Buffalo fire truck this week. A school bus driver and a bus aide were both injured in a crash involving a fire truck on Tuesday morning.

That crash happened between a fire truck and a school bus around 7:15 a.m. at the corner of East Lovejoy Street and North Ogden Street in Buffalo.

A City of Buffalo spokesperson told 2 On Your Side that a Buffalo fire truck was responding to a two-alarm fire on Goethe Street when the accident happened.