Three women from the Niagara University swimming team are suing the school saying that they were sexually harassed by members of the men's swim team. 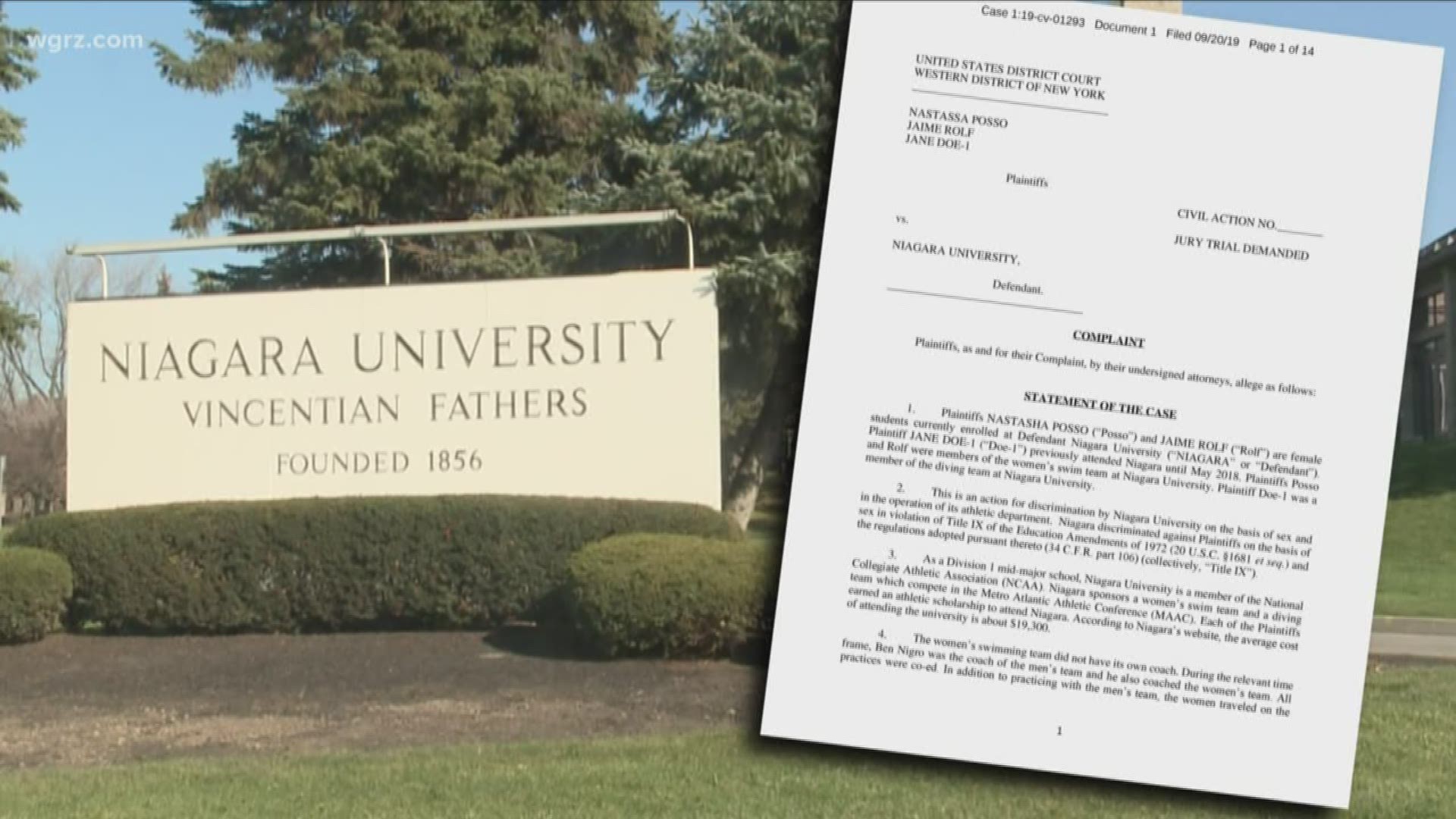 Members of the Niagara University women's swimming team are suing the school saying that they were sexually harassed by members of the men's swim team and that the coach knew about it.

The federal lawsuit against Niagara University comes from a current NU swimmer, a current NU student who used to be a swimmer, and a Jane Doe who swam for NU for four years before graduating. They were all on the swim team, which shared a coach with the men's players.

They say they were sexually harassed and otherwise discriminated against by members of the men's swimming team, and they claim the coach didn't stop it.

The lawsuit says male swimmers would "make whale noises during practices," called a female swimmer a "water buffalo," moaned to emulate sexual gratification, and made fun of the women's weight, calling them "fat" or other names. The men even ranked the female swimmers based on their physical appearance.

The unnamed woman also says she was "intentionally pushed by a male swimmer into a bush."

They say, "the coach's failure to discipline or sanction male swimmers encouraged an environment in which they were permitted to bully, intimidate and humiliate female swimmers." His alleged response was "boys will be boys."

The lawsuit claims "each plaintiff suffered psychological and emotional harm. They each have sought medical treatment and/or counseling for persistent depression which, in at least one instance, manifested in a suicide attempt."
Niagara University released the following statement:

We are aware of a lawsuit that was recently filed in federal court.

Niagara University's foremost priority is the well-being of every member of our campus community. We proceed with due diligence to examine any issue that is brought forward that may compromise our culture, while ensuring that we do not rush to judgment or reach conclusions before the completion of the process. Where it is necessary and appropriate, the university engages independent investigators.

To ensure the integrity of the process, and out of respect for every individual involved, we do not comment on ongoing matters.

Niagara University confirmed on Tuesday that it is looking for a new men's and women's swimming coach. The school would not confirm whether swimming coach Ben Nigro had been fired due to the federal suit.

The full lawsuit can be read below:

RELATED: 3 times as many girls as boys report harassment as cyberbullying rises