26 Shirts is helping an Elma boy who is diagnosed with brain cancer. 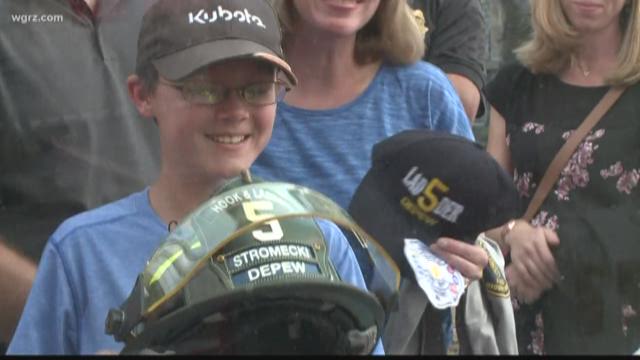 We first introduced you to Ben last summer as he took a tour on the Edward M. Cotter with his family and several firefighters. Ben is battling Stage 4 brain cancer.

Proceeds from the Buffalo Charge shirts and hats go directly to the "Ben Be Strong" campaign.

Last week, Ben had more tests done and has been in and out of the hospital.

"The tumor has reappeared in his brain and is putting pressure on his eyes. And, Ben has had severe facial edema, swelling, since end of November, beginning of December. They finally got his pain under control, so now we're just waiting to find out if there's anything medically left that they can do for him," says Beth Nowak.

Nowak is the president of Ben Be Strong and has been organizing the fundraisers for the Stromecki family.

Nowak is also starting the "Fill a Boot for Ben" fundraiser back up again, and there's a benefit for Ben at Mangia in Orchard Park on Sunday, February 11 from 3 p.m. to 7 p.m. They are still looking for donations for the basket raffle.