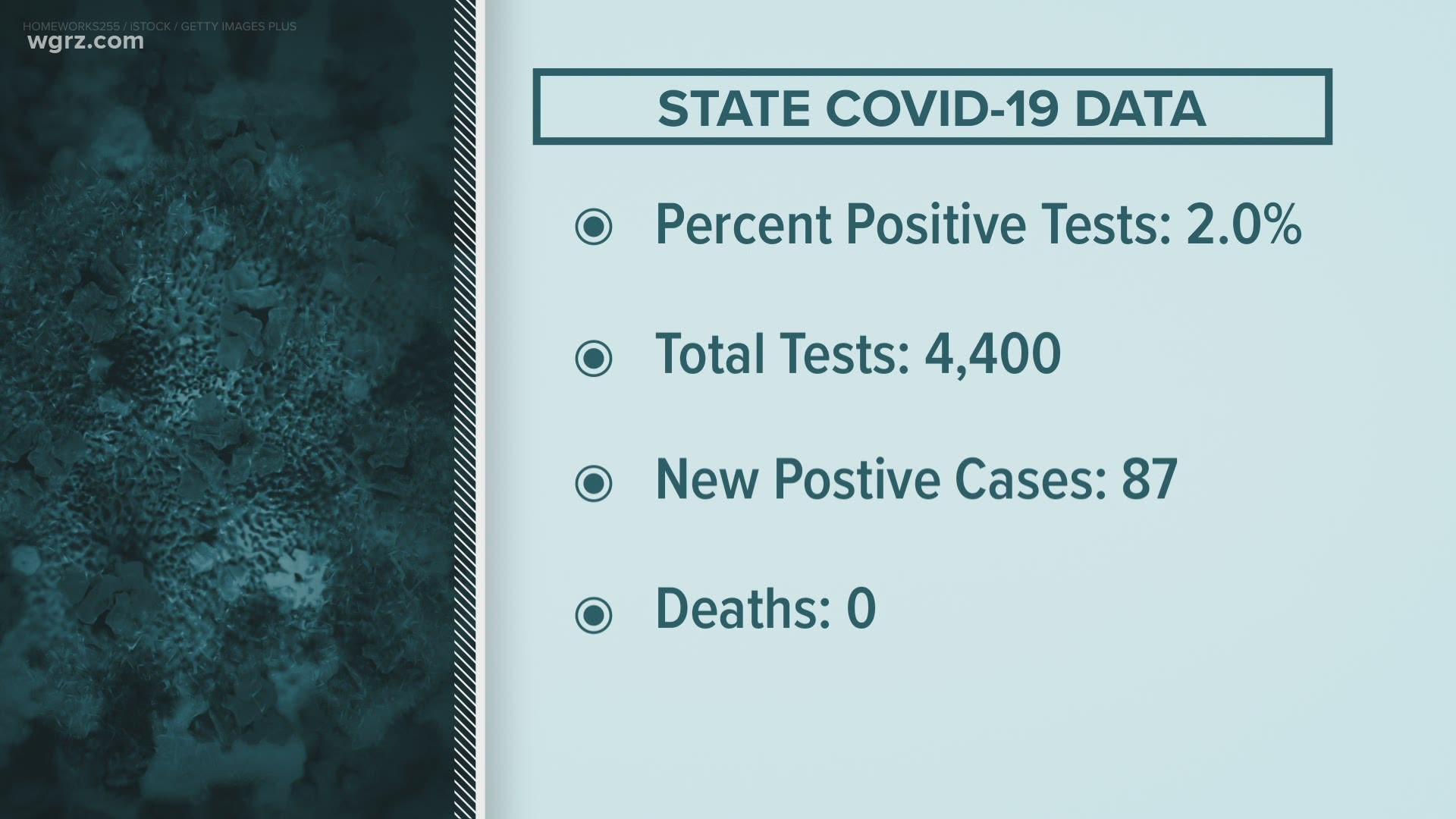 NEW YORK — The Western New York and Central New York regions had the highest single-day rate of positive COVID-19 tests out of all the regions in the state on Saturday. Both regions had 2 percent of tests come back positive.

Every other region was 1.2 percent or under.

Meanwhile, New York State as a whole had a single-day rate of positive tests under 1 percent for the 37th day in a row. Out of 72,668 tests conducted statewide, 725 came back positive for a rate of 0.96 percent.

Additionally, Chautauqua County had eight new cases, Niagara had seven, and Cattaraugus had two on Saturday.

Allegany, Genesee, Orleans and Wyoming had no new cases on Saturday according to the state.

So far, 444,365 New Yorkers have tested positive for the virus during the pandemic.

Six New Yorkers died on Saturday from the virus. None of those people were residents of Western New York, according to New York State. There have been 25,390 New Yorkers who have died of the virus thus far.

Statewide, hospitalizations decreased by three to 464. There were 57 newly admitted patients and 60 discharges. There are currently 131 people in the ICU for coronavirus, and of those people 54 are intubated.

"Our numbers continue to reflect the work of New Yorkers, who ultimately flattened the curve," Governor Cuomo said. "For 37 days, our infection rate has remained below one percent, which is incredible when you think back to where we were in the spring. As we head into the fall and flu season ahead, we need everyone to continue to wear masks, socially distance and wash their hands, and above all, stay New York tough."