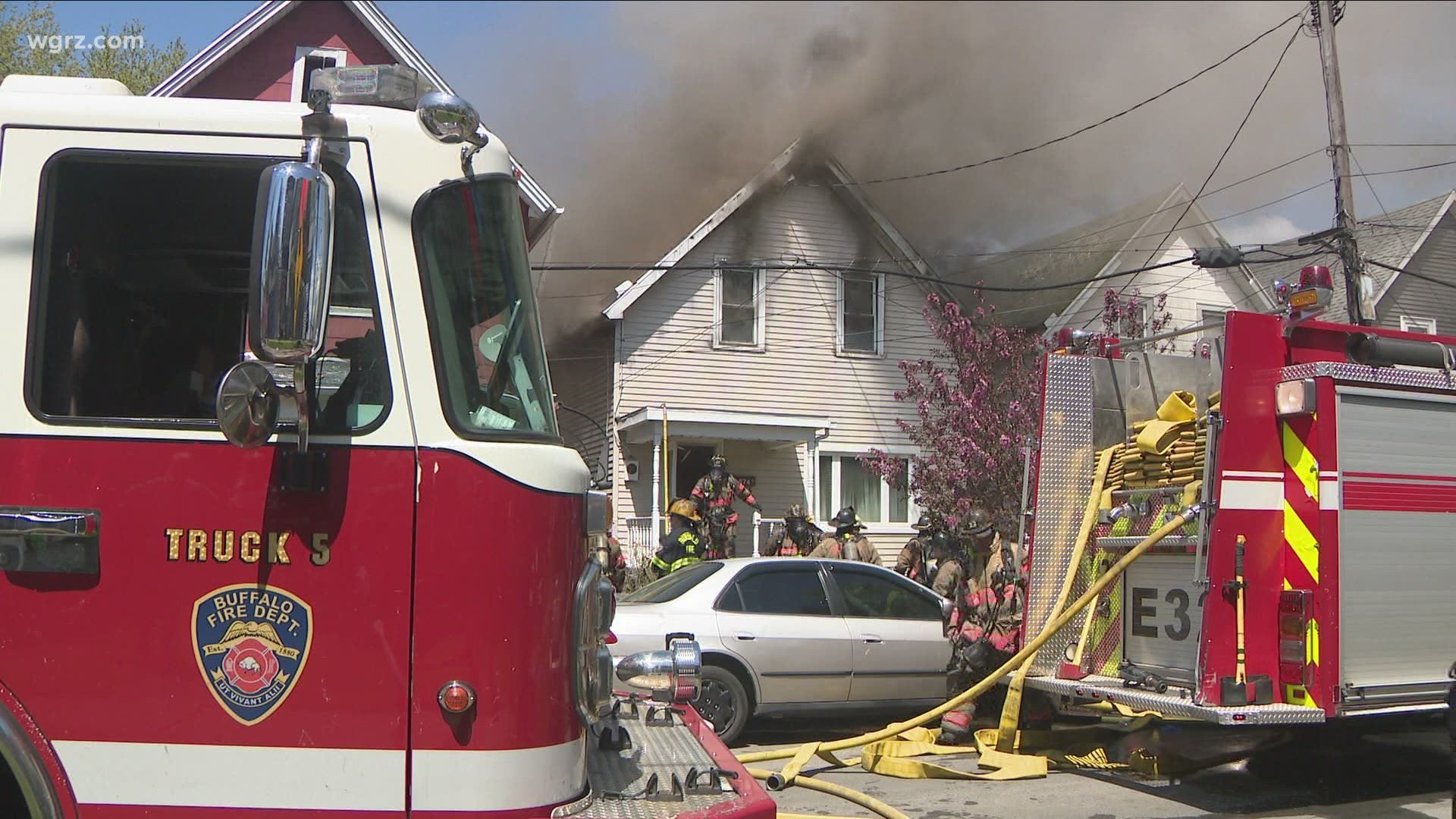 BUFFALO, N.Y. — A two-alarm fire broke out Monday afternoon on Fulton Street in the City of Buffalo.

Buffalo firefighters were called to 672 Fulton Street just before 2 p.m. According to fire investigators, the fire started on the first floor of the residence, causing an estimated damage of $150,000.

The fire also caused exposure damage to 670 Fulton Street and 674 Fulton Street. Damage to those buildings is estimated at $205,000.

Fire officials say two firefighters were injured while battling the blaze. Both were taken to ECMC where they were treated and released for non-life-threatening injuries.

The cause of the fire is under investigation.