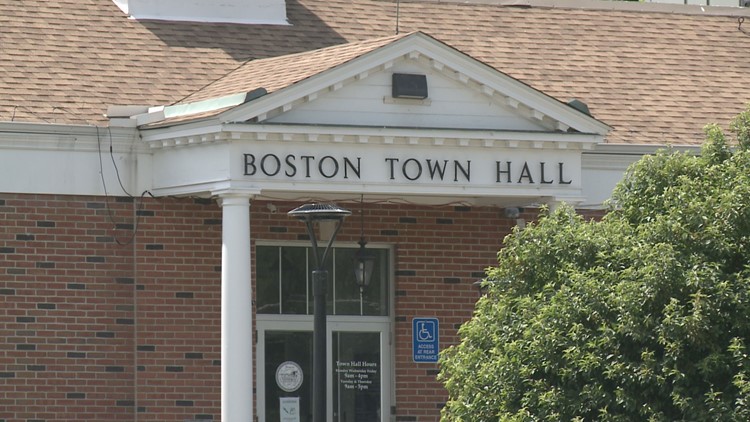 How do you lose a dump truck? The Town of Boston is under intense scrutiny after a recently completed review found more than a million dollars of property purchased with taxpayer money is now missing.
Author: Emily Lampa
Published: 6:14 PM EDT July 5, 2018
Updated: 6:49 PM EDT July 5, 2018

The Erie County Comptroller's office assessed the inventory of the Town of Boston, at the request of town supervisor Jason Keding. The review found $1.5 million worth of equipment and vehicles is missing. That's taxpayer money we're talking about.

Erie County Comptroller Stefan Mychajliw explained that assessors from his office looked at documentation from the 1970's to December 2017 and found no record of where this equipment might be.

About $1.1 million of that missing property was purchased for the Town of Boston highway department.

We're told the most recent inventory lists the town could find for the comptroller's review was from 2003.

Mychajliw says anytime a piece of equipment is purchased, it is documented and cataloged, and likewise when something is thrown out or sold, it should be documented.

But in the case of this missing equipment, assessors could find no documentation, so they don't know if the items were lost, stolen, destroyed, or sold.

As a result of the review, the county comptroller's office issued a number of recommendations to strengthen or add to existing town of Boston equipment policies.

Bookkeeping we're told, in the Town of Boston, is the responsibility of the town supervisor and the mayor.

"The numbers were surprising," Keding admitted. "Myself and the town board, we knew there were issues, but we didn't know it was to this extent. Now, we certainly have our marching orders. We are the stewards of the taxpayer dollar and now it's up to us to make this right."

To put $1.5 million of missing equipment in perspective, the town explained that's about one-third of the town of Boston's overall annual budget: $4.9 million.

The results of this assessment were publicly released Thursday. Before the public announcement, these findings were shared with town board members and Town of Boston employees.

Mychajliw believes it too early to say if criminal charges could be filed in this case.

"My gut feeling is a lot of the $1.5 million of unaccounted for equipment...I think we can attribute that to very sloppy bookkeeping. Maybe it was sold, destroyed, things of that nature. Did things walk out the door? It's quite possible. We just don't know," Mychajliw said.

The comptroller and the town supervisor say the inventory review did not find proof of any wrong-doing. But they admit charges could still be pursued in the future, or if town board members decide to move in that direction.

Once a policy is adopted, they will make sure all municipal staff understand what is required of them.

He says they plan to have the town board revisit this issue and those policies annually, or even on a quarterly basis, to make sure they're being followed.

Keding says he has an aggressive timeline to get those new policies and procedures in place.

By the next town board meeting on July 18, he hopes to have some policies ready; with the rest complete by August.