Starting February 6, anyone caught going 10 mph over the 15 mph speed limit in school zones that have these cameras can expect a $50 ticket in the mail. 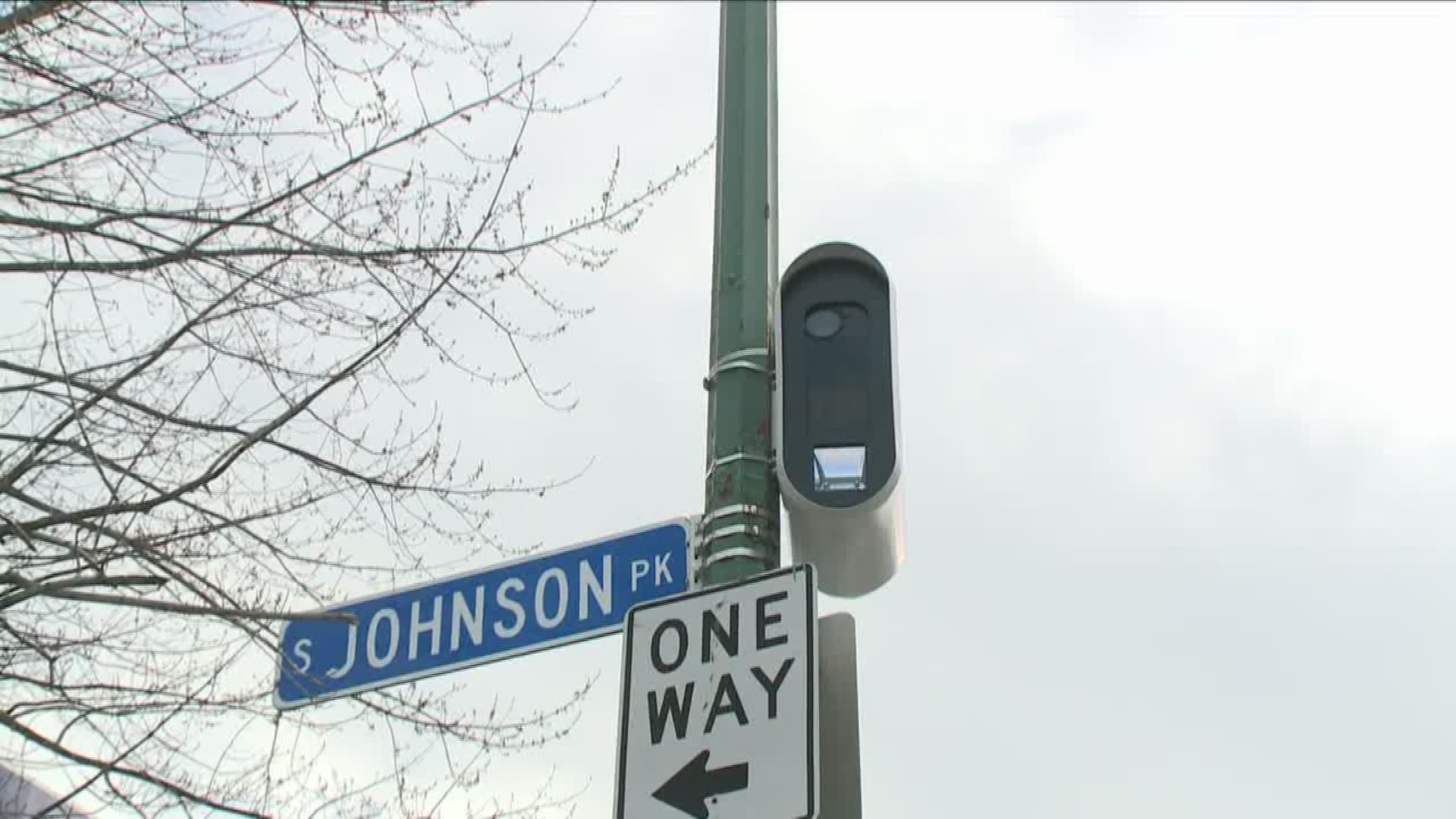 BUFFALO, N.Y. — Drivers, slow down in school zones. It's not just police who will penalize you for speeding in those areas.

The City of Buffalo installed cameras in school zones across the city, which went live on Monday to catch anyone not obeying the law.

Those cameras have been going up for months. It comes after Governor Andrew Cuomo signed a legislation to increase the school safety camera program across the state.

Fourteen of 20 cameras are now live around the City of Buffalo and ready to issue a warning to any driver going too fast in schools zones.

"It's a great idea. The parents should have a little more awareness that they should be careful around the school areas," said Nicholas Martin, who has two kids that attend school in downtown Buffalo.

Right now a 30-day grace period is in effect to help drivers get used to the cameras. That means starting February 6, anyone caught going 10 mph over the 15 mph speed limit in school zones that have these cameras can expect a $50 ticket in the mail.

"Police officers can issue anywhere from 16 to 25 whereas the law says the cameras can only issue at 26. So I think my message to the public is go 15," said Kevin Helfer, City of Buffalo parking commissioner.

The city says a percentage of the fine will go to Sensys Gatso, the Boston based vendor providing the cameras, before going back to public safety and infrastructure around schools. So where can you find those cameras?

The city analyzed both 311 and police data to put them in areas known for being heavily congested or where several accidents have taken place. But drivers shouldn't expect all of those cameras to stay in the same spot.

"We will move the cameras around based on data," said Buffalo Mayor Byron Brown. "People speeding too much, people getting in accidents, complaints."

They will only be live one hour before school begins and one hour after kids leave school in the afternoon. But some parents say it should be in effect all day, just like the 15 mph school zone speed limit.

"I think maybe it's a work in progress, they might have to work out some kinks but yes, it should probably be available at all times," Martin said. "Again during school hours, the cameras should just be ready to go and police should be ready to go."

That's because he says there's a heavy price to pay if people don't slow down.

"You hit them or your child gets hit.. It's going to be a big uproar," Martin said.

The city says the rest will be up shortly but didn’t provide a specific date.

A spokesperson for the city says it’ll be a few days before the city has exact numbers on how many people sped through school zones on the first day the cameras went live.