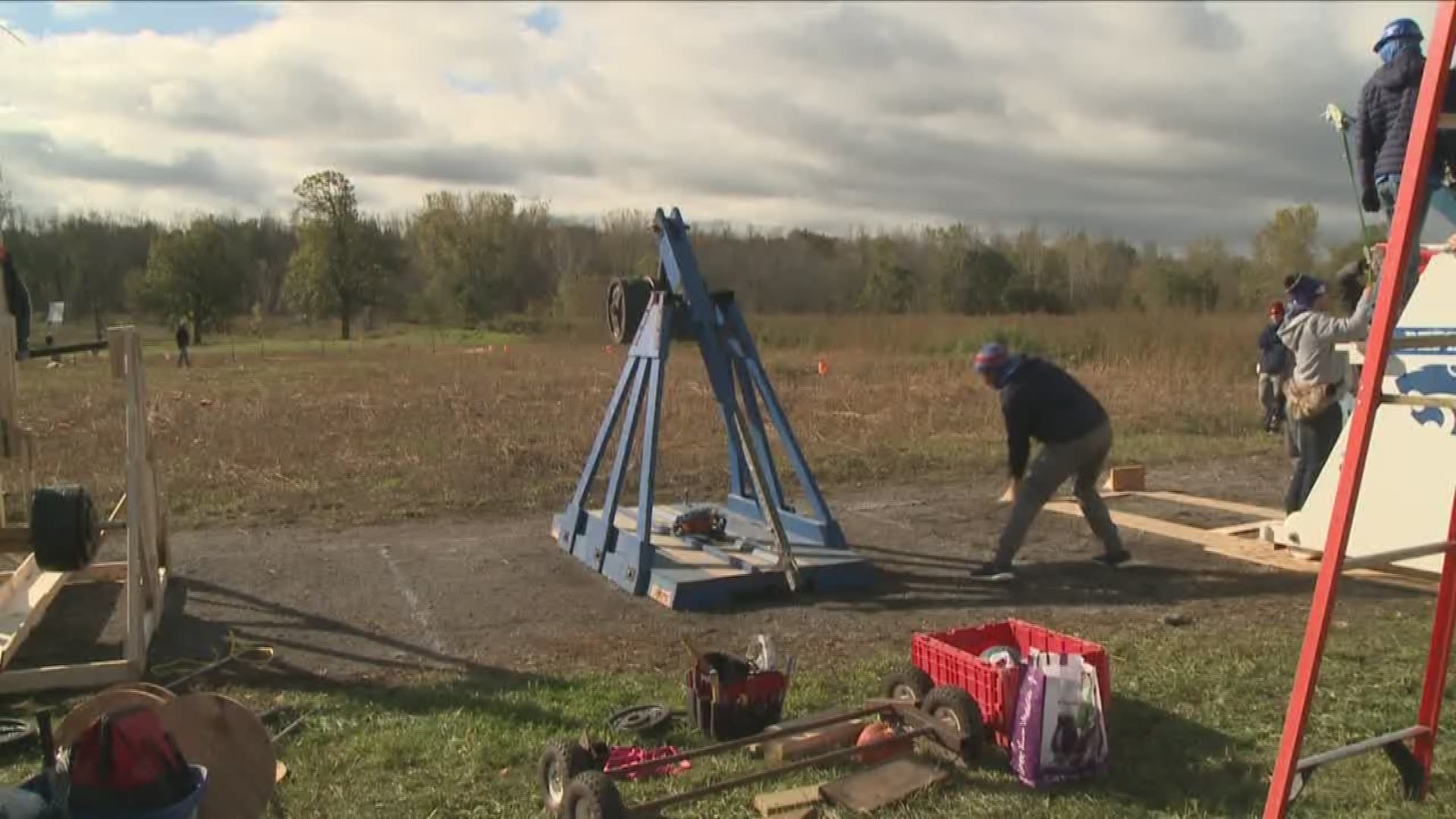 CLARENCE, N.Y. - High school teams worked all year to build the perfect pumpkin catapult and now the time has come to see if their creation will launch them into first place.

Teams use knowledge from math, science and technology to design and test their creations with hopes of winning trophies, cash prizes and prestige.

Prizes are awarded for longest distance, highest number of shots and “storming the castle” (hitting a target 150 feet away). Which Pioneer Central won.