As we greet the arrival of Fall weather, we remember that this slight chill down is nothing compared to the sight many Western New Yorkers experienced 12 years ago. 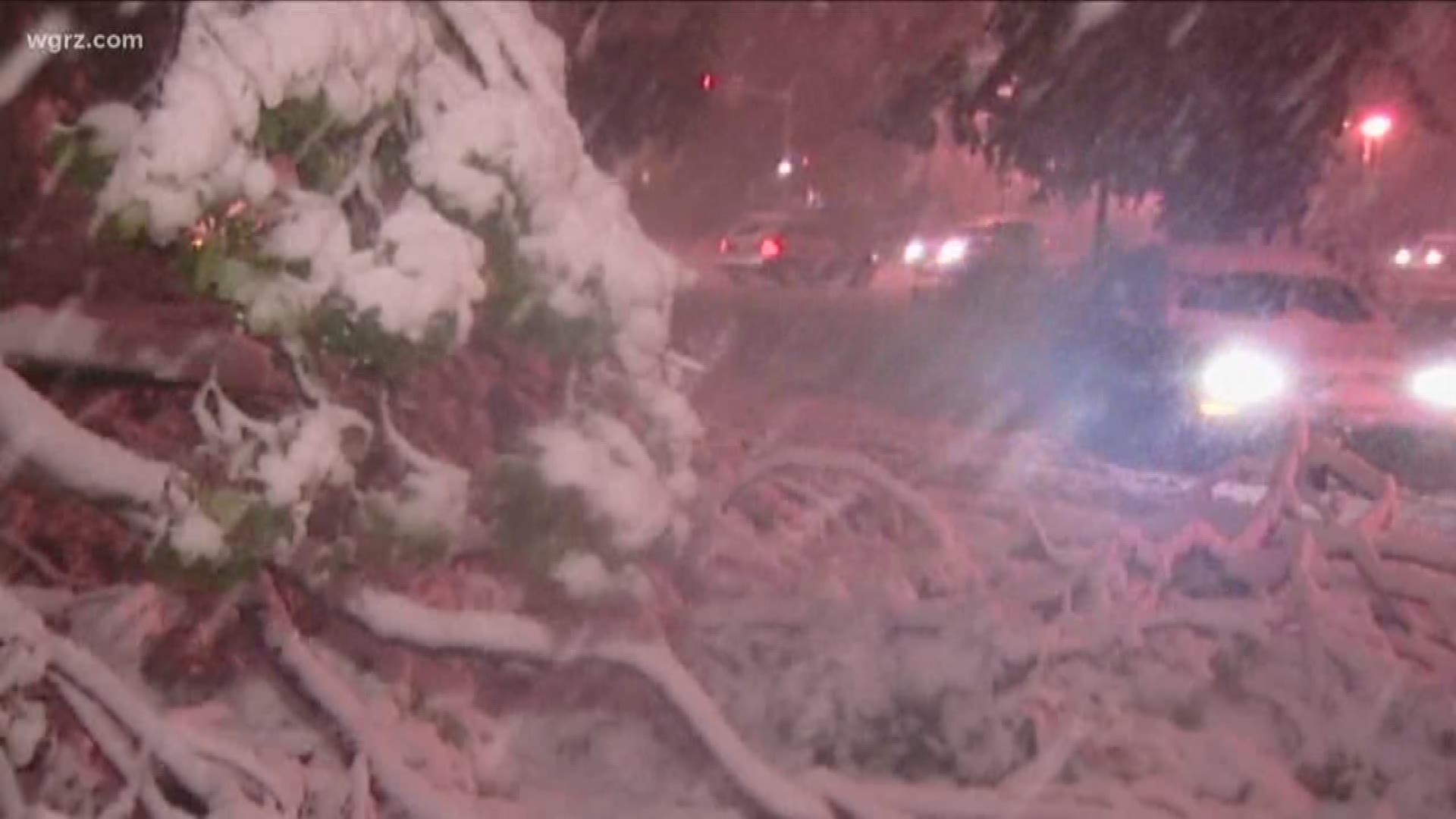 BUFFALO -- It's chilly this morning, but it's nothing compared to the sight many western New Yorkers experienced 12 years ago.

The October Surprise storm of 2006 knocked out power to roughly 400,000 homes and businesses. National Grid reported damage to 200 of its transformers.

Darwin Drive in Snyder was without power for almost two weeks.

The storm was also deadly. 15 people reportedly died around that time, and 200 others were hospitalized due to carbon monoxide poisoning.

Buffalo was hit particularly hard by the snow, receiving close to 20-inches of snow.

Other areas like Alden and Depew had closer to 2 feet.

It's estimated that the storm destroyed roughly 57,000 trees.

The problems caused by the storm were many, but its arrival brought an opportunity for Western New York to show what it means to be a good neighbor.

You can click here for viewer submitted photos from the October Surprise storm.