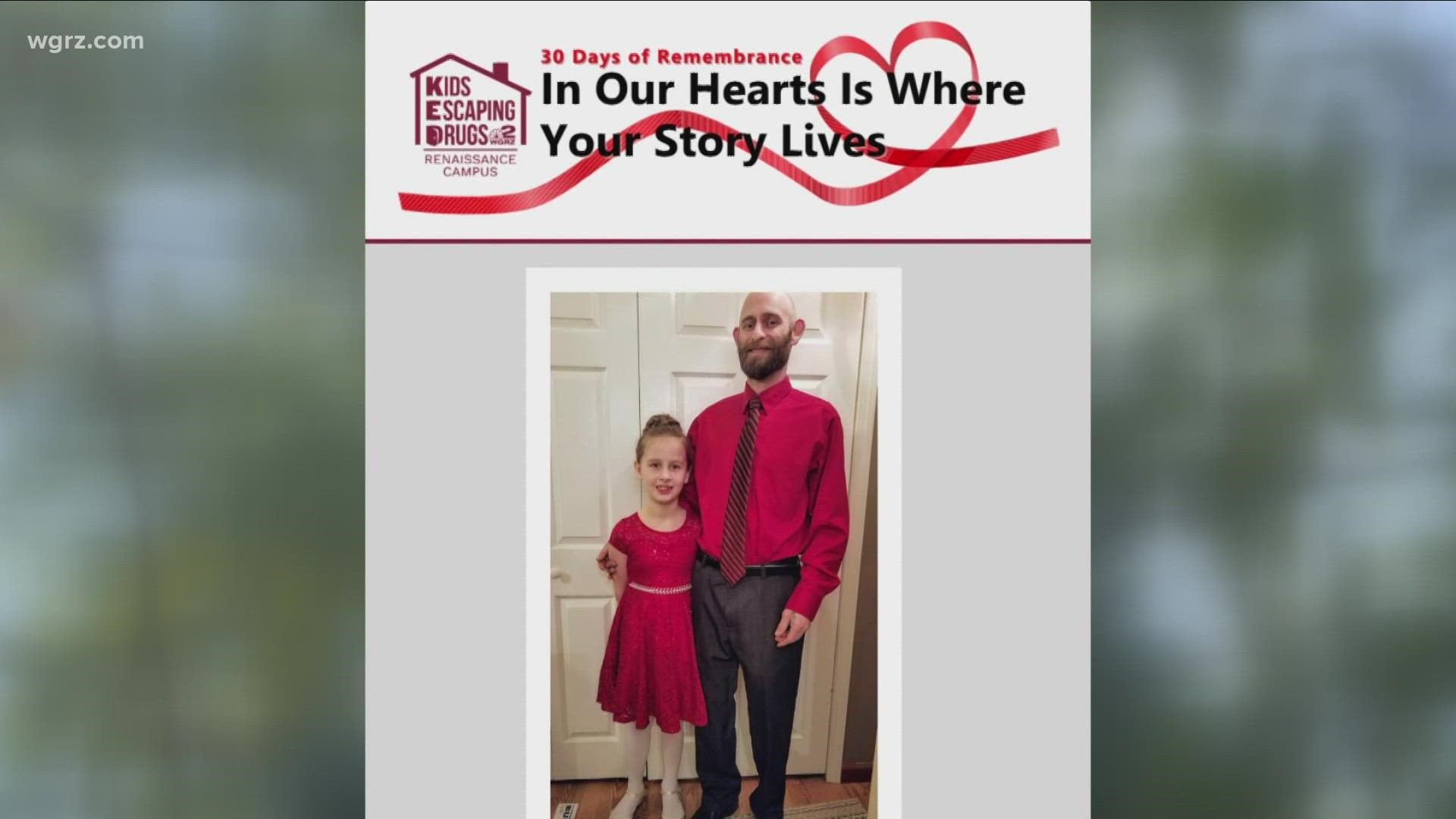 BALDWINSVILLE, N.Y. — Caitlyn Virginia, 11, lost her dad this summer to an overdose, so she decided to start a lemonade stand in his honor to benefit Kids Escaping Drugs.

"He was really nice, and he tried to make other people happy," said Caitlyn Virginia.

Chad Virginia, a 44-year-old father of two from Baldwinsville passed away in July from an overdose. He was a master craftsman and had a special bond with his daughter, Caitlyn.

Chad and Caitlyn built a lemonade stand together, and after his passing, Caitlyn decided to use it to raise money in her dad's honor to help other families.

"So, they didn't have to, like, go through what we were," said Virginia.

They chose KED after hearing about it at the calling hours of another person who passed away after an overdose.

Complete strangers heard Caitlyn's story and came out to support her, and it meant a lot to her.

"The people that, like, lost like their dad, or a family member in general, can instead of doubting all of the positive things, you can turn it into actually something positive instead of thinking negative," says Virginia.