Forty players hit the ice Sunday morning for the start of a marathon hockey game, with the goal of playing for a world record 252 hours. 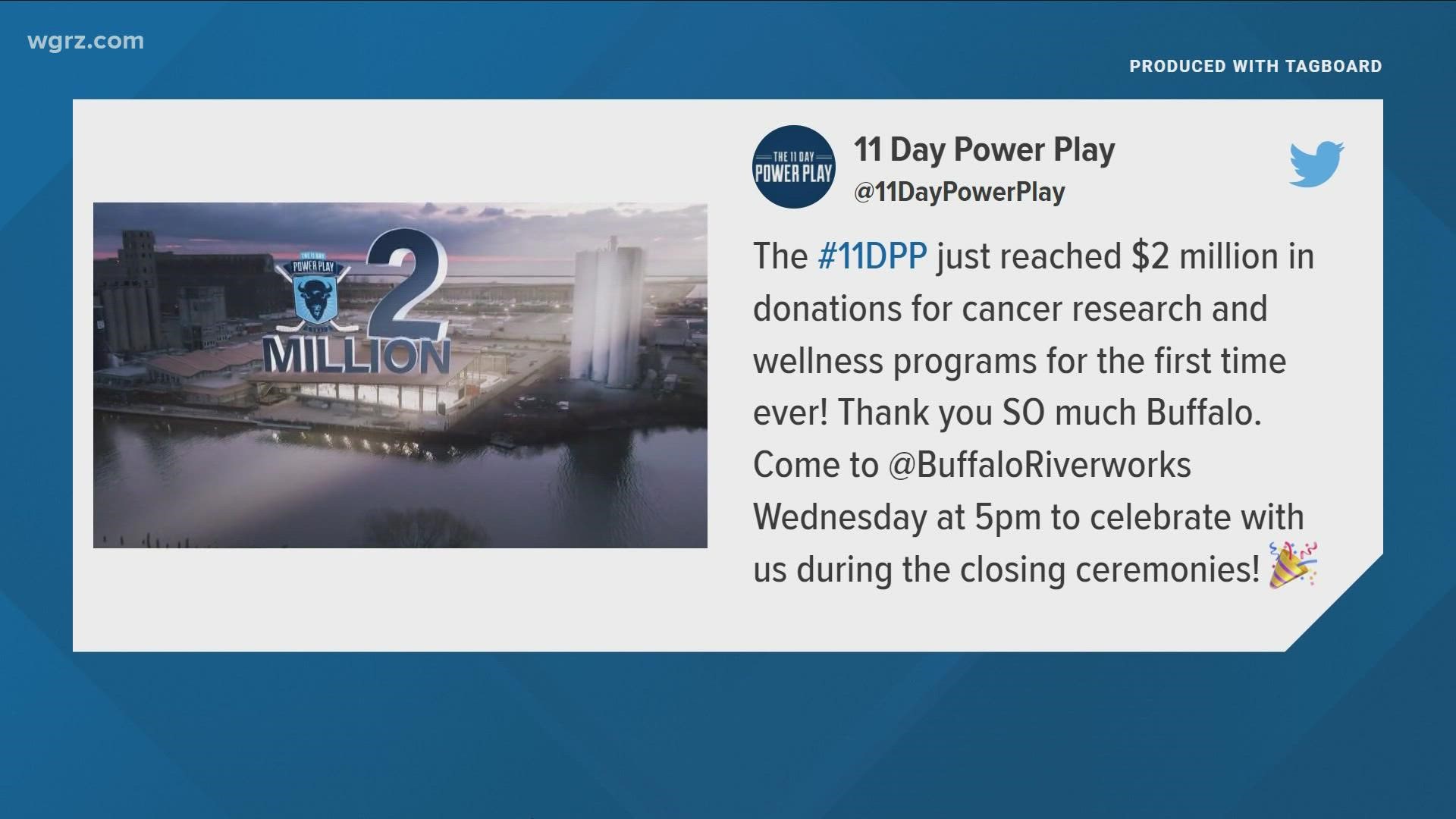 BUFFALO, N.Y. — Score! With two days left, the 11 Day Power Play has reached the $2 million mark for the first time in its five year history.

The hockey event raises money for cancer research and support services. It's happening outdoors at the Buffalo RiverWorks rink downtown through Wednesday.

Forty players hit the ice Sunday morning, including 2 On Your Side's own Pete Gallivan, for the start of a marathon hockey game. The goal is to hit 252 hours played to break the world record for the longest hockey game ever with two teams of 20 players rotating in and out.

The #11DPP just reached $2 million in donations for cancer research and wellness programs for the first time ever! Thank you SO much Buffalo. Come to @BuffaloRiverworks Wednesday at 5pm to celebrate with us during the closing ceremonies! 🎉 pic.twitter.com/s6TAG5Bp9N

Around 1,000 other people are playing on an adjacent ice rink to the world record one.

Dr. Renier Brentjens of Roswell Park said the dollars raised support clinical trials in their immunotherapy program, and they will be used to leverage much larger grants. He is a Buffalo native who recently returned home to become Deputy Director at Roswell.

Brentjens told 2 On Your Side he wasn't surprised by the impact the 11 Day Power Play has had.

"This is the thing that makes me so proud of being from Buffalo," Brentjens said.

"New Yorkers would never do something like playing an 11-day long hockey game but this is Buffalo to its core. If you ever wanted to really see, what's the epitome of Buffalo, it's a fundraiser like this which is just so fantastic."