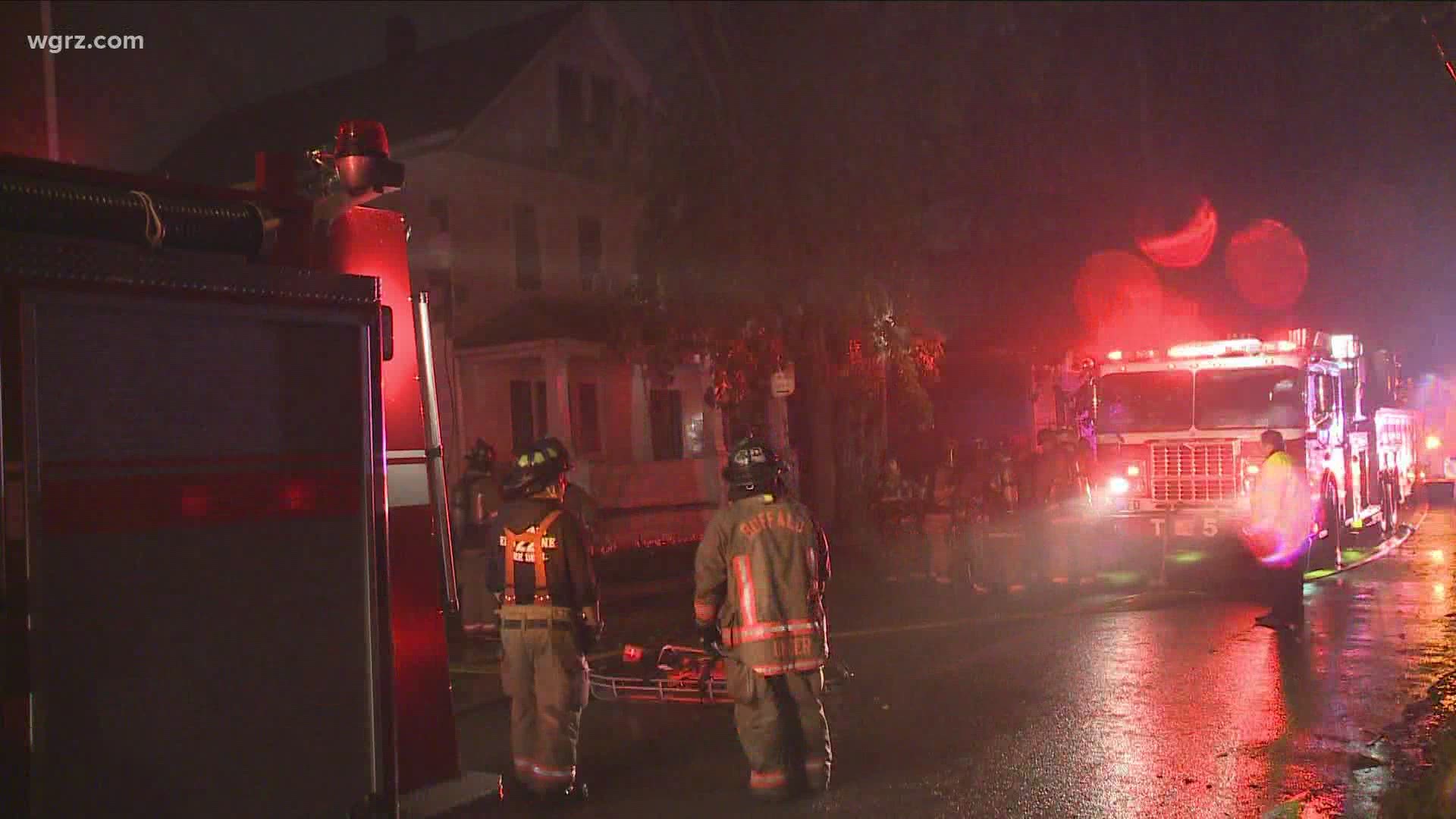 BUFFALO, N.Y. — A 65-year-old woman is being treated at ECMC after an early morning fire on Buffalo's East Side near the Central Terminal, according to the Buffalo Fire Department.

Crews responded to a fire in a multi-unit residence on Concord Street at about 2:45 a.m. Wednesday. The building contained three apartments, but only one of them was occupied, according to fire officials. They say the fire started in first floor bedroom.

The unidentified woman was rescued from the building and taken to the hospital. Buffalo Fire Commissioner William Renaldo says the woman was suffering from respiratory distress. She also suffered multiple burns. Her condition is currently unknown.

Crews originally thought there was another person inside the apartment building, but after multiple searches, they found nobody else. A firefighter was also injured and taken to ECMC where the firefighter was treated and released.

Late Wednesday afternoon, investigators ruled the fire an arson. Damages were set at $70,000.