$1M raised to 'Save The Sullivans'

The Buffalo and Erie County Naval & Military Park told 2 On Your Side back in February that USS The Sullivans is in danger of sinking. 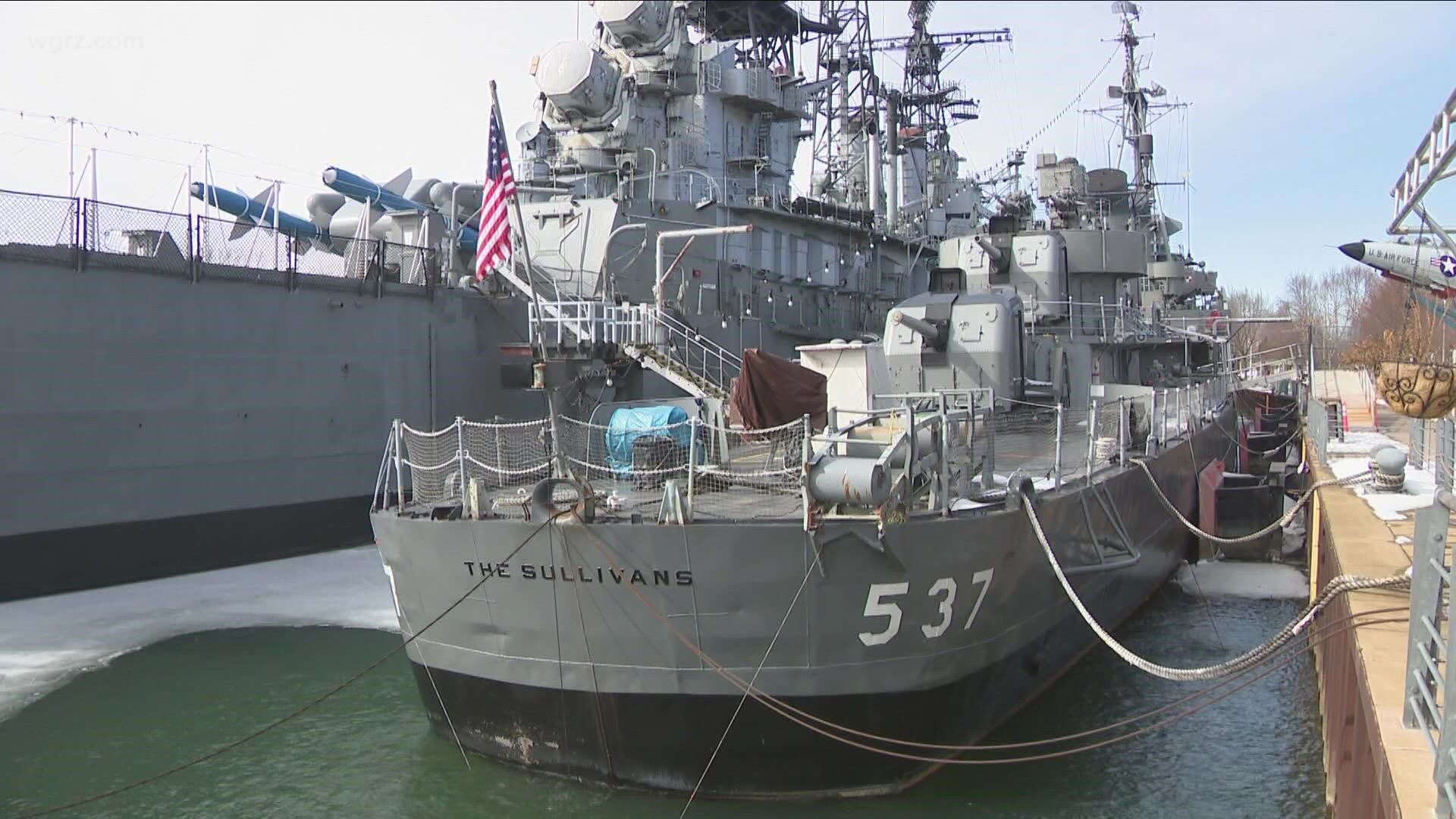 BUFFALO, N.Y. — Earlier this year a campaign was started to help raise $1 million to repair USS The Sullivans to prevent the ship from sinking.

As of Monday, a generous donation from the National Parks Service helped the Buffalo and Erie County Naval & Military Park surpass that goal and "Save the Sullivans."

It's all thanks to a $500,000 grant called "Save America's Treasures" from the National Parks Service. The grant is helping fund 49 projects like this in 29 different states.

The Buffalo and Erie County Naval & Military Park told 2 On Your Side back in February that USS The Sullivans is in danger of sinking, and asked the public to help donate in order to keep the ship afloat. In response many Western New Yorkers and local businesses came forward to help raise money to save the ship.

USS The Sullivans (DD-537) is a 78-year-old Fletcher-Class destroyer that was used in World War II, the Korean War and the Cold War. The ship is named after the five Sullivan brothers who were serving on the USS Juneau together when they were all killed in action on its sinking in 1942. The ship is a historic landmark.

Thanks to many generous donations, repair work began officially began on USS The Sullivans back in August. Now, this additional money will help pay for the equipment and divers needed to fix the ship and keep it from sinking.

"Now were in the process of not only reaching the goal of $1 million that we can use to repair the hull, but also leading into a campaign that we can create an endowment for the long term preservation of that ship," said Paul Marzello, president and CEO of the Buffalo and Erie County Naval & Military Park.

Repairs to the ship have stopped for now due to the cooler water temperatures, but they are expected to pick up again in April.